While building fake narrative continues against BJP ruled States, there is as usual dead silence over the murder of democracy in West Bengal. 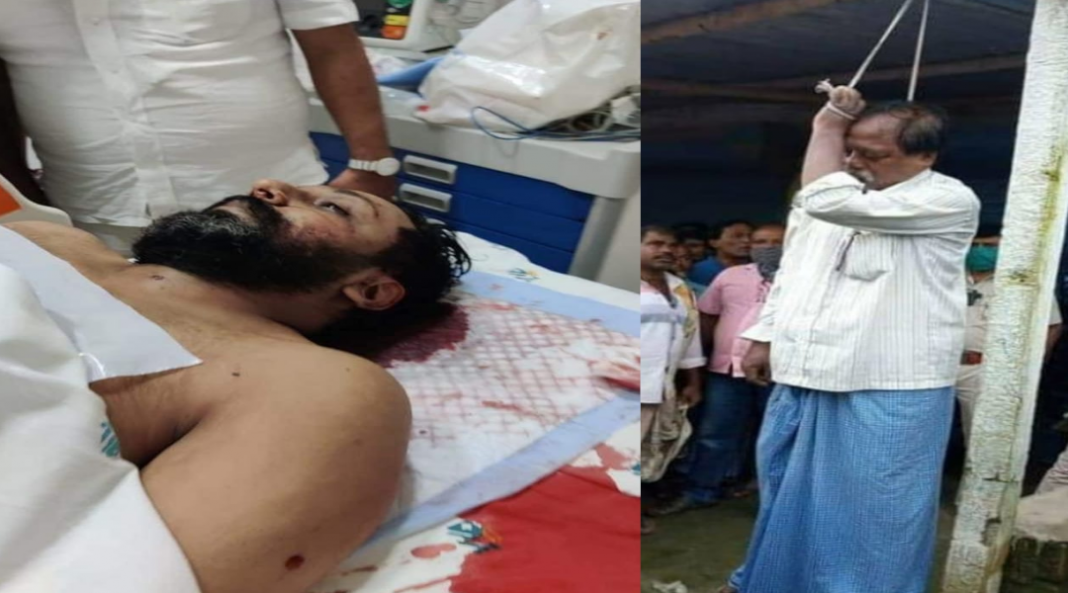 BJP leader Manish Shukla was shot dead on Sunday by two masked assaulters near Titagarh in Barrackpore district. Tensions aroused in the district after the news of shukla’s death at 9:20 p.m. on Sunday BJP workers had blocked the BT road and also called for a bandh from Dawn to dusk on Monday demanding the arrest of the assaulters. They are also demanding for the CBI enquiry into it. According to the eyewitness, Mr. Shukla was shot dead in the head and the chest by the two masked gunmen on the motorcycles. He was then rushed to private hospital in Kolkata and was declared dead on arrival by the doctors. The saffron party is erupting in anger. Several leaders of the party have expressed anger against the Mamata Banerjee government against the brutal act of public killing their partyworker in one tweet after another.

BJP general secretary Kailash Vijay vargiya has blamed CM Mamata Banerjee for his death. He also added” we have no faith on the police as a killing happened in front of the police station. There has to be some link. There should be a CBI probe into it.” Arjun Singh, close associate of Mr Shukla, also alleged the TMC party for executive the attack. Senior party leader Arvind Menon to accused ruling party and the state administration of providing shelter to the criminals. It is noteworthy that like Arjun Singh, Manish Shukla were too with TMC before joining hands with BJP in 2019.

This is not the first time that the BJP workers in Bengal are being attacked and murdered ruthlessly to spread the fear of the TMC party. As per the reports in Sunday guideline nearly 14 BJP workers are killed in state from January 2020 to September 11 2020. These includes mahila morcha leader Radharani Naskar, Ganesh Roy, Rabin Paul, Anup Roy, Sudarshan paramanik (He was attacked by the TMC goons for hosting the national flag in the Hooghly district a Arambagh), Sheikh Liaquat, Bapi Ghosh, Debendra Nath Roy, Pabitra das, husband wife duo shakuntala haldar and Chandra haldar are among the few to be brutally murdered.

In July 2020 of 16 year old girl was abducted, rape and murder by feroz Ali in chopragaj. The minor girl was targeted only because she was the sister of a BJP President. None of the opposition leaders like Rahul Gandhi or Priyanka condemned search acts in West Bengal. Maybe it is their impotency that do not allowed them to interfere in the Bengal issues. They can only perform the Circus shows in the U.P. for the rape case that too which never happened. Where are the so called concerned leaders when Bengal is burning with violence and having a blood shed? Derek O brein, the Tmc leader had also visited UP to create fake narrative in the Hathras case, but he is silent on the murder of democracy in his own state. While the whole oppn in busy in creating Fake narratives the death of democracy & the rule of autocracy continues in West Bengal.