What happens if you don’t consent: WhatsApp won’t allow users to READ or SEND messages if they reject new privacy rules ? 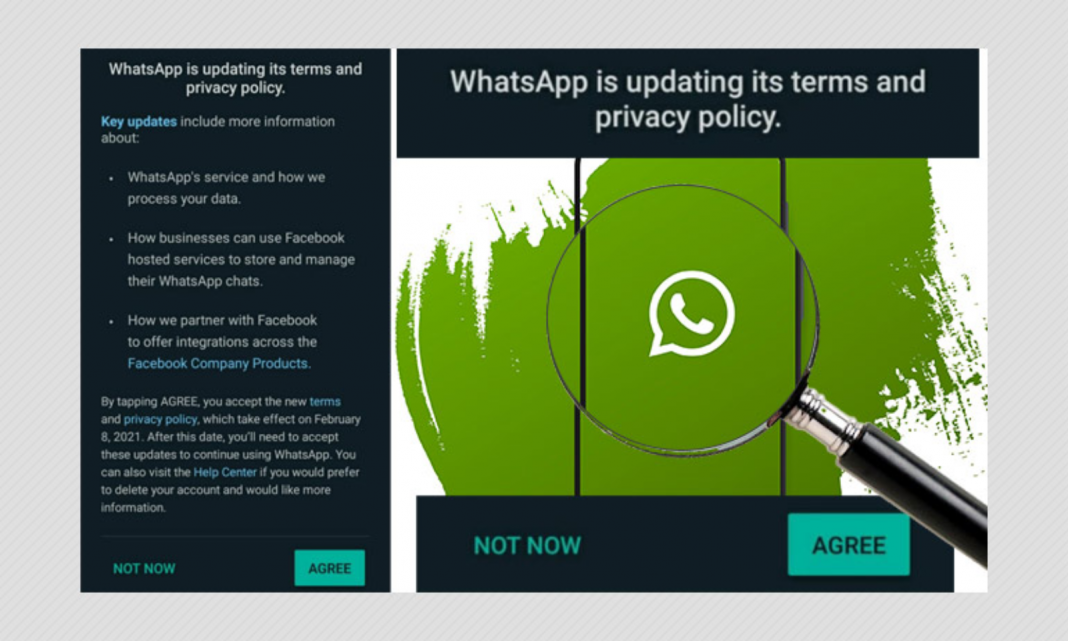 WhatsApp has confirmed that users all over the globe won’t be able to read or send messages unless they agree to its rules on sharing personal data with Facebook. The new T&Cs have sparked backlash and led to a surge in popularity of rival apps.

On Sunday, the company shared the details of how the new terms of service will affect its users with the tech news website TechCrunch. The comment came after the outlet cited an email sent by WhatsApp to one of its merchant partners.

Last month, WhatsApp asked users to agree to an update that will allow the messenger to share personal data, like phone numbers and locations, with Facebook, which owns the app. WhatsApp will start to “slowly ask” users to sign off on the new terms in order to have “full functionality” of the messenger, if they haven’t done so, before May 15. If users still do not accept the terms, for “a short time” they will be able to get calls and notifications, but will not be able to read or send messages. This “short time” will amount to a few weeks, TechCrunch said. The planned update immediately sparked uproar and concerns over privacy. The backlash prompted the company to move the deadline for the change from February 8 to May 15, 2021.

A petition has been filed before a New Delhi court in India, WhatsApp’s biggest market, alleging that the messenger’s new terms of service violate the right to privacy and pose a threat to the national security. Earlier this month, the court asked the company to provide a response to these claims.

The controversy prompted some to switch to WhatsApp competitors Telegram and Signal, with the latter being pushed by Elon Musk. Both services have seen a surge in downloads in recent weeks. Many Indian apps are also getting developed like ‘sandesh’ and ‘cuckoo’.

WhatsApp wrote on its corporate blog on Thursday that the users’ private messages will continue to be secure. “We will always protect your personal conversations with end-to-end encryption, so that neither WhatsApp nor Facebook can see these private messages,” the company said.

It added that the update will allow users to chat with businesses or shop online, and this function will be “entirely optional.”

This war will continue and it will be interesting who will blink 1st! Time to watch the fun from the side galleries.