Weaponising Cricket: A status check for the Dhimmified and Colonised mind 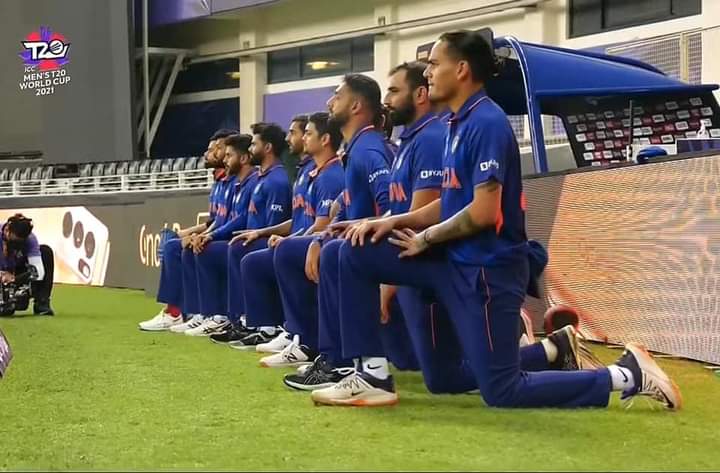 Palau is a small country consisting of a cluster of around 340 islands east of the Philippines. It has the distinction of being one of the fifteen countries to have full diplomatic relations with Taiwan. Then the People’s Republic of China launched a “charm offensive”. Multi-million dollar property investments and loans followed, as did 55,000 Chinese tourists who visited the country with a population of less than 18,000. However, when Palau, who welcomed the initiative and the investments, reaffirmed that their values made them closer to Taiwan, the Communist regime branded Palau an ‘illegal destination’. The Chinese tourists stopped as suddenly as they started. Hotels and eateries boarded up; China had weaponised the tourism business.

Similarly, Ivy League colleges across the USA are reluctant to offend the Chinese Communist Party. It is not a political stand but a pragmatic one. Chinese students comprise a large percentage of their revenues, and Chinese alumni contribute to their endowments. Offending such generous benefactors hinders their ability to run top-quality academic and research programs. Xi Mingze is the daughter and only child of China’s strongman; Xi Jinping, is an alumnus of Harvard University who enrolled for her Bachelor of Arts degree in psychology in 2010 and completed it in 2014. Starting from 2009, the Harvard-Yenching Library signed a six-year, multimillion-dollar project to digitise major sections of its rare books collection in cooperation with the National Library of China, which lasted till 2015. China had successfully weaponised the education business.

Cricket is one of the spheres where India has absolute dominance, i.e. in terms of revenue and nothing else. Apart from contributing 90% of ICC’s revenues, there is little or no other role the uninformed natives are deemed worthy of. As a former colony, the administrators and players are still beholden to our former colonial master. Add the spirit of Indian secularism, and we have a potent mix of millionaires confused about their identities.

India – Pakistan cricket encounters are surrogates for the lurking and lingering hostility between the two countries. That the Indian team were outclassed and outplayed in the batting, bowling and fielding departments were witnessed live. However, the actual defeat came as the match unfolded and subsequently in the virtue-signalling department and played across multiple arenas.

On the field, only one side had complete clarity of purpose that they were playing for their country and their God, however unpolite, uncivilised or politically incorrect it may seem. The other side, with their confused identities, didn’t know if they needed to fight based on their millennia-old Dharma of which they had no clue, please their colonial masters, establish their Secular credentials or pander to potential Woke sponsors who endorse and support a political movement called “Black Lives Matter”, especially when there are no blacks around. The BLM itself derisively referred to people from the Indian Subcontinent as POC or People of Colour, somehow signalling that White and Black weren’t colours. POC were seen as silent or even active supporters of systemic racism; there was no sympathy for hate attacks on vulnerable minorities in India’s neighbourhood or the USA. Indians even lost the initial court cases in the 1970s and 2010 when the “dot-busters” and “dot heads” when on a rampage.

What forced the Indian cricketers to bend the knee for an alien, unsympathetic culture when India witnesses systemic bias and ethnic cleansing is inexplicable. After a humiliating defeat, the brazen celebrations by closet supporters of Pakistan in India gave a hint of things to come. A Pakistani minister’s declaration that this was a victory for all of Islam seemed to force India’s secular forces to attempt once again to prove their secular credentials. A tsunami of voices flooded social media proclaiming their love and support for Md Shami. If Shami’s heart beats for India, as his supporters claimed, he must be willing to be lauded, criticised and trolled with his teammates, irrespective of their religions.

Some may argue that the private club that administers Cricket in India, the Board of Control for Cricket in India (BCCI), isn’t as soulless as it seems and point to the heartbreaking reactions across the country when a 25-year-old Australian Phillip Hughes was hit by a bowl and died subsequently in 2014. First, the media and celebrities engaged in competitive mourning for the unfortunate young man. Then, in April 2021, at a match in Raj Nagar Extension, Ghaziabad, while two unnamed teams were playing under the floodlights, an unnamed player was struck by a bowl at 120 Kmph. He collapsed and was rumoured to have died until he emerged two days later to say he was fine. In the interim, the media blitz, the public outpouring of grief, the eulogies from BCCI and condolences from cricket’s greatests can be seen as visibly and prominently as those who trolled Md Shami.

The hearts at BCCI and of our cricketers beat for money, their sponsors and instant fame. Not for Indians and definitely not for Hindus. After all, “Kufr tho toot gaya!”

Till India learns to be clear and unapologetic about what constitutes a unique Indian identity, even an absolute dominance in any field will not translate into any influence; forget dominance!