Strategy for Prevention of Wars

Prevention is Better than Cure 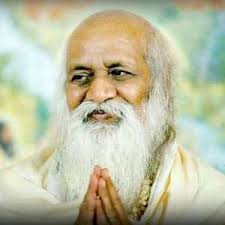 The best strategy for the prevention of wars is to prevent the birth of an enemy. Prevention is always better than cure.

In the Yoga Sutras of Patanjali, it says:

“Avert the danger that has not yet come.”

Wars always begin in the minds of men. If the mind is weak and stressed, even friends or neutral persons will be viewed as enemies. When the mind of a leader is saturated with fear and doubt about his nations’ safety, he will threaten the peace of other nations and even create the ground for conflicts to arise. Friendship today could turn to enmity tomorrow. Problems arise from a lack of coherent thinking. Misinterpretations, confusion and muddled thinking often becomes the cause of war. Prevention of wars is only possible by releasing stress in world consciousness.

The mind of the citizens of a country must be educated to think and act in harmony with natural law. The leader of any country always reflects the collective consciousness of the nation. If the nation is coherent, the decisions of its leaders will be more effective and produce more positive outcomes for the nation. Wars can be prevented by systematically educating the citizens of every nation to think and act spontaneously in harmony with all the laws of nature. This is done by training the mind to contact the unified field of natural law at the basis of life itself.

During the practice of the Transcendental Meditation technique (as taught by Maharishi Mahesh Yogi), the mind settles down to its least excited state and effortlessly experiences pure consciousness, the ground state of all the laws of nature. This experience enlivens the ability to have both broad comprehension and the ability to focus sharply. The individual mind is aligned to the holistic value of pure intelligence. This experience enables the individual to develop the state of unbounded awareness, a state of awareness which is of vital benefit in every situation one faces in life. When the mind is anchored to the state of pure consciousness, the aspect of both silence and dynamism is fully enlivened in one’s awareness. One gains both stability and adaptability which is of immense value when confronting challenging situations.

The Basis of War

When the individual mind is enlivened with the value of the unified wholeness of life, then enemies will not be born. Stopping wars from arising is only possible if one can stop the basis of war. The basis of war is ignorance of how to co-exist in harmony with one’s fellowmen. So much is known about science, technology and industrial advancements, but so little is known about preventing social conflicts from arising! Organizations like the United Nations, treaties, verbal pacts have all proved to be ineffective in creating a united world. A peaceful world is composed of peaceful nations just as a peaceful nation is composed of peaceful individuals. The mind of every individual has to be aligned with the cosmic value of intelligence which administers the infinite variety of the universe.

The best defense is to develop a state of inner peace and harmony, a state in which no enemy will ever arise. Even if one percent of the population of a country enlivened pure consciousness in their awareness on a regular basis, it would bring a measurable  benefit to the whole country. When large groups practice the TM and the advanced TM-Sidhi program together, the effect is magnified and powerful waves of coherence spread into the whole society.

The antidote to violence is contained in Patanjali’s Yoga Sutras. It says:

As We Sow, So Shall We Reap

The principle of amassing more and more weapons in order to deter the enemy  from striking is an obsolete principle today. Amassing stockpiles of weaponry can never save a country from attack. This strategy can only lead to life in perpetual fear. In this age of nuclear weapons, can any country save its nation from destruction and death? One must find another long-term solution to the problem of war. If a nation supports itself by the large-scale sale of weapons of mass destruction, it will not be able to escape the consequences of such acts. As we sow, so shall we reap is an age-old proverb. If a nation is indirectly causing the death of thousands of people anywhere in the world by sowing the seeds of conflict, the nation will reap the effect of destruction and death within its own borders. The chance of an escalation of conflict in the nation will always be imminent. The major arms-producing nations, especially the United States, which have secretly created and prolonged conflicts in the world are facing the repercussions of such actions in the escalating violence in their countries today.

The best defense for every nation is to make the nation so powerful and coherent from within that it never has to resort to an action as gross as war. A truly powerful nation can prevent war from ever arising. The only solution is to make the nation so inwardly coherent that the coherence itself will act as an armour to prevent any negative influences from penetrating inside. It is a universal principal in Nature that internally coherent systems possess the ability to repel negative external influences. Incoherent systems are easily penetrated by disorder from outside.

Only a nation that radiates love, friendliness and affluence will be able to create a viable long-lasting defense. If a nation does not radiate any destructive influences, then no enemies will be born.  When national consciousness becomes coherent, social conflicts will subside. Such a nation will begin to radiate a more harmonious and uplifting influence into the world. The harmony it radiates will return to the nation and lead to positivity, peace, health and happiness within its own borders. This will help the world rise to a new level of mutual sustainability and global unity.

The Transcendental Meditation and TM-Sidhi Program is the most scientifically validated meditation technique in the world. More than 500 scientific research studies have been conducted during the past fifty years at over 214 independent universities and research institutes in 27 countries. Studies have been published in major scientific journals. These studies have validated the profound benefits of the Transcendental Meditation Programme for the individual and for every area of society, including health, education, business, industry, rehabilitation, defense, agriculture and government.

Barbara Briggshttps://barbaraannbriggs.com/
Barbara Ann Briggs is a teacher of Transcendental Meditation, a poet and the author of Pilgrimage on the Path of Love, a novel of visionary fiction. For more information on her books, visit her website: https://barbaraannbriggs.com
Previous articleChennai based NGO RYA Madras Cosmo Foundation Conducts Free Monthly Eye Camp
Next articleWhy Hindu Men and Women are always Intimidated and Threatened on Social Media by Radical Gangs?
- Advertisement -