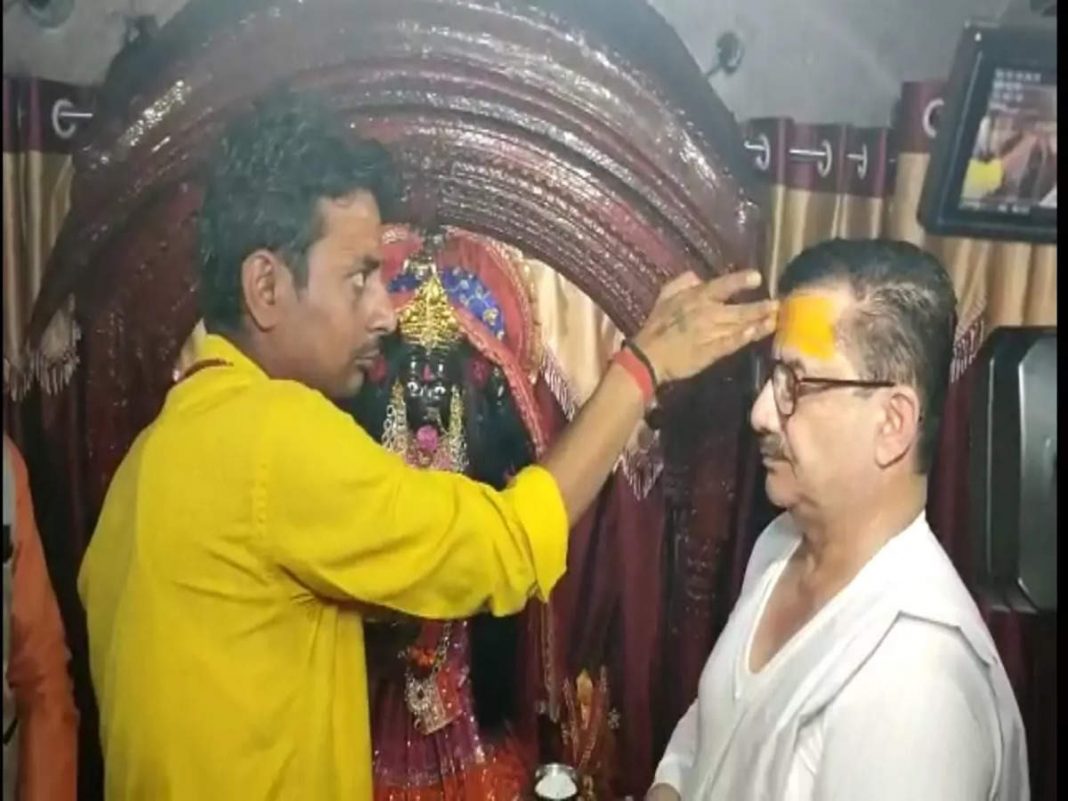 Wasim Rizvi’s voluntary reconversion has divided Hindu community with one section welcoming his personal decision, another section attacking him for getting privilege to be a Brahmin on conversion while some are looking at him suspiciously as a mole who will undermine Hinduism from inside.

This is where Indic faiths and even Zoroastrian faiths have an inherent flaw when compared to more aggressive faiths. They don’t have clear cut provision for conversion even of those who were forced out of their faiths.

It won’t have mattered in antiquity when religion was not a defined entity and belief system was more a way of life of the reigning society with far more tolerance to diverse views and it was time to specially in South Asia where a person could be Hindu, Buddhist, Jain or all three at same time with no one batting an eye.
Oriental faiths were more of wisdom seeking faiths where debate, questioning, spiritual inquiry were allowed and even encouraged. Even Greek travellers were intrigued at highest level of debating and quest to search for truths in the world.

Badami Caves, Ajanta Ellora caves, Chandragupta Maurya times were the era when King could be Hindu and patron of jain or Buddhists or vice versa.

It even ran upto times of Kanishka who was a Buddhist according to most historians but also a strong follower of Rudra (God Shiva).
Shakas, Huns, Greeks all had come to India but they were warmly welcomed into Indic fold. Hinduism spread to South East Asia because it was embracing and welcoming.
There was no laxman Rekha between faiths and one chose their way of life based on what one wanted.

After Abrahamic invasions into India to colonise and subjugate, the non existent boundaries were drawn in our land where one had to choose their religion.
You could be killed for not converting or abandoning your ways. “Convert or die” was introduced into lands where Chandragupta Maurya lived like a Hindu, was adviced by a Hindu sage Chanakya, left his kingdom to live like a jain and his grandson was greatest patron of Buddhism.
King Harsha, Gupta kings, Chalukya kings, Satvahanas, Cholas, Pallavas were all in same mould of being patrons of all Indic faiths at same time.

Indian cultural practices were simply caught unawares to this alien challenge of how to deal with those who were forcibly converted or had to abandon their way of life as a precautionary measure or in some occasion greed of ancestors or maybe in few cases disgruntlement to prevalent cultural and societal issues.

Nobody has outlined this problem better than Veer Savarkar in his books.

He criticised rigidity and stubbornness of hardcore traditionalists who simply refused to adapt.
This has caused immense harm to cause of Hindus and Bharat itself.
It is almost like a father abandoning kidnaped rape victim to her own devices instead of offering her shelter, love, compassion and redemption.

Some progressive acharyas even in those times had outlined the process on how to welcome those who wish to come back and had devised a reintroduction protocol. Even a particular caste of Kshatriyas was assigned for those who chose to come back voluntarily.

That was heavily utilised in Middle Ages by many Indic warriors like Suheldev, Raja Bhoj and it was perfectly fine with new Dharmic traditions incorporated as Hinduism itself by its very nature is a very adaptable faith which is supposed to take account of surrounding reality.

Rigidity is never good for any faith as it freezes innovation, free thinking and progress.

Acharya Vidyaranya reconverted captured and converted soldiers Hakka and Bukka in 14th century Karnataka and they gave us the glorious Vijayanagara Empire which was epitome of Indic civilisation in later Middle Ages.

The most famous reconversions taken by Chatrapati Shivaji Maharaj was of Netaji Palkar, sarnaubat or senapati of Maratha army who was captured and converted by Mughals post treaty of Kondhana. He was named as Muhammad kuli khan by the Mughal invaders.
He even was forced to fought for Mughals in Afghanistan and he had tried to escape from clutches of the barbarian tyrants but failed.
Finally he got a chance when he was posted in Maharashtra, and Chatrapati Shivaji Maharaj got him reconverted back at Raigad after ensuring his rescue.
He travelled to Raigad to meet Shivaji Maharaj and requested him to take him back in Hindu fold. Shivaji Maharaj ensured that happens and he got reintroduced into CKP fold.

His defection earlier to Bijapur sultan itself was apparently a strategy of Shivaji Maharaj to portray weakening of himself to prevent Aurangzeb from forcing Shivaji Maharaj to join them. Chatrapati Shivaji had so many tricks in his bag to further cause of Hindwi swarajya that it’s impossible to believe he wasn’t divinely blessed.

Another person of note who was reconverted into Hinduism by Chatrapati Shivaji Maharaj was Bajaji Nimbalkar who was forcibly converted by Adil shah.

Bajaji was brother in law of Chatrapati Shivaji Maharaj.

Isn’t it amazing that some stupid Hindus actually think they are bigger Dharmic followers and more Hindu than even Chatrapati Shivaji Maharaj and have blocked re entry of many who wished to come back to their original fold. They are outraging on how people can be allowed back.

Most tragic example from past is that of Kalapahad of Odisha who was tricked into converting for love as an early case of Love Jih@d and then when he wanted to come back after his eyes opened, he was mocked, insulted and denied. In revenge due to anger and frustration of being forced to live in a faith which he didn’t want to, he attacked Sun Temple of Konarka, laid large parts of Odisha to waste and even idols of Jagannath Puri had to be moved to save it from his mad fury and that part of history is extremely sad.

Same happened with grandfather of Jinnah who was ostracised due to some petty reasons like him being in business of fishing and it ended up with India getting partitioned.

Recently we have seen reconversion of daughter of Sukarno of Indonesia Sukmawati Sukarnoputri which again ignited lot of interest due to a prophecy.

One of the person who was elemental in reconversion of tribals forcibly converted or tricked was Dilip Singh Judeo. He was hounded when he was actually protecting tribals from predatory evangelists/Maoists who were exploiting them physically, financially, morally and sexually.

Everyone has a right to practice his religion in any mature democracy and Hinduism should follow ideals of Acharya Vidyaranya and Chatrapati Shivaji Maharaj in offering space to those who want to return to their original faiths on their own accord as many conversions in India happened under duress due to foreign invasions and was probably because some had to undertake that painful decision to sell their souls to save their lives or loved ones.

Not everybody could be like Shambhaji Maharaj or Guru Arjan Dev to have endured inhuman torture and pain and still refuse to convert to barbarian invaders.

Tipu had forcibly converted entire swathes of Kerala and Coastal Karnataka by torturing people and subjecting to immeasurable inhumanity. If today some of the descendants of the oppressed souls want to honour the memory of their ancestors and revert back, Hinduism should have it’s arms open and also have a rehabilitation program.

Courts have also given verdict about it many a times. The beauty of India and it’s oral traditions is record of lineages and one can simply visit Nashik or Haridwar and find out all about his ancestors. It was probably the greatest project taken by mankind before human genome project to keep people in touch with their history, their lineage and their past.

Let the gates be open for those who were forced to leave.