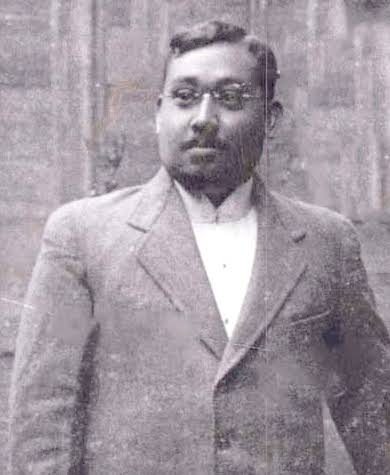 Today happens to be the 77th punyatithi of India’s most fascinating revolutionary, Biplobi Rashbehari Bose. As distinct from the other freedom fighters who were willing to die for our mother nation or go for the kill, Rashbehari Bose was a master strategist, a thinker, planner and a cool – headed leader, who set the British on a wild goose chase after leaving India and setting up base in the Far East, to hand over a death blow to the British with the help of the Axis powers. His exploits against the British inspired the most celebrated 19th Century Bengali novelist , Sarat Chandra Chattopadhyay to pen his most engaging novel, ‘Pather Dabi’.

Born in East Bardhaman, currently in West Bengal, on 25th May, 1886, Rash Behari Bose worked as a head clerk in the Forest Research Institute at Dehra Dun. He came into contact with Amarendra Chatterjee of the Jugantar and Bagha Jatin to get involved in the revolutionary activities of Bengal. He was one of the key organizers of the Gadar movement, organized with the intent of weakening the British during the 1st World War. The movement however failed.

Rash Behari Bose left India to esacape trial on him due to his involvement in the failed assassination attempt on Lord Hardinge, the then Viceroy of India in December, 1912. Rash Behari Bose went to Japan, got married and settled there and was instrumental in convincing the Japanese to support the Indian patriots in their freedom struggle against the British. He was also responsible for introducing the Indian spices to Japan, which is still served in the restaurants of Japan as ‘Kari’ derived from the word ‘curry’.

Rash Behari Bose formed the Indian Independence League on 22nd June, 1942 and invited Netaji Subhas Chandra Bose to join the league. It is little known that Netaji was referred to Rashbehari Bose by none other than Veer Vinayak Sawarkar. On 1st September, 1942, the Indian National Army (INA), the military wing of the IIL was formed and was handed the powers of the Army to Netaji, though retaining his organizational structure. He was honoured by the Japanese with The Order of the Rising Sun before dying of tuberculosis in 1945.
The Darbari historians never let the various generations of Indians know that it was the triumvirate of Netaji- Rashbehari Bose -Sawarkar whose concerted efforts and strategies were actually responsible for dealing a death blow to the British colonial rulers. Hence, it is imperative that today, on the occasion of the Death Anniversary of one of the real architects of India’s freedom, we revisit his trials and tribulations in freeing our land from the British and make our next generation aware of this real hero, who hardly finds any mention in our history or much reverence even in his birthplace, Bengal.

Amit Pandey
Previous articleBelgium’s Crusade against Radical Islam – Residence permit for controversial Imam withdrawn due to national security threat
Next articleMaharashtra: Pregnant woman forest guard was beaten up by an Ex-Sarpanch; Why Pseudo Feminists and Congress Leadership is MUM?
- Advertisement -