On Line Conferences, Security threat & the need for a Indian organiser. 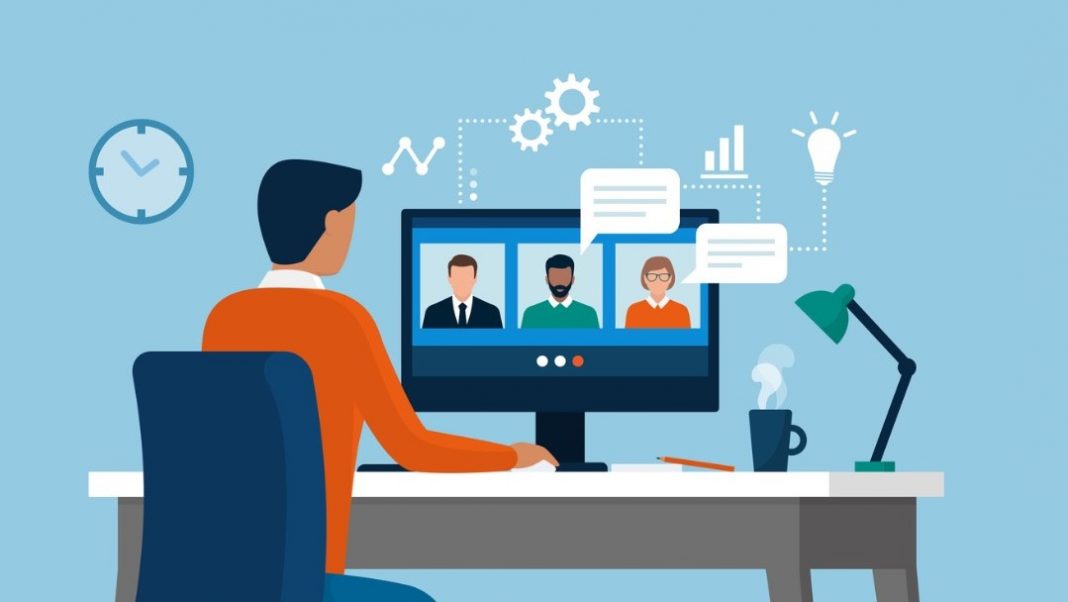 The discussion used to extend to outdoors with free flow of Kebab and aromatic Galotti and hot gajar ka halwa splintered with finely chopped dried fruits and moong daal ka halwa, but the advent of deadly China virus Covid – 19 brought in restrictions, social distancing, closed airports, zero travel and closed restaurants and hotels. The travel and the hospitality sector took the maximum hit and suffered job losses zero footfalls and rising costs as occupancy was zero but fixed costs were rising.

But the discussions, exchange of ideas, strategic thought churning must go on and therefore large number of discussions took place in the virtual mode and conferences continued but without the aromatic and spicy food palate. The Ministry of External Affairs (MEA) has made the government’s prior clearance mandatory for hosting international conferences, trainings, and seminars online and also forbidden such virtual events on themes related to India’s security, internal security, Northeast states, Jammu and Kashmir, Ladakh or any other issue concerning the country’s “internal matters”. The fresh set of guidelines, issued in November last year and part of the new “approval procedure” notified by the MEA for organising virtual events, applied to all government ministries and departments, Public Sector Undertakings, public-funded universities, and organisations controlled and run by the Union and state governments.

The organisers of the virtual event will now have to approach their respective “administrative secretary” in the central ministry for approval regarding the theme and the list of participants. For instance, a Central university keen on hosting an online international conference will have to seek prior clearance from the Ministry of Education. Similarly for the defence and security related matters. But matters related to internal matters and security will be a no-go area. While giving permission, the respective Ministry should ensure that the subject matter for online events is not related to security of State, Border, North East states, Union Territory of Jammu & Kashmir (J&K), Ladakh or any other issues which are clearly / purely related to India’s internal matters,” states MEA’s Office Memorandum dated November 25, 2020.

However, the document does not elaborate or define what would qualify as the country’s internal matter. It is better to avoid such matters for the time being, since there is big churning in the US switchover, Russia opposition, Germany change of guard, Middle East churning, Malaysian ranting again India and Chinese virus, which has destroyed the world economy.

MEA has also cautioned against hosting online conferences on IT applications and platforms either controlled or owned or hosted by agencies or countries hostile to India. The Home Ministry had issued an advisory in April last year saying Zoom, the video conference application, is not a safe platform for such internal and external discussions. Since then, government officials have been avoiding meetings hosted on this platform. However, the MEA’s document on online conferences doesn’t name any specific platform.

The organisers invite anti-India speakers and they rant such narratives and name and shame anti-India speeches. Participation from countries like Pakistan and Turkey is strictly prohibited and they must not be invited for conferences in India. World famous ORF hosts Raisina Dialogue and due to the pandemic this conference will be held mostly online in the month of April 2021 and it used to be addressed by global thought leaders like Israel PM Bibi, Australian PM Scot Morrison, ex Canadian PM Roger Harper and even ex British Premier Tony Blair and host of top African leaders.

Many Indian solutions have been developed and organisers are using the home grown, security audited solutions, which are both safe and secure against unethical hacking and virtual listening during the video conferencing.

It’s time to be careful rather than be sorry later.