This is New India, which overpowered International Anti India Leftist Conspiracy to bleed India, before it grew into anarchy the way BLM burnt US 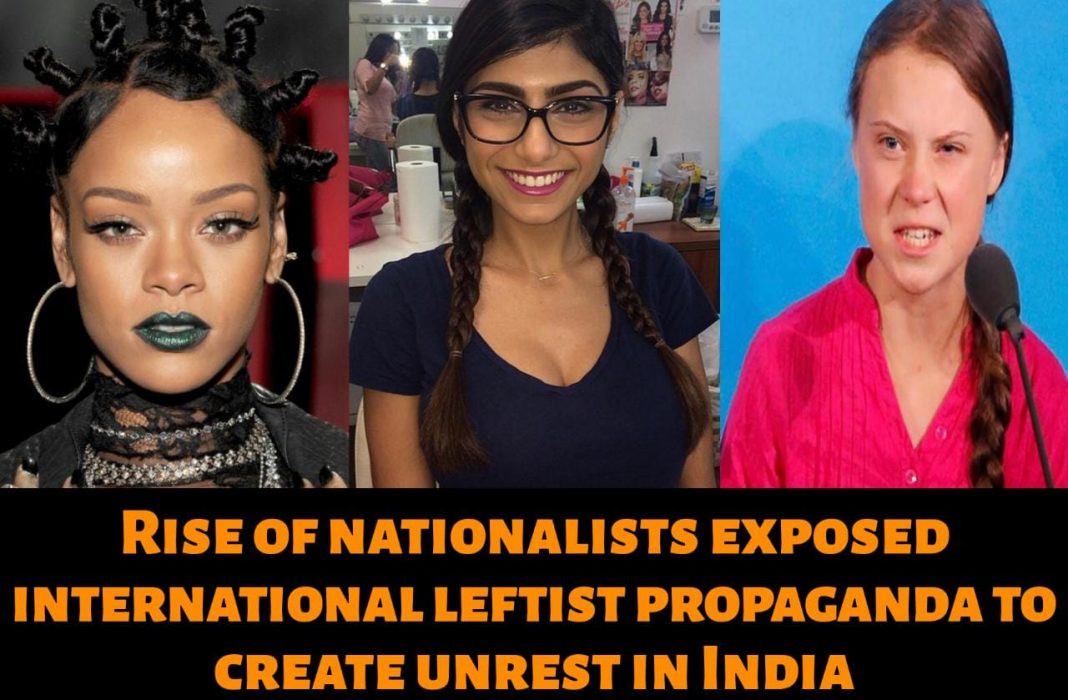 The deep conspiracy, detailed planning, sheer venom along with huge amount of incalculable money by enemies within India and abroad with full dedication to create unrest in the country are what Swedish climate activist ‘Greta Thunberg’ inadvertently happened to share in a toolkit about ongoing Farmers’ Protest. After she realised she committed blunder by displaying the entire international left eco system funded conspiracy hatched to burn India, she deleted the tweet.

The document under title ‘Global Farmers Strike First Wave,’ urges people across the world to participate in the largest protest in human history. The URGENT ACTIONS ask people to Call, Email any of the govt representatives and ask them to take action.

When apolitical cricketers like Sachin Tendulkar, Anil Kumble, the nightingale of Bollywood, Lata Mangeshkar and actors like Sunil Shetty rallied behind the government and the nation, Greta’s  tweeted toolkit, which remained briefly, exposed how external forces have united with internal enemy to cause violence and destruction in India to defame it internationally.

The eco system behind Black Lives Matter has tasted blood in their mouths after they ousted Trump in 2020 US Presidential Election. They claimed to stand against inequality, injustice and police violence. But, the protestors in BLM movement committed unprecedented violence, loot, anarchy, murder, destruction of public properties and attack on policemen, the tried and tested method is alarmingly being applied in India to dethrone a democratically elected government. They want to inflict the same pain on India by creating riots and bloodbaths in the name of movement.

India is also not a weak nation anymore, of prior to 2014, when 10 terrorists from across the border attacked Mumbai to massacre hundreds of innocent Indians, when series of bomb blasts exploded innocent Indian citizens into pieces in trains, in stations, in hotel. India is not a helpless nation, which kept sending dossiers after dossiers to Pakistan to prosecute the masterminds.

Today, a strong India under strong leadership of Narendra Modi conducts Air Strike and Surgical Strike right at terror camps. That is what has rattled anti India forces within and outside India. Today India is united, even fence sitters cricketers and actors celebrities rallying behind its government is what shaking anti India forces.

It is nationalist Indians, who not only exposed international conspiracy to burn India, but they are firmly rallying behind their nation and their leadership.