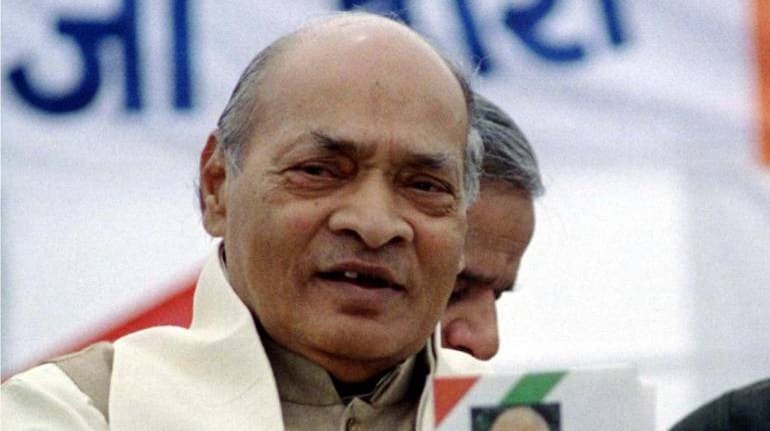 He inherited a devastated economy, thanks to Nehruvian Socialist Economics comprising of License – Permit – Quota Raj. This was due to Nehru’s enamor for everything Soviet and Socialist, and this policy was proposed by Mahalanobis. This policy not only strangled India’s economic growth, but also killed the entrepreneurial spirit in many communities and replaced that with crony capitalism and corruption.

In the aftermath of World War II, many countries were totally devastated. That included Germany, Japan, Italy, UK, and France, to name a few. These countries adopted the free markets economic model and within a few decades they became successful and economically powerful. Countries like South Korea that got liberated after World War II also adopted the same model and we are seeing the results of the same. Even Communist country like China adopted the free trade model in late 70s despite being ruled by Communist Party. It was only India who stuck to the flawed Soviet model. This flawed model ensured India couldn’t leverage its position and capabilities to participate in the post World War II economic boom. This is the root cause of poverty and backwardness in India. India and China inherited the same situation and China remained poor till it didn’t reform its economy to participate in global economy. The results of the said reforms were visible within a decade of China reforming its economy. China lagged behind India and Pakistan in per capita GDP and after implementing economic reforms, China surpassed India and China in per capita GDP.

Largely dependent on Soviet Union, India faced series of economic problems after collapse of Soviet Union. This was a strenuous time for the country. This was the moment Narsimha Rao stepped in to take charge of the fledgling economy that was on verge of bankruptcy. India had to mortgage its gold for financial assistance. It also had to devalue Rupee. This is when Narsimha Rao started the challenging process of economic liberalization. The fat cats of Indian economy who benefited immensely due to their close proximity to Nehru and Indira and enjoyed unjustified profiteering due to artificial monopoly or oligopoly created due to license raj were upset with this decision of liberalization. These fat cats came together to form “Bombay Club” and opposed liberalization. They roped in RSS to prop up Swadeshi Jagaran Manch as a front to oppose liberalization. This did not deter Narsimha Rao and he went ahead with reforms as decided.

Lot of credit for reforms is given to Manmohan Singh, who was the finance minister in Narsimha Rao Government. Here, it is pertinent to note that former RBI Governor and first Director of London School of Economics hailing from Indian origin was Narsimha Rao’s first choice as Finance Minister. IG Patel declined this offer, and Narsimha Rao was forced to hire Manmohan Singh, who was naturally not the first choice. It is worth putting on record the fact that while the vision of economic reforms was Narsimha Rao’s, the execution was handed over to a professional while Narsimha Rao provided political backing and managed the political side. Despite having a coalition government, he managed the government amongst all turbulence and no confidence motions, which he survived and sailed through with his smart Machiavellian maneuvers.

Narsimha Rao’s legacy lives forever. Our and subsequent generations’ careers and lives are a product of and thereby are rightful beneficiaries of reforms initiated by Narsimha Rao. It is not surprising that Former Prime Minister Atal Bihari Vajpayee, who as the leader of opposition party, opposed Narsimha Rao’s reforms, adopted the same policy when he became the Prime Minister. No wonder, Prime Minister Narendra Modi awarded him with Bharat Ratna posthumously, that he rightfully deserved, but was denied to him by Congress Party.

*Sumeet Mehta is a Chartered Accountant by qualification and a financial advisor profession, and the author of “Diagnosing GST for Doctors” published by CNBC Books18. He tweets from* *@sumeetnmehta*

Sumeet Mehta
Previous articleDelimitation or some other game plan ?What’s Next for J&K.
Next articleHow Manoj Sinha has proved his worth in J&K?
- Advertisement -