How Manoj Sinha has proved his worth in J&K? 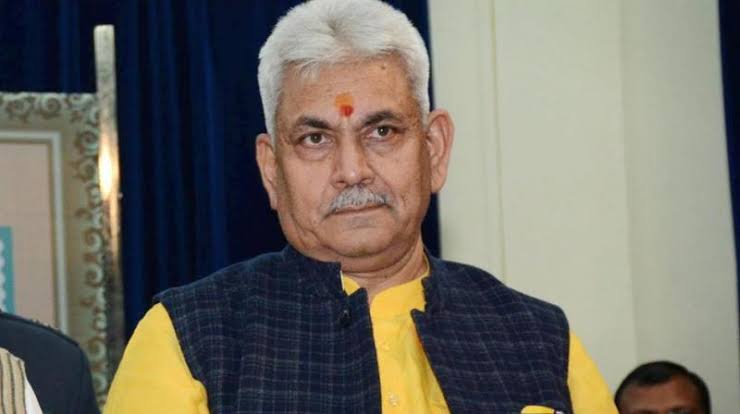 When Lt. Governor Excellency Manoj Sinha former MP and Minister, was introducing another Excellency PM Narendra Modi to the leaders of J&K on June 24, 2021, famously known as Gupkar gang, since most of them have palatial houses on this road, no one knew that he had left his son’s wedding ceremony midway for the national duty. His son Abhinav Sinha’s wedding ceremony was also on Thursday, but instead of the marriage ceremony, he prioritised his responsibility towards the Jammu and Kashmir and the beloved nation like a True Soldier and Karm Yogi.

Now let’s visualise and read what has changed in J&K after he was made the Lieutenant Governor, considered a surprise choice after a seasoned bureaucrat was replaced by him. After a long time in Jammu and Kashmir, with the objective because of which an active politician Manoj Sinha was sent as the Lieutenant Governor, he seems to be fulfilling it. In the last 13 months, Sinha has neither indulged in allegations and counter allegations, mudslinging or witch hunt, with local politicians like Satpal Malik nor was confined to the boundary wall of the Raj Bhavan like the stiff upper lift bureaucrat Lt Governor G C Murmu, IAS.

He maintained extensive contact with the general public as well as maintained continuous dialogue with the State Leaders and local leaders. On Thursday, a meeting of about three and a half hours with the leaders of J&K, chaired by PM Narendra Modi, was deemed to be very pointed and quite successful. Each party expressed satisfaction over the meeting as no agenda had been set for it. Normally agenda is set for such important meetings and there is a line that participants can raise a point of order with the explicit permission of the chair.

Everyone had the freedom to speak and express and PM listened very patiently to each and every one and there was no cross talk during the meeting and there was no ‘arnab debate’ during the discussions. Sinha continued to work on similar lines for the last 13 months. Within a month of reaching Srinagar as Lieutenant Governor, he called up former Jammu and Kashmir Chief Minister and National Conference President Farooq Abdullah and expressed his desire to have Tea together.

At that time, Farooq Abdullah, who was going through a war of words and cold war tussle with the centre, expressed surprise that the people sitting in Delhi would get angry, if he drinks and sips tea with the Lt. Governor. He left hope and Manoj Sinha’s reply was that I am just a call away and whenever you want, we can have Tea or ‘kahwa’. Sinha didn’t made any provocative statements, didn’t challenge any leader unnecessarily & above all, looked forward to listen to each and every leader at any time. As a result, the wild rhetoric of local leaders against him was not even seen & the bitterness gradually subsided and Hurriyat and other separatist leaders were pushed to the background and controlling the biased media games by Barkha Dutt and entire NDTV gang. This government has kept a 20 ft. barge pole distance with the likes of Karan Thapar, NDTV, Rajdeep Sardesai and ABP and few more anti-national gangs.

Demanding restoration of the full statehood, Senior Congress Leader and former J&K Chief Minister Ghulam Nabi Azad even said that he would like to see Manoj Sinha as the Governor of Jammu and Kashmir instead of the Lieutenant Governor. Manoj Sinha’s most effective weapon was being impartial, warmth and gentle smile. Instead of looking at the problems of the State through a political prism, or a jaundiced eyes, he tried to settle them objectively. The biggest hallmark of his impartiality was seen in the DDC elections. Surprisingly all political parties o different hue and colours, participated in the DDC elections and there was not a single complaint of bias at any level at any level.

This succeeded in instilling confidence in the system among the parties as well as the public. Manoj Sinha established a ‘Direct Dialogue’ with the politicians as well as the public and thus reduced the gap between the king and his subjects. Along with the Janata Durbar, he also started the process of meeting the common people in his area & gave immediate solution to their genuine problems. The movement of the durbar had its own pitfalls and games and all those files which smelled of corruption were conveniently misplaced and lost during the transit, which was the usual ploy during NC or Congress or the PDP Government run by JeM.

Manoj Sinha, like the previous governors and lieutenant governors, avoided traveling by helicopter from one place to another & started commuting by road despite the present day terrorist dangers. Manoj Ji, is a graduate of BHU, now IIT is working very hard to establish Jammu and Kashmir as a developed, peaceful and prosperous state & rest assured that his hard work will lead to the overall prosperity of the J&K State.

Loss of UP is a gain of the J and K state and the policy of census, delimitation, democratisation and statehood mantra of the government succeed.