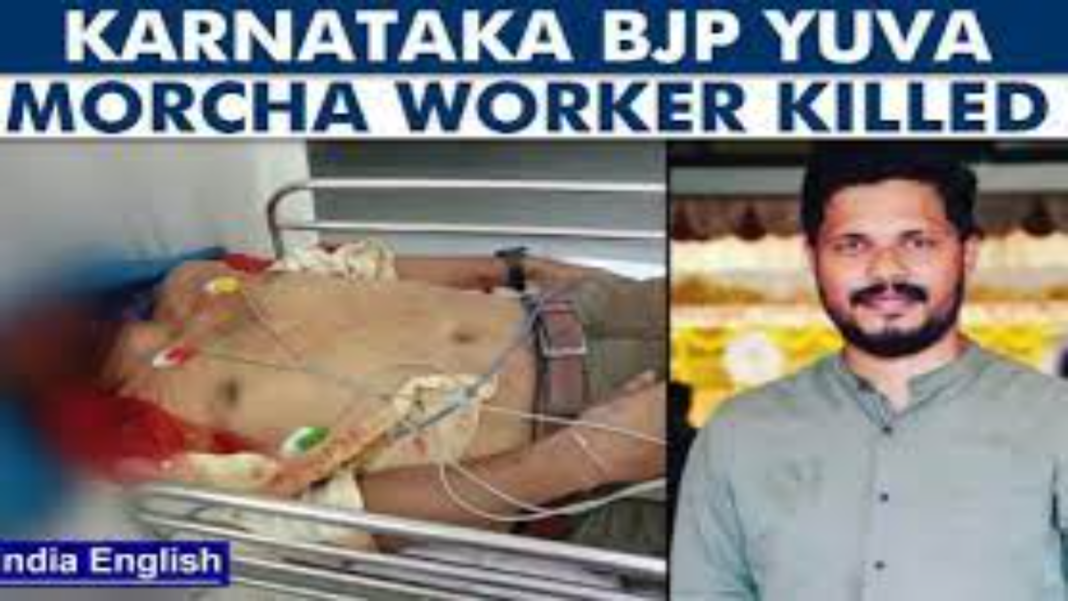 Praveen Nettaru was on his way home after shutting his store Akshaya Poultry Farm late Tuesday evening when he was slashed to death, according to police. He tried to flee and run as soon as he was attacked, but he collapsed following a strike to the head, according to authorities.

Local neighbors quickly alerted police, who hurried to the scene and transported the blood-soaked Nettaru to the hospital, where medics proclaimed him dead.

Soon after the tragedy, members of the BJP Yuva Morcha protested in front of the hospital, demanding that the Deputy Collector visit the scene on Tuesday night. On Wednesday, the VHP issued a Bandh call across the district’s Kadaba, Suliya, and Puttur Taluks in protest of the murders.

Karnataka Chief Minister Basavaraj Bommai stated on Wednesday that the perpetrators of the killings of BJP Yuva Morcha activists will be apprehended and punished in accordance with the law.

The chief minister also extended condolences to the deceased’s family and assured them that justice will be served. “People are outraged when an innocent person is killed, I appeal to everyone to be peaceful and patient. Instruction has been given to arrest the murderers as soon as possible,” said CM Bommai.