Is Gandhi above Criticism ? 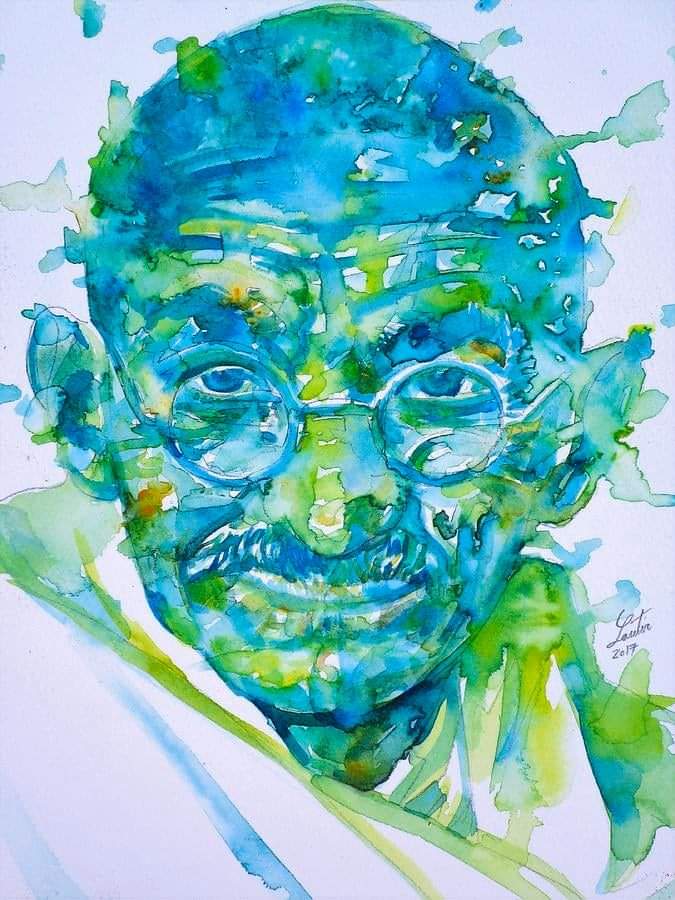 Shall We Criticize Gandhi?

But was Gandhi a great saint? He belonged neither to a traditional guru-shishya parampara, nor was he comfortable with sanyas, as is clear with his ‘experiments’. These experiments are something I never talk about, because frankly they don’t matter much to me, but they do tell you that unlike a sanyasi Gandhi was still ‘practicing’ quite late in life. Not the sign of a saint. Did he follow a traditional meditational practice? No. Not the sign of a saint. And yes, in case of meditation ‘modern adaptations’ rarely matter. You do need to follow some tradition, some parampara.

In that case, except the garb of something like a saint, he was not a saint. He was very much, a socio-political man. He was involved with Indian society and as much with Indian politics. And THAT is why he is a fair game for criticism. No political or social personality can claim diplomatic immunity from criticism and discussion.

It is the peculiarly modern Hindu habit of dragging Shri Rama and Shri Krishna to battlefields of discussions and to make political personalities like Gandhi above these criticism and cult like figures which is defeating us. This tendency is nothing but a sign of colonized minds and inferiority complex. We are ready to judge our greatest dharmic icons from a modern and foreign lens but are not willing to question modern political commentators who severely misunderstood our own dharma.

This is not to say that he was simply a dolt, or didn’t do something worthwhile. He made many significant contributions to India and I am not even talking about his acumen to use cultural symbols and actions for political goals. He was a master of that and he did excel in that but it hardly needs any saying.

To me, what is most important contribution of Gandhi was to parade Hindu symbols and to wear them with pride in an ‘in-your-face’ display of nativity. He gave many Hindus confidence of their Hinduness in symbols.

His second great contribution was his drive to accommodate Harijans or some affected and aggrieved communities of India. His approach might not be perfect but it was much much better than that of Ambedkar. Gandhi never abandoned the agraha for Hindu dharma and even wore it with pride. What more, he did not even criticize Varnashrama Dharma in principle. It was an approach a million times better than that of Ambekdar but alas in electoral politics it was bound to fail in face of Ambedkar’s hate filled vengeance-wreaking democracy. It is a sad thing that it did not succeed.

Was he the worst person to be at the helm of India at our independence? Far from it! This will offend many, but even Netaji Subhash Chandra Bose might have proved worse for all his love for Bharat and all his courage he was more deeply secular than Gandhi. What about Bhagat Singh, Chandrashekhar etc? All of them were great deshbhakts and I have nothing but admiration for them, but none of them had a great understanding of dharma or history and some were even enamored of the Left and socialism.

In all, except the great Veer Savarkar, even most of the revolutionaries had gotten it wrong. Their methods were of course right in face of an enemy like Britain, but their understanding was juvenile as compared to that of Savarkar and even that of Gandhi. Any of those in Gandhi’s position might have performed as bad if not far worse than Gandhi. Only Sardar Patel and Veer Savarkar would have fared better. Swami Vivekananda was long gone and was never into politics. Aurobindo Ghosh is what India has always deserved but never got and so he excused himself from active politics and continued his sadhana.

All of this is true and yet all the faults of the other revolutionaries do not make Gandhi all right or above criticism. We can’t be vainly romantic and say that revolutionaries would have been better than Gandhi, but at the same time Gandhi has to be criticized for his own faults. And his faults were way too many.

For someone who could see Christianity for what it was, he recommended precious little in action. And in fact, he had a secret admiration and fascination with Christianity. His ‘Hinduism’ was in fact a very Christianized version of the original. His vouching of the Biblical verses cancelled all his criticism of the missionaries. And even this admiration of the Bible was via Tolstoy. The ‘one cheek for other’ advice is not taken directly from the Bible but from ‘Resurrection’ Tolstoy’s most Christian novel and the end of which he produces two verses from the Bible, of which one is this ‘one cheek for the other cheek’ one.

So in the end even his debates with Christianity came to nothing because he more than enough sanitized the Bible in various other ways, giving Christianity a legitimacy, India’s spiritual leaders seldom gave it before him.

His misunderstandings about Islam are so many I won’t even start. He never criticized Islam of course and whitewashed its record in India, but much worse gave pseudo-spiritual sanction to Hindu cowardice and codified it in India’s socio-political policies.

He contaminated every Hindu initiative of his with Islamic inputs. This was true with his initiative of language, as with education. Nayee Taleem and Hindustani should be taken as nothing but an assault upon the Hindu sensibilities.

But his greatest fault was to ascribe permanent value to ideas: ideas like himsa and ahimsa. In a dharmic civilization ideas and actions do not have permanent values attached to them. The context is always important. Taking any idea, even good idea, to extreme, makes it evil. Which is what Gandhi did. There is a reason Shri Aurobindo called him a fool for taking the lesson of ‘ahimsa’ from Gita.

Godse mentions many of his faults in his last speech, but Gandhi’s faults were even bigger than Godse charged him for. No one says that Godse did the right thing. Not just because of ethics, but also because it was Nathuram Godse who in his hotheadedness pushed India’s Hindu revival 70 years too far. Had he not killed Gandhi, Gandhi wouldn’t have been a cult figure now and had been criticized like other leaders. Had he not killed Gandhi, the RSS would not be forced to defend and venerate Gandhi and make it a tradition amongst the ‘right wing’ organizations in India. And yes, that is the real reason the RSS venerates Gandhi. Talk to any of their cadre. I don’t speak about any big leader, but the cadre of the RSS has as much frustration with Gandhi as a common conscious Hindu has and the cadre celebrates him in public to ‘wash away the sin of former and remote association with a Gandhi assassin’. In short, had Godse not committed that monumental blunder, Gandhi would not be a darling of ‘right wing’ as he is now.

So criticism of Gandhi does not mean admiration of Godse. To say this is to give in to the leftist paradigm. Godse did a deeply idiotic thing. But this fact does not mean that Gandhi is above criticism.

He has to be criticized, and yes, on his Jayanti, because he is a figure too unjustly deified. While even those on ‘extreme right’ hold long debates on whether Rama did a right thing by asking Sita for Agni Pareeksha, they hardly ever question Gandhi. This is an attitude not just unhealthy, but deeply emblematic of India’s colonized mentality. We will help our enemies to rip our dharma apart but won’t even pick a blade of grass to question others.

Gandhi’s cult has to subside so that truth can emerge and other leaders and personalities can finally get their due and most importantly India gets its most famous modern icon as someone like Shri Aurobindo Ghosh, Swami Vivekananda or Veer Savarkar – leaders Bharatvarsha truly deserves.