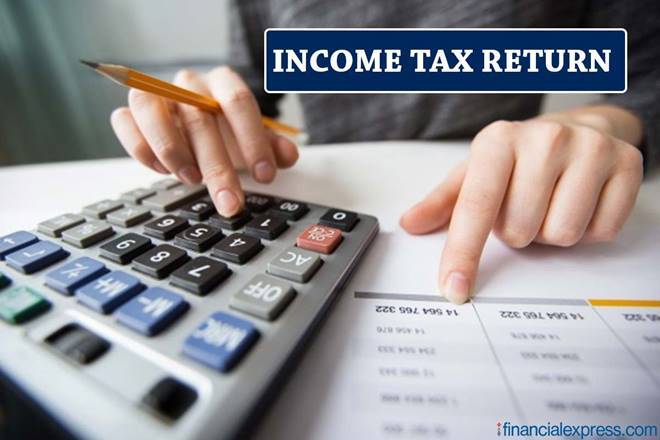 The need for automation and digitisation of any process is mainly to create convenience and ease of ‘doing things and processes’. However, the new income tax filing portal has many flaws. My endeavour is to highlight these flaws for corrective actions by its developers.

The income tax form is not auto populating details from Form 16 in the Head ‘income from salaries’. This auto populating option was present in the previous portal and has miraculously disappeared in thin air for this financial year. This is a flaw of the Ministry officials who may have deliberately or unknowingly failed in communicating the need for this action to Infosys or the handshaking of ‘earning database with the portal’ has not been developed or not activated for each pan number.

It is obvious that thorough testing of the website with the help of Chartered Accountants is not done at all. This is not a well thought out move. Babu’s of the ministry and IT Department has erred in not involving a professional body in thoroughly testing whether the website is properly completed or not. The flaw is extremely glaring.

Till last year, the tax payer got email confirming ‘filling of the return’ with pdf file of the detailed ITR submitted, followed by email acknowledgment again with the pdf file of acknowledgment. This was over and above the pdf file, the taxpayer downloaded from the website. This year the portal hasn’t sent emails with pdfs.

The Central Board of Direct Taxes (CBDT) has made no bones about the reason, why it has further extended the last date for filing income tax return for the salaried class and other business income for the assessment year 2021-22 to December 31, 2021 from September 30, 2021, due to major glitches in the new Income Tax return filing portal for Indian public.

For others too, the deadline has been extended beyond the end of the calendar year to dates perilously close to the last date of the assessment year. This is a ‘very sad affair’ that this major event of salaried people has been deferred by six months. To be sure, last year too, there were a series of extensions, first from the statutory deadline of July 31 2020 to November 30, 2020, then to December 31, 2020, and finally to January 10, 2021. But then the assessment year 2020 – 21 tax filing was marred by the first wave of coronavirus and the resultant lockdown that brought all economic activity to a screeching halt across not only in India but across the globe, but now the economy is slowly picking up and has come in the 4th gear with continuous GST collections of more than one lakh crore and above.

A couple of years back, citizens in Kerala, who always cry against the Modi Government, were given generous extension when rain and subsequent floods, due to poor drainage infrastructure wreaked havoc in the state. Telephone lines were snapped and there was incensement rain and flood waters did not recede for months due to the poor planning by the city planners.

No such extenuating circumstances can be cited this year. Indeed, it has not been to the credit of the developing software giant Infosys which must accept the blame in creating the mess and discomfort to the public and loss to the exchequer. Whether detailed SRS System Requirement Study was prepared or SDD – Software Design Document was prepared, or any Data Flow Diagrams – DFDs were prepared and understood, whether mandatory Comprehensive Security Audit before the hosting of the site on the server farms was carried out. Before the project was accepted UAT, User Acceptance Testing was performed by the IT Department of the CBDT. While CBDT which has been honest with the taxpayers in admitting glitches marring filing of returns on the new portal, Infosys has not uttered a single word which brought India to shame! A public apology is the need of the hour.

But honesty doesn’t absolve CBDT and the finance ministry mandarins of the charge of dereliction of duty, inefficiency, carelessness and ineptness. The same company made a mess in the MCA 21 Portal and ‘below standard work’ for the GSTN network. The following points crave for answer:

Ill-timed launch of a new portal: What was the tearing hurry in launching a new portal bang in the beginning of a busy I-T Returns filing season – June 7, 2021 to be precise? It could have been launched during the lull period – which is November to March, during which time all deadlines for filing returns are over.

Adequate testing: It appears to me that the vortal was not fully tested, loaded and analysed for all possible use cases. This was a great folly done both by the CBDT officials and Infosys team, which led to this disaster.

No trial runs: Why was the new portal launched without dummy returns in adequate numbers ranging from the simple to the most complicated returns by the officers of the finance ministry? There must have been a separate team for testing the application. It is surprising that heads haven’t rolled in the finance ministry for this monumental botch-up.

No tax experts’ services engaged: Why did Infosys, the IT service provider giant, not engage the services of tax experts alongside techies each step of the way, given the fact that domain expertise – above anything else, is most important in banking and tax software? The system throws up weird warnings like losses from house property cannot exceed Rs 2 lakh whereas this limit is not applicable for let-out properties. Willy-nilly, an impasse has been reached preventing completion of the I-T Return filing process. No landlord reporting loss in excess of Rs 2 lakh would settle for this limit imposed by the faulty system and not by the law. To start with sending OTPs was a very big issue and it took a long time for the Infosys to resolve this petty issue. Even the delivery boys from Nyka, delivering mascara to ‘my only wife’ day in and day out know the full form of OTP and mind you they may be 5th grade pass outs!

CBDT must issue a clarification, whether a SRS document was ever made, which was vetted by the IT Department of the CBDT.

Run old and new portals simultaneously: And pray, why not allow for parallel run of the old and new portals? Kotak Mahindra Bank, for example, launched its new net banking portal some six months ago, but it has had the sensitivity and commercial sense to allow its customers to continue to use the old one so that they come to terms with the new system gradually. Even now, it is not too late. The CBDT can and should allow parallel run of both old and new portal, which would obviate the need for extension till December 31, 2021 and beyond. It appears to me that the application has inherent weakness and the date will be extended further.

Don’t fix anything that isn’t broken: This is an old adage that resonates in this context. Nobody knows why the new portal was launched and that too at a considerable expense when the old one was working fairly smoothly sans glitches. Chronic tinkering is not progress. Nani Palkhivala’s memorable words, feverish legislative activity achieving no more good than a fewer come to one’s mind in this regard. There are many assesses who file their returns early so as to get refund of excess tax deducted at source. They will have to now sit tight and wait, for no fault of theirs, particularly when they are unable to complete the process of I-T return filing due to say not getting Aadhaar OTP or for any other systemic glitches.

Till last year, the assesse used to get email confirming filing of the return with pdf filing of return
Admission of lack of readiness is the most damning self-exposure of ineptness. Well, I decided to finally face the music of trying to file income tax return in the new portal. I was kind of relieved to see that this year ITR2 has an option of being directly filed online, earlier only ITR1 had that facility. But yet I could not complete the exercise today.

The drop down menu in the Schedule pertaining to Chapter VI-A, which lists various sections that allow permissible deductions for the assesse to fill manually, did not have the entry 80G at all. First I thought perhaps the fine print in the Finance Act had quietly been deleted the permissible deduction and I was blissfully unaware of the sleigh of e-hand. But it looked like an omission, as when I checked the corresponding software calculated sheet for Schedule VI-A, the entry 80G was indeed listed, with ‘0’ figure against the section, as I could not fill it manually without the option being given in the drop down menu.

So, I first spoke to help line in Bangalore, explained the issue and the lady advised me to wait for a few days before filing the return and also gave me an email id (of the web manager) to lodge a written suggestion for trouble shooting in ITR2. I have done that.

Now that the last date for filing is away by a few months, I will try my luck again after Durgapuja.

Now the icing on the cake, let the government blacklists the company, print the forms manually and start accepting the return in physical form and ask TCS to come back again and complete the work!