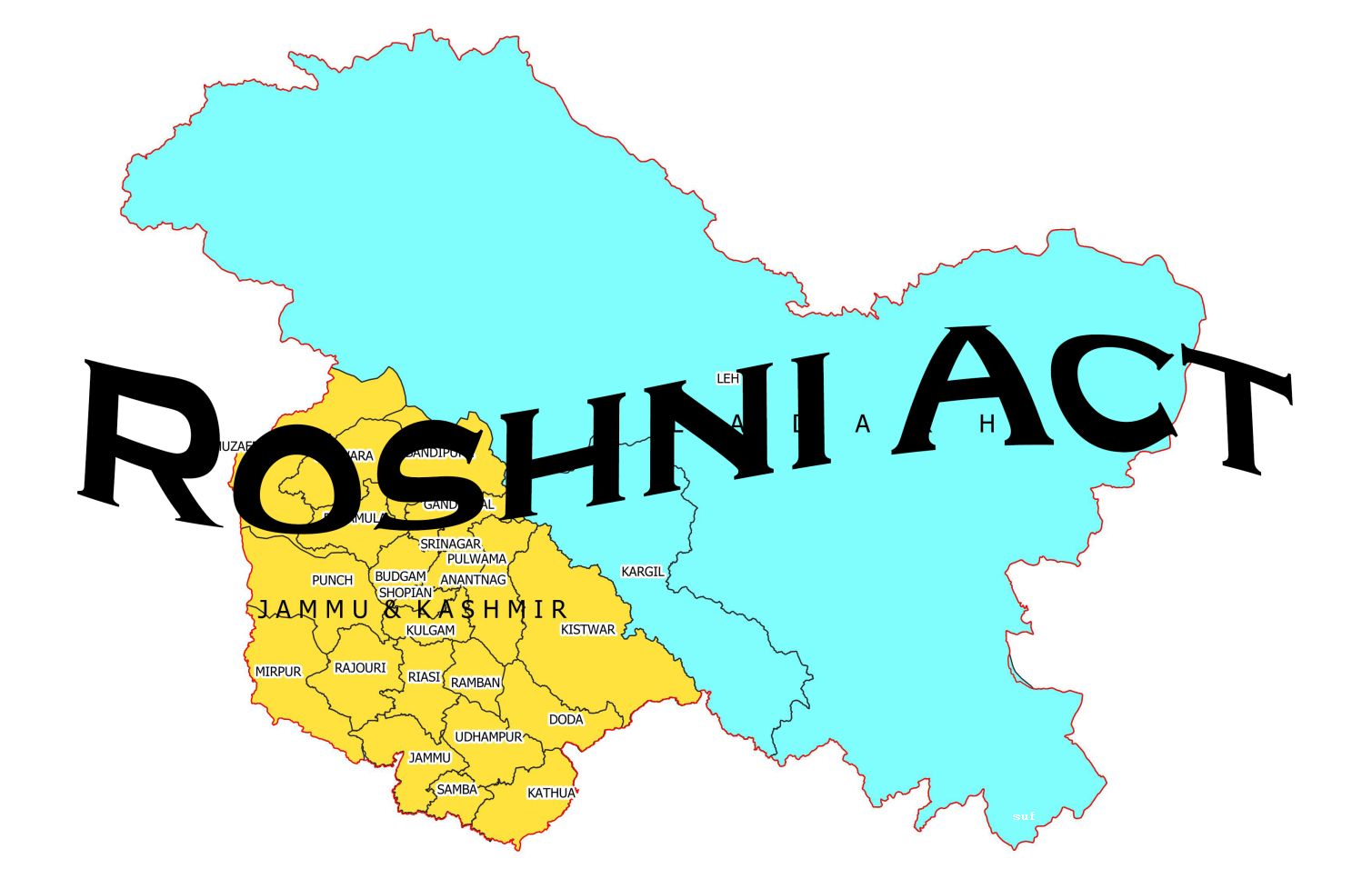 Kashmir has always been the prized gem which the invading marauders desired to own. They were aided in that mission of theirs by the powers that be in our country. Since the time they invaded India, i.e in the thirteenth century, their one point agenda has been the establishment of their ideology in the territory by not only settling their own people there but also by forcefully converting the existing Hindu populace of Kashmir to their ideology by instilling the fear of death in their minds. In order to complete the total annexation of Kashmir, they also attempted to whitewash the glorious history of Kashmir and create an impression as if it belonged to those marauders all along.

The Leftwing ecosystem, armed with it’s potent weapons of academia and media carried on with this malicious task – that of not mentioning the fact that Kashmir was indeed the land of Rishi Kashyap and derived it’s name from him, it was the land which was visited by Adi Shakaracharya himself , all the way from Kerala on the extreme South of our country, it was the land which was home to the Shaiva and Agama schools of thought and it was this very land which witnessed a cultural renaissance from the period of 8th to 12th Century CE. But our history books find no mention of all of these as also of it’s most powerful ruler, Lalaitaditya Muktapida, the 3rd ruler of the Karkota dynasty, whose exploits are mentioned in Kalhana’s ‘Rajtarangini’ and whose kingdom stretched from the Sunderbans in Bengal to Central Asia – a replica of Akhand Bharat.

If our leftist historians were to mention such tales of valour and cultural richness as well as vibrancy of Kashmir prior to Islamic invasion and also that of the mighty Hindu rulers who reigned over it, then they would not be able to push forth their narrative that ‘Kashmir was never an integral part of India’ as was stated by Arundhati Roy, Urban Naxal author and close friend of Kashmiri separatist-cum-mass murderer, Yasin Malik. On the contrary, Bollywood films were made depicting Kashmir with such dialogues as ‘Mughals discovered Kashmir’ – something which is absolutely wrong.

The insurgency in Kashmir was not a one day affair. The hatred and jealousy for the Hindu community was so deep-rooted, as was evident from Barkha Dutt’s narration ‘justifying’ the Kashmiri Hindu Genocide, that the ploy to drive them out of the land which was rightfully theirs was created long time back and the troubled waters there was simmering till it became too hot and poured out in January, 1990 when the Kashmiri Hindus were given three choices – ‘Raliv, Galiv ya Chaliv’ meaning ‘Convert, Die or Leave’, which was announced through the loudspeakers blaring from local mosques. Chilling notices were put up at all Hindu homes stating that it was their turn for the day to be killed mercilessly by the radical Islamist marauders, almost all of whom were their neighbours, not strangers. Thousands of Hindus were butchered in the most grotesque manner, the women were gang-raped and converted. Even the children were not spared. Those who could manage to escape did so and had since lived as refugees in their own land, in Jammu, Delhi or elsewhere.

The moot point was to create a demographic advantage for the Kashmiri Muslims so that their occupation of Kashmir could be complete and the divisive forces in our nation can then push for an ‘Azad Kashmir’ and it’s subsequent merger with Pakistan. The movable and immovable property left behind by the Kashmiri Hindus was, expectedly, taken over by their Muslim neighbours. In order to make such takeover legal, the Jammu and Kashmir State Land Act, 2001, commonly known as the Roshni Act, was promulgated by the Farooq Abdullah Government, who was in power during that year. Under this Act, illegal encroachers were granted ownership of Jammu and Kashmir state land after payment of a sum, which was determined by the Government of Jammu & Kashmir. The cut-off year for such illegal occupation was set as 1990, not earlier than that. The cut-off year was revised and relaxed by subsequent governments – 2004 by the PDP government in 2005 and further to 2007 by the Ghulam Nabi Azad government. It goes without saying that who the illegal encroachers were and whose land they were illegally occupying. The initial cut-off year being 1990 , makes it clear that the Kashmiri Hindu genocide was nothing but an act of ethnic cleansing to rid Kashmir of their original inhabitants so that the invaders or their descendants could rightfully become owners of all the land available there. There is no doubt that the indiscriminate killing and torture of the remaining Kashmiri Hindus continued way beyond 1990 so that none would be left there. The fact that Article 370, granting special status to Kashmir, was in place, did bestow enough power to the ruling dispensations of Kashmir to wield power and ensure Hindu exodus as a natural reaction to their genocide. The instant Act was unofficially named as the Roshni (Light) Act because the encroached lands were ‘sold’ to their occupiers in the garb of collecting funds for power projects in Kashmir.

The Roshni Act, expectedly, was steeped in controversy right from its inception. The CAG, in it’s 2014 report regarding the same, termed it as Rs.25,000 crore scam. The report pointed out that a standing committee had arbitrarily reduced prices to benefit politicians and other people of certain influence in the state. The State Vigilance Organization filed an FIR against a few of these ‘influential’ who were vested with ownership of such land despite not fulfilling such criteria. One of these cases came to be known as the Gulmarg Land Scam in which, several top bureaucrats were accused of illegally transferring land of the Gulmarg Development Authority to private parties. A petition was also filed in the high Court to check violation of the Act based on the FIRs.
In view of all the irregularities and scams, the Roshni Act was repealed prospectively in 2018 by the Governor of Jammu & Kashmir at that time, Sri Satya Pal Malik. In September 2019, Malik ordered a probe into the same by the state Anti Corruption Bureau and subsequently, a petition was filed in the High court seeking transfer of the probe to the CBI.
The High Court declared the Roshni Act illegal vide their October, 2020 Order stating that the said Act was ‘illegal, unconstitutional and unsustainable’ and held the allotments under the Act as void ab initio. The Court also ordred a CBI probe into transfer of ownership, sought action against bureaucrats involved and asked the government to make public the names of those ‘influential’ people who were allotted land under the said scheme. The list of certain politicians, bureaucrats and businessmen featured in the list of beneficiaries under this scheme, thus vindicating the stands of the CAG, the Governor and the Court against the same.
The Hindu nationalists from Kashmir as well as those from other parts of our country were of the strong opinion that the Roshni Act was promulgated to change the demography of the Hindu majority Jammu district. The same was proved vide the High Court’s observation too. 30,000 cases of land transfer were reported in the state government order, out of which 25,000 were in Jammu alone while only 4,500 were in Kashmir. This aspect was put forth in front of the court too, by the petitioner cum lawyer, Ankur Sharma. Government figures indicate ownership rights have been transferred for 44,912 kanals in Jammu district, which is way higher than the land transferred in the entire Kashmir Valley. The intention by the political powers of Jammu and Kashmir is quite evident from the same – to create a mass exodus by means of terrorizing and paving the way for another genocide of Kashmiri Hindus in Jammu too, so that they could usurp the territory of the entire state of Jammu and Kashmir, using the additional powers vested in them vide the Articles 370 and 35A. Given that Kashmir had witnessed seven such instances of Hindu genocide and subsequent exodus, starting from 1389 CE, during the reign of the monstrous Sikander Shah Miri or Sikander Buthshikan, the iconoclast till the 1990s and beyond, the authorities of the state and the radical Islamists thought that they would continue to have their way with the Kashmiri Hindus once they are able to substantially increase the Muslim population of the region. Thanks to the CAG, the Governor of Jammu & Kashmir in 2018, Satya Pal Malik and the hon’ble High Court, another instance of Hindu torture and exodus could be averted with the repeal of the malicious Scam-tainted Roshni Act.