Factors that indicate victory for Bjp in the West Bengal assembly elections 2021. 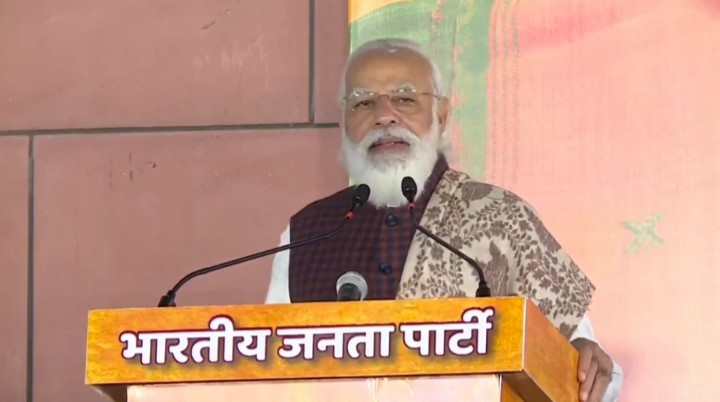 Bengal which used to be the heart of British Ruled India has slowly started to decline just after the independence. The Religious appeasement which divided Bengal in West Bengal(India) and East Bengal (Pakistan,today’s Bangladesh) still continues today. There are areas in present West Bengal where Bengali Hindus can not practice their religious rights very easily .

The Political Violence Culture sown by Congress and Communists still continues in the era of Mamata Banerjee who came in to the power saying “bodla noy bodol chai” (we dont seek revenge but change). The Bengal of Swami Vivekanand , Netaji Subhash and million more legends is often in the news for crude bombs, political killings and rape of opposition leaders or their families.

The Bengali community which used to be the masters in business has started looking down upon the business class and is more in to club carrom card ciggerrate culture than anything else. No this didnt happened in a single day. 35 years of Communist rule brainwashed the mighty Bengalis to believe that businessmen are extortionist and they loot you they exploit you. Shut down the factories (in which they used to work) shut down the companies . In just 35 years West Bengal saw a massive closures of factories and companies in the state. From a class with fine knowledge of business Bengalis were turned in to a class of protestors and agitators.

In this tough times when West Bengal is going through joblessness , corruption , cultural demolition of native Bengalis, Violence , syndicate , illegal Rohingya infiltration West Bengalis is finding a ray of hope in BJP led by Narendra Modi and Amit Shah .

Reasons why BJP may win the next elections :

Dilip Ghosh is a storm in Rural Bengal it wont be wrong to say for him that jaha se wo khade hote hain line wahi se suru ho jaati hain. He is leading from the front to take BJP to the masses. The Urban intellectuals discussing politics in coffee house with cigarettes in their hands will be shocked with the way Rural Bengal is going to behave.

Mukul Roy on other hand is busy breaking his opponents. He is not a great orator but he knows how to do it silently.

This combination is getting proved to be lethal against TMC.

2021 elections are going to be intresting only thing which can save it for TMC is waging massive Violence during elections. But given the close observations made by governor home ministry and ECI even that appears to be a distant dream.

Whatever may be the result but do go out and Vote .

Muslim man Rafiq hoisted Pakistan flag on his roof of the house in Kushinagar, Uttar Pradesh