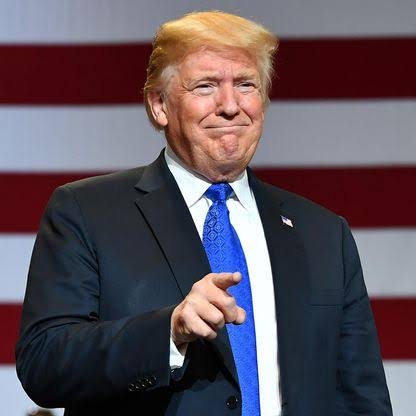 While ex-president Donald Trump will be speaking at the upcoming Conservative Political Action Conference (CPAC), he will not be joined by his ex-deputy Mike Pence, a fact that has both sides of the political aisle talking theories as to why?

The Conservative Political Action Conference (CPAC) opens on Thursday 25th February, 2021 in Orlando, Florida, with ousted president Donald Trump its headline speaker in his first public engagement since leaving the White House for Mar-a-Lago a month back.

A four-day gathering of right-wing activists from across the spectrum of United States of America, CPAC was founded in the year 1974 by the American Conservative Union and Young Americans for Freedom and its inaugural address was given by Late President Ronald Reagan, then California Governor and a Presidential candidate two years later, who used the platform to lay out his vision for the country and won successfully with highest number of votes and Jimmy lost the election due to his misadventure in Iran, which proved fatal for his reelection.

It has since become an all-important date in the conservative calendar, an opportunity for American right-wingers to come together to compare notes on an array of issues concerning their value system, from the Second Amendment right to bear arms to abortion.

But this year’s conference, entitled “America Uncancelled”, is likely to be unusually fraught given that the Republican Party is currently mired in civil war following Trump’s election defeat and the Capitol Hill riot, with pro-Trump loyalists and establishment moderates locked in a verbal feud that looks to determine its future.

Matt Schlapp, one of the main organisers for the event, has said Pence’s refusal to speak at the conference is a “mistake.” “His conservative record is well respected, and conservatives want to hear his take on the current threats posed by the socialism and this radicalised Democrat party.”

Ex-VP Mike Pence has snubbed annual conservative conference where his former boss Trump is due to speak, prompting speculations of conflicts and differences.

Trump’s speech will, meanwhile, be his most glamourized public event since leaving White House office. While he’s given a handful of television interviews and released multiple public statements, the former president has been unusually silent at a time when the future of Republican Party has come into question, with some encouraging the GOP party to ditch Trump and others wanting to see it be more loyal to him, in time of despair.

Trump is expected to talk about both his future in politics, as well as the failures of the Joe Biden administration – especially immigration – when he speaks on Sunday, February 28, the last day of the CPAC event that opens Thursday in Orlando, Florida.

While there is no official bad blood between Pence and Trump, reports suggested the relationship may have soured following the US Capitol riot on January 6, 2021. Pence had to be rushed away as some Trump supporters reportedly planned on kidnapping him to stop the inauguration event of 20th January 2021.

Trump was subsequently impeached by the House of Representatives for “inciting an insurrection” by stirring up the crowd that day with a speech about election fraud, but the former President was later acquitted in the Senate, due to lack of votes from GOP.

A report from the Washington Examiner citing anonymous sources close to both Trump and Pence indicates the former vice president refuses to speak at CPAC simply because of Trump’s presence. Trump, according to the Examiner, is also furious with his former colleague for certifying Biden’s election victory.

“As far as Trump is concerned, there is no way back for Pence,” a source told the paper.

Officials with Trump’s campaign, however, have pushed back against the reports of a fractured relationship. Conspiracy theories on social media have been flooding in since the news of Pence’s absence broke, with many Trump critics theorising Pence may not want to “speak to people who tried to kill him” and conservatives seeing no future for the former vice president in a party he’s promoted and been part of for decades.

Since leaving his position in the government, Pence has opened an office in Virginia and will be serving as a “distinguished visiting fellow” for the Heritage Foundation.

As President Biden’s nuclear diplomacy continues to hit a snag, Iran has decided to up the ante by threatening to raise uranium enrichment to 60%. In response to Iran, the IDF is now preparing for an assault on Iran’s nuclear program. While it is true the Biden team is trying to come the region down, the wishy washy strategy the administration has employed up until now has weakened it hand, both against Iran and with its allies.

The fact that European countries that are usually cool to the Israeli point of view on Iran are publicly backing Prime Minister Netanyahu has cornered Biden. The Ayatollah might be gambling wrong with their threat. In the next few weeks it will become obvious.

I foresee a presentation vision of Trump for the 2024 election and his plan to remain in the limelight and pointing to the policy changes, which the current dispensation falters and become weak in terms of China, Iran and Afghanistan policy..

Amit Pandey
Previous articleRinku Sharma 2.0 averted in Malwani Malad; Being a Hindu is the BIGGEST SIN in ‘Secular’ India??
Next articleThe smooth and successful vaccination drive by Modi Govt is something that is unimaginable for any other Party in India !!
- Advertisement -