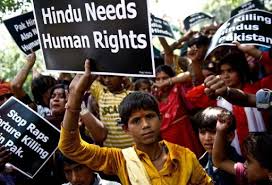 32 years after the genocide,Kashmir Pandits swallowed the pain and anguish,lived a life of an abandoned,worked hard in education and employment.

The Kodavas, the warrior community were treated similarly so much so that river Cauvery was flowing dark red for a week eye accounts reveal.

The Iyengar community belonging to Mandya,the followers of Sri Ramanujacharya do not celebrate Deepavali even after 231 years since the incident that happened.

1948,after MK Gandhi’s assassination,the Chitpavan Patawardhan brahmins in the Konkan area were subjected for reckless tortures and killings.

Since the invasion of Moghuls,the brahmin community have been the target for all sorts of atrocities.Tons of sacred threads were burnt daily to show as many brahmins killed during the Moghul era.

The Saraswath brahmin community natives of Kashmir who spent time only in spiritual contemplation,in education were driven away starting from the 13th century.They kept moving from one place to another getting attacked,thus they reached as far down South as in Kerala.

Goan inquest from the portugese did not leave these Saraswaths also,they were brutally killed or hands chopped off which is a well documented fact in the books of history.

Despite all these dark past,no Brahmin family ever teaches their kids about the violence but a daily prayer

Meaning,across the 4 oceans let every dwelling be blessed.This includes every creature,not just humans,both animate and inanimate dwellings of this earth.

History can be cruel but righteous values instilled in the kids make them better human beings.Hatredness and extremes of religious indoctrinations have been a curse.