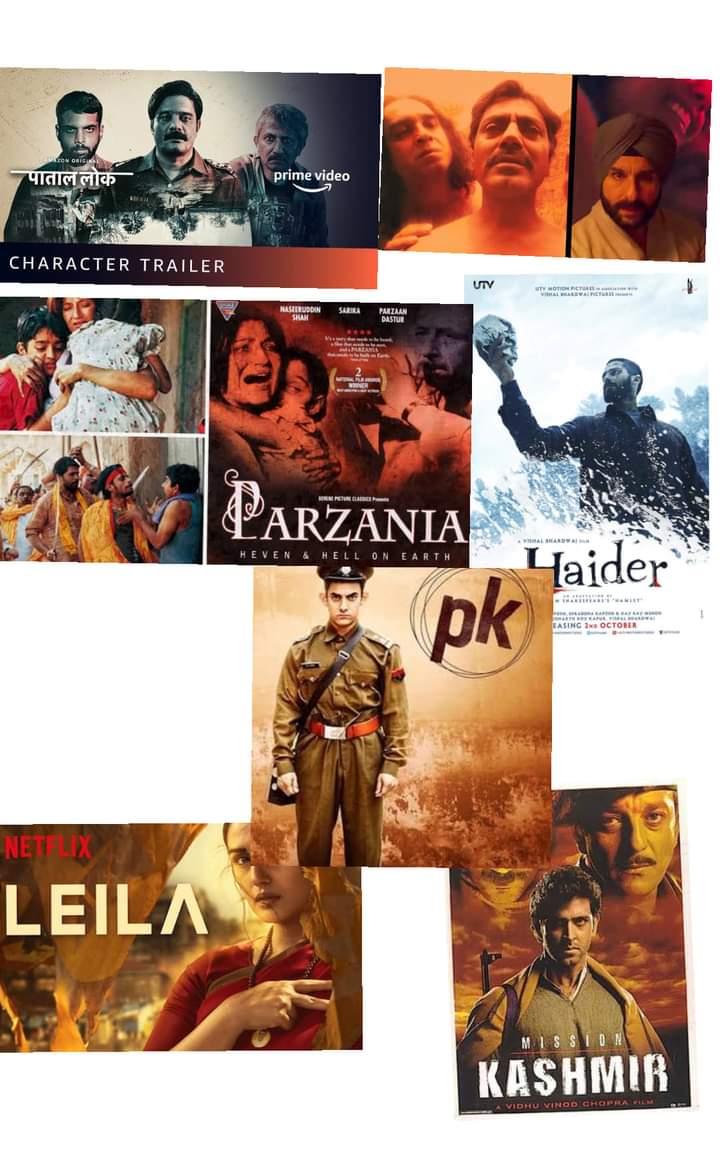 For years on end, they have been making films demonizing the Hindu community, despite doing so from a Hindu majority nation. The trend has always been to portray rapists, murderers, terrorists and other criminals as hindus. Even if a film is an adaptation of a real life incident, wherein the real culprit is a Muslim, in the film, the name of the culprit is almost always changed to a hindu name. If they are in the mood of making espionage films involving ‘peaceful’ terrorists, they would invariably show a ‘peaceful’ character who is good and patriotic, who would be involved in bringing the terrorists to book. At times, they are even shown as victims, being discriminated for their ‘peaceful’ identity.

They have revelled in mocking Hindu customs and rituals, often portraying them as unscientific and unnecessarily superstitious. Hindu seers have been mocked at and villified in cinema made in most Indian languages, for ages. The fatal attacks on our seers may be in an outcome of such portrayal because films often have an indelible impression in the minds of the gullible.

They have whitewashed our glorious history, made heroes out of the marauders who invaded our nation, looted and massacred our ancestors. They have negatively portrayed our valiant Armed forces as lechers/killers/rapists and have portrayed our inimical/aggressing neighbour as good samaritans whom we make the mistake of misunderstanding.

Yet we have never touched them, called for their killing, physically harmed those or abused those who watched those films. The maximum we did was voice our views against those films on social media and didnot watch those. Yet they called us intolerant, fascists, blamed our nationalist government at the Centre and what not.

One film, just one film showcased the reality of the torture & torment faced by the Hindu community by the ‘peaceful’ aggressors and their entire cabal is jumping up and down as if their backsides have caught fire – demanding a ban on the film, demanding arrest of those who watch the film, ‘peacefuls’ are trying to disrupt the shows by fomenting trouble in the theatres, stabbing and bombing hindus who watched the film, that includes an MP even, calling it a lie, calling out, abusing and threatening it’s makers so much so that they had to be provided with a security cover for showcasing the plight of hindus in a hindu majority nation. Who are intolerant, who are fascists then?

The above is a ploy by the leftist-naxal- jehadi cabal to terrorize film makers and cinegoers so that they refrain from showing the truth in future and their narrative should prevail. It is always the tendency of this terror mongering cabal to play victim, pretend to be oppressed, portray fake narrative against hindus in the garb of freedom of expression and claim that to be a ‘bold & brave’ venture winning awards & accolades galore. And the gullible people of our country gulp it down. Now that the duplicity of these individuals have been exposed, it is imperative that the nationalists remain united, not cower in the face of threats, not let the euphoria die down, counter fake narratives and create an environment for more of such ventures to take shape.

Ranita Indic
Previous articleANALYSIS OF THE DAY : Why to raise the old unauthenticated issue now ?
Next articleAtrocities on Hindus & tolerance
- Advertisement -