An open letter to Liberal : Modi, Yogi and The Kashmir Files 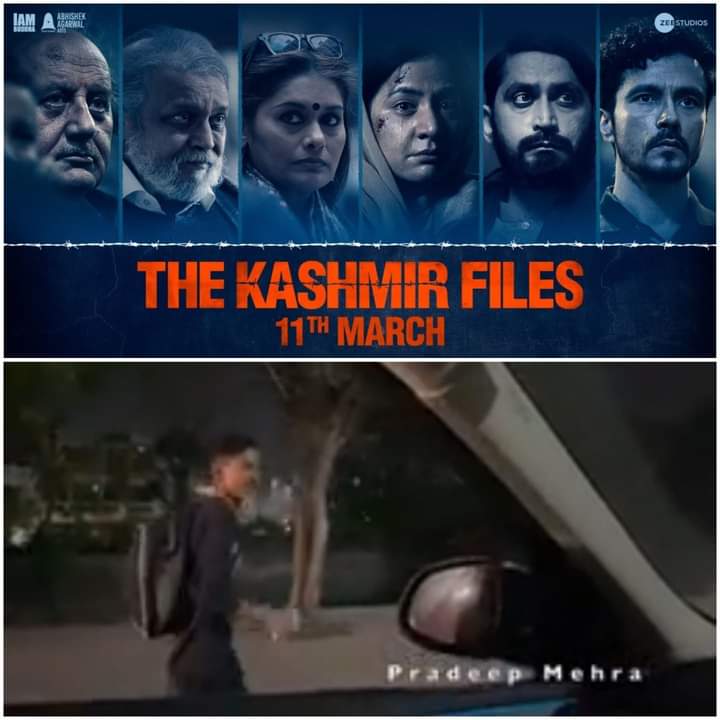 If spreading hate and peddling agenda could make a movie superhit, Parzania, Hyder, Kaala, Jai Bhim and several such “classics” would have become all time hits. They just scraped through or flopped. The problem with Liberal Jama’at is the inability to accept truth or even reality.

That is the problem. You are a small, miniscule segment of our population. Before the social media, you were the almighty power that decided what we should know and what we shouldn’t. You decided what was right and what wasn’t. You even got to decide who should be a Minister and lobbied for such things. The Kashmir Files is a wake up call. At least now, you must understand, those days are gone forever.

PM Modi-ji, Yogi-ji and Vivek Agnihotri of The Kashmir Files are capturing the imagination of people, not because of hate but in spite of hate. The hate you people have been spreading all these years. Their success stories are built on foundations created using the stones your ecosystem had thrown at them.

The problem is not with the people, not with the so called Right wing Hindu fanatics. If the RW were to spread hate, the viral video of Pradeep Mehra wouldn’t have been viral today. Millions of Bhakts are sharing it in spite of the fact that it’s made by Vinod Kapri, a confirmed Modi-hater. The reason for the popularity of this video is love. Love for a youth who isn’t an entitled freeloader but a hard working young man with a goal to join Army. The reason is the absence of usual agenda-peddling by the Leftists.

Branding people, canceling people and ideas and forcing bans; all these were done by your Jama’at. So called RW might have opposed movies, books or paintings in the past. But in the past eight years or so, we have used purely Gandhian methods to protest.

We realized everything your Jama’at had on offer came with an agenda. When we didn’t like your movies or books, some of you preached, “It is freedom of expression. Don’t watch if you don’t like. Go make your own movies or write your own books.” We just did that, exactly like you asked us to do.

We wrote our own books and made our own movies. And you are the ones having problems now. Your ecosystem tried to block books like Adv. Monika Aurora’s “Delhi Riots” and many of you wanted ban on “The Kashmir Files”.

You were the people who forced a Visa ban on Modi-ji for over a decade. You were the ones who outlawed “Buddha in a Traffic Jam” in universities dominated by your cabal. And then you branded us “Intolerant”. We weren’t Intolerant. We learned not to tolerate intolerance.

Yes, Modi-ji, Yogi-ji and The Kashmir Files have benefited by “hate”. They just outlived your hate and attracted love of a humongous lot of people. The more hate you’ve tried to spew, more love they’ve received from people.

This is the truth, whole truth and nothing but truth. There’s no tender truth and no post truth. Just plain truth. If it’s hurting you, the problem is with you. We accepted your challenge and have moved ahead. Freedom of expression. Right ?

Thanks for showing us the way forward.

GovindRaj
Previous articleAtrocities on Hindus & tolerance
Next articleAnalysis of the day: Have we easily accepted the Human rights violation against Pakistani Hindus?
- Advertisement -