Will Europe become a Muslim Continent sooner or later! 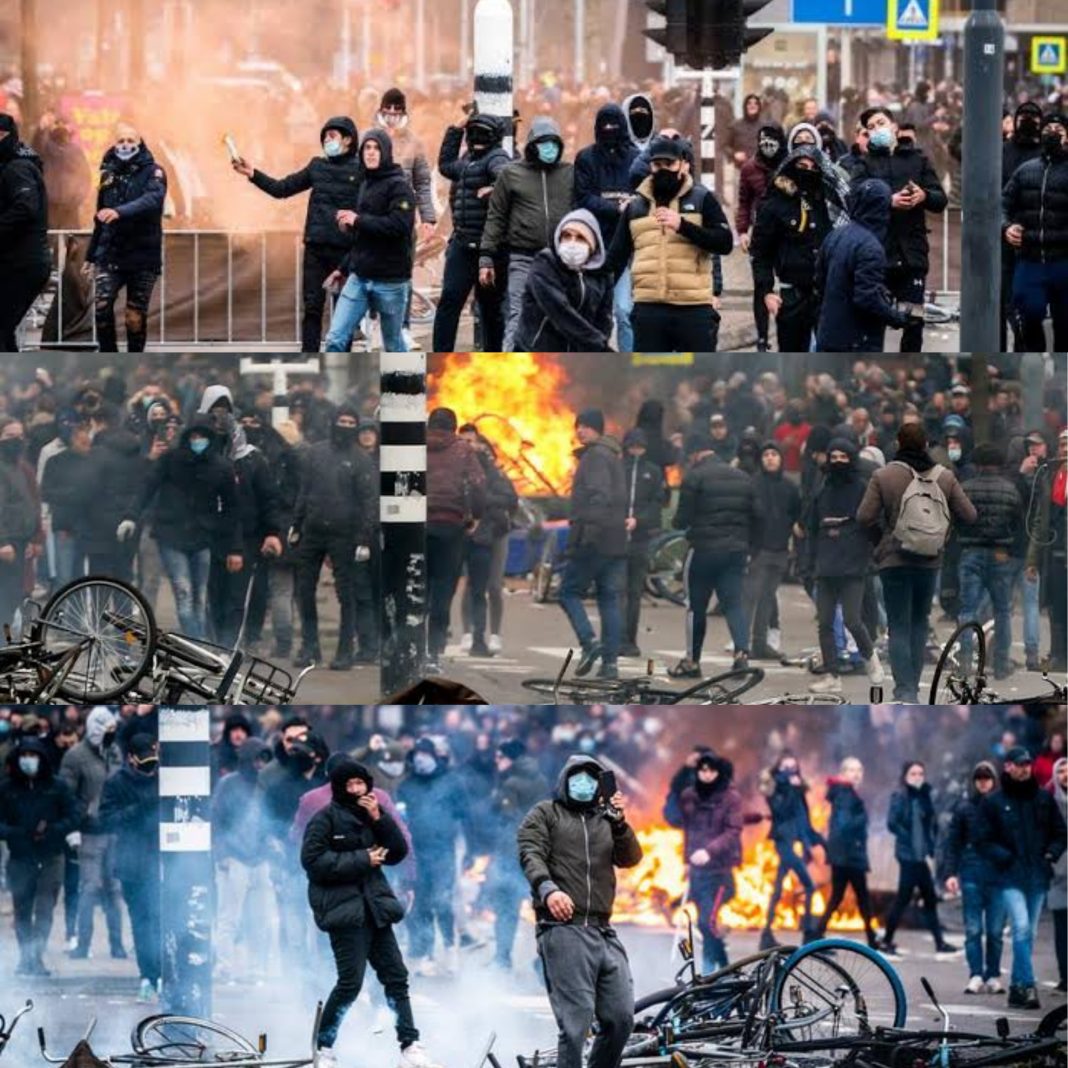 Chancellor Angela Merkel said that Germans have failed to grasp how Muslim immigration has transformed their country and will have to come to terms with more mosques than churches throughout the countryside, according to the Frankfurter Allgemeine Zeitung daily. A stark reality in the years to come with shouts of “Allah o Akbar”, reverberating in the beautiful countryside of Germany. Germans take pride in owning small pieces of forest and nurture it as their 2nd home with trees and ferns and soon these forest may be place of worship with mosques sprouting like fast growing shrubs. The scenario and thoughts look scary.

“Our country is going to carry on changing, and integration is also a task for the society taking up the task of dealing with immigrants,” Ms. Merkel told the daily newspaper. “For years we’ve been deceiving ourselves about this. Mosques, for example, are going to be a more prominent part of our cities than they were before.”

Germany, with a population of 4 – 5 million Muslims, has been divided in recent weeks by a debate over remarks by the Bundesbank’s Thilo Sarrazin, who argued Turkic and Arab immigrants were failing to integrate and were swamping Germany with a higher birth rate.

In France, 30% of children age 20 years and below are Muslims. The ratio in Paris and Marseille has soared to 45%. In southern France, there are more mosques than churches.

The situation within the United Kingdom is not much different. In the last 30 years, the Muslim population there has climbed from 82,000 to 2.5 million. Presently, there are over 1000 mosques throughout Great Britain – many of which were converted from churches, in the country side and with aging and greying population not going to Sunday rituals for Sunday mass falling, so are the contribution to the church donation boxes. They were crumbling and were put for sale. They were bought over by the Turkic, or Iranian or Saudi Arabian or Qatari money and becoming either Shia or Sunni or Salafia or Wahhabi mosques and thereby a madrassa and a training ground for potential hardcore followers, under the garb of Sufism – Islam a religion of peace and harmony and global brotherhood.

In Belgium, 50% of the newborns are Muslims and reportedly its Islamic population hovers around 25%. A similar statistics holds true for The Netherlands. It’s the same story in Russia where one in five inhabitants is a Muslim, but Russia controls their fanatics with a tough iron hand and discipline.

Turks in Germany, also referred to as German Turks and Turkish Germans (German: Türken in Deutschland / Deutsch-Türken; Turkish: Almanya’da yaşayan Türkler / Almanya Türkleri), are ethnic Turkish people living in Germany. These terms are also used to refer to German-born individuals who are of full or partial Turkish ancestry. Whilst the majority of Turks arrived or originate from Turkey, there are also significant ethnic Turkish communities living in Germany who come from (or descend from) Southeastern Europe (i.e. Balkan Turks from Bulgaria, Greece, North Macedonia, Serbia and Romania), the island of Cyprus (i.e. Turkish Cypriots from both the Republic of Cyprus and Northern Cyprus), and more recently, since the European migrant crisis (2014–19), as refugees from Syria, Iraq and Kosovo. At present, ethnic Turkish people form the largest ethnic minority in Germany. They also form the largest Turkish population in the Turkish diaspora.

Turks who immigrated to Germany brought cultural elements with them, including the Turkish language and Islam. These cultural values are often passed down to their children and descendants, but Turkish Germans are also increasingly secular. Greater German society has also been exposed to Turkish culture, particularly in regards to Turkish food and the arts. These changes in Germany, as well as the recently introduced Germany nationality laws in 1990 and 1999, show that Turkish immigrants and second-, third-, and fourth-generation Turks are no longer merely seen as “foreigners” (“Ausländer”) in Germany but rather members of German society who are increasingly making their voices heard, whether it be in local and national politics, civic actions, religious organisations, or in cinema, literature, music, and sports.

Late Muammar Gaddafi of Libya once stated that “There are signs that Allah will grant victory to Islam in Europe without sword, without gun, without conquest. We don’t need terrorists; we don’t need homicide bombers. The 50 plus or more million Muslims (in Europe) will turn it into the Muslim Continent within a few decades.” They are projected to comprise 8% or 58 million by 2030.

The numbers support him in his grave!