Why do people say that Hinduism has no rules but also say, you can’t eat meat, etc.? 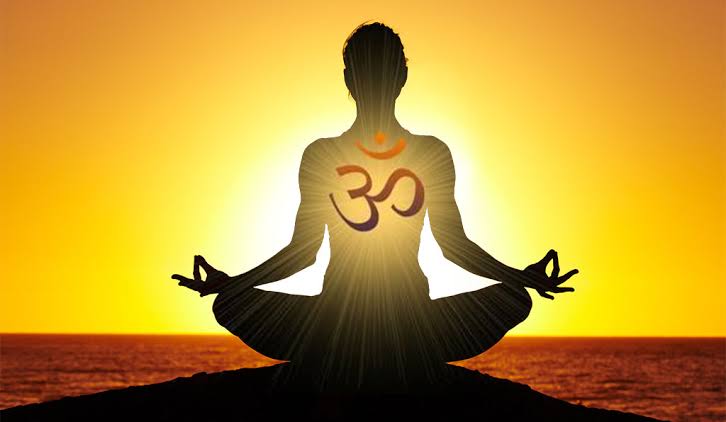 There is confusion between rules and commandments. Hinduisms doesn’t have commandments, but it has rules.

Commandments must be followed to be able to get into the Christian or Muslim heaven. And according to their doctrine, you have only one life. Yet even more important than the commandments, is the belief in Jesus and the Bible (that’s what the Christian doctrine claims) or the belief in Mohammed and the Quran (that’s what the Islamic doctrine claims).

Hinduism doesn’t make such claims, but it has rules to be followed if you want to make your life into an ideal life where you have the chance to realise the purpose of life. The purpose of life is to ‘know’ (not intellectual knowledge, but being absolutely sure) that you are not a small person in a big universe but essentially one with all. “Ayam Atma Brahma”, (= this Ataman is Brahman) or “Aham Brahmasmi” (= I am Brahman) claim the Upanishads.

Now what is the point to discover this purpose? Well, everyone looks for happiness. True happiness lies within. Brahman is blissful Consciousness.

Anandamayi Ma, a sage from Bengal who left her body in 1982, once said “People feel sorry for Sadhus that they miss out on the joys of life. They don’t realise what THEY miss out by not trying to discover the inner bliss.”

So yes, Hinduism has rules, but nobody forces you to follow them.

However, Hinduism also postulates the law of Karma, which of course makes sense. Even Christianity copied it “As you sow, so you reap”. Hinduism says that the reaction to an action will find the doer of the action, like a calf finds its mother under thousand cows.

Manusmriti considers not only those who kill animals but also those who cook, serve or eat them as murderers.

So the choice is ours. Hinduism doesn’t threaten with eternal hell if we eat meat, but it will be in our own interest (and also in in the interest of the world’s ecology) if we stick to vegetarianism unless we need meat for survival.

An ideal life means a purified, refined life where one’s true essence has a chance to shine through. To put into your body the flesh of a brutally killed animal surely won’t contribute to refinement, but to the opposite.

Maria Wirth
Previous article
Abhijit Sarkar , Anti Hindu &
The Dirty Professor of Oxford
Next articleRani Karnavati, grand mother of Maharana Pratap, an empowered female warrior of Mewar, who sacrificed everything to protect her country and her honour.
- Advertisement -