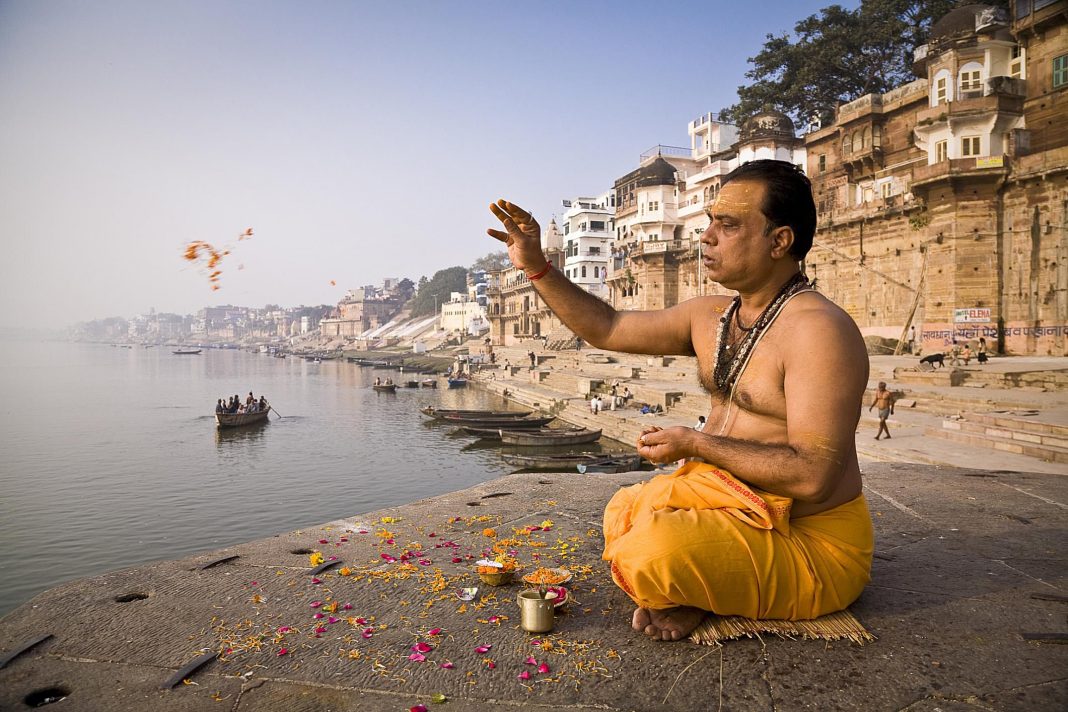 A friend asked me this question recently.

Sanatana Dharma is so vast; it has so many aspects. How to put it briefly? Let me try:

Sanatana means eternal and Dharm is difficult to translate. It means: to do what is right in a given situation, to do one’s duty.

How to know what is right? Our conscience tells us in most cases what is right. The human being is equipped with a moral barometer which gives the right direction. Only in some cases, there may be a genuine doubt. In those cases, texts like the Bhagavad Gita, the Ramayana or Dharma Shastras can prove helpful, or the advice of a trusted guru.

But, is the main thing in life to be an honest, upright, compassionate human being?

It is probably the most important part, because only on this basis, the other important aspect of Sanatana Dharm can be understood. Being honest and following one’s conscience makes one susceptible to finer layers of awareness, and such refinement is needed to understand the truth.

And the truth about us and the universe is the other very important aspect of Sanatana Dharma. The Vedas, Upanishads and innumerable other ancient texts contain wisdom which a human being cannot easily discover. This wisdom was “seen” by the Rishis and has never been proven wrong.

The main point of this wisdom is: you are not what you think you are, but you are one with everything. In other words: You are not a small person in a big world but your Essence is the one blissful Awareness which is the basis of the universe and beyond – SatChitAnanda. Or again in other words: your person is like a wave on the infinite ocean. In essence the wave is nothing but the ocean.

From this claim (that we are not a small person in a big world) follows naturally that the goal of life is to realize this Oneness, to “know” it as clearly as true as one now knows that one is a human being and not a dog.

Plenty of tips are given how to discover this Oneness. Probably the best guide is the Bhagavad Gita, which explains in detail Jnana Yoga, Bhakti Yoga and Karma Yoga. Jnana means to approach unity (Yog) by reflecting deeply on the truth, Bhakti by devotion and surrender to that great Intelligence and its divine forms, and Karma by dedicating one’s actions and leaving their result to that great Intelligence.

It follows that Sanatana Dharma fosters good humans who are aware that SatChitAnanda is within them and in all others, including in animals and nature. It gives them inner strength, and it makes them kind to other living beings and respectful to nature. It’s the ideal basis for society.

Now in comparison, Christianity and Islam, both of which claim to be the only true religion, do not foster universal goodness in humans, and also do not have the wisdom about the Oneness of all.

Both religions demand that the doctrine of their religion must overrule one’s innate knowledge of good and bad. The most important claim of their doctrine is that the Highest loves only the followers of their respective religion. Therefore, Muslims and Christians are taught from childhood that non-Muslims, respectively non-Christians, are inferior and will be rejected by the one Almighty. Their goal of life is to make the world free of those unbelievers either by pushing conversion or even by killing to please their God/ Allah.

And to hide that they have no proof whatsoever for their strange beliefs, they keep attacking Hindus as superstitious, caste-ridden, etc. to put them on the defensive and prevent them from exposing them.

Fortunately, Hindus are waking up and see through their game. And even several converted Indian Christians and Muslims wake up and realize that the almighty Creator cannot possibly be such a terrible tyrant, who enjoys making billions of people suffer for all eternity in hellfire.