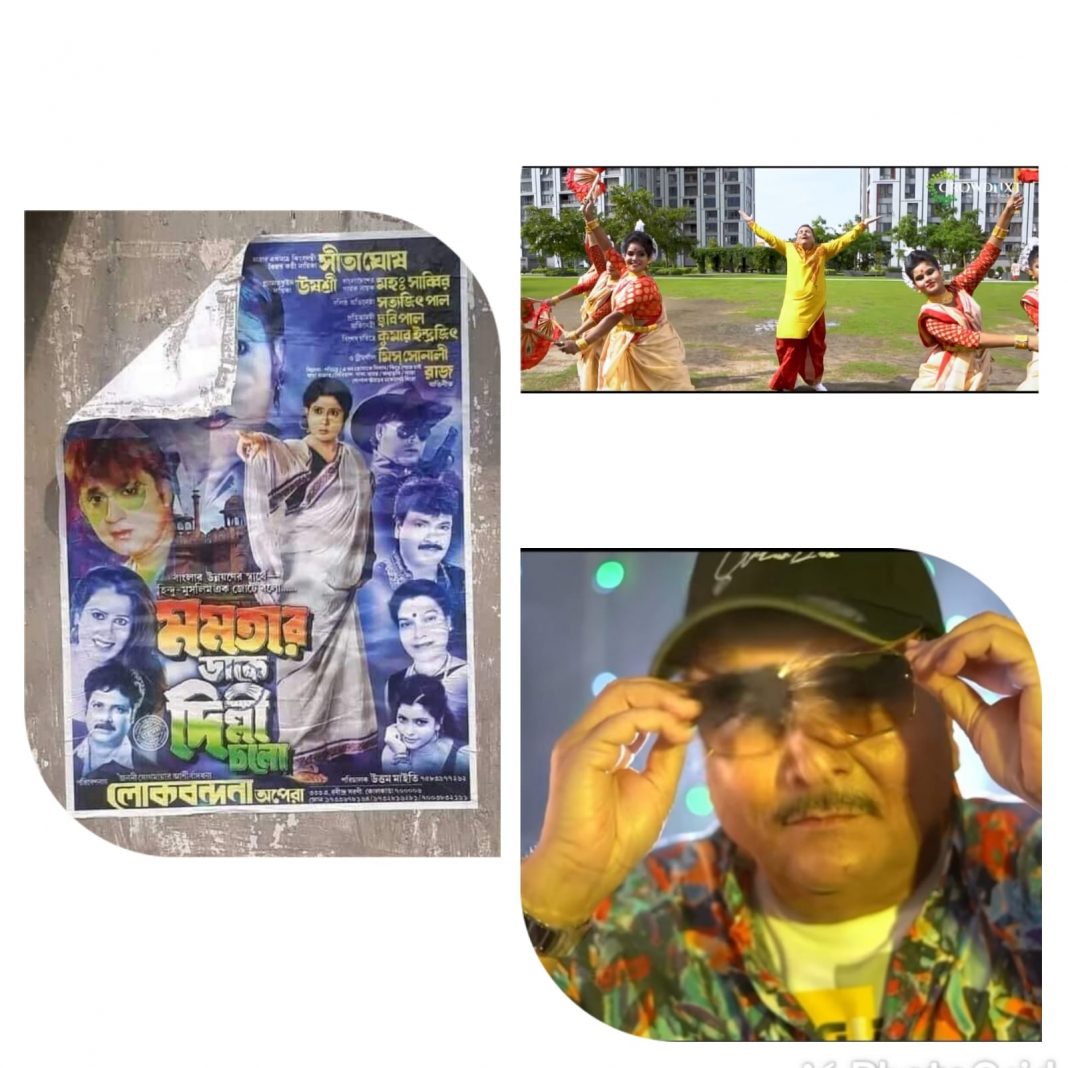 The TMC have constantly been claiming to be the keepers of Bengal’s culture and heritage. Well, the way they are doing that is by imposing themselves and their guttaral activities into our cultural scenario, to project those as heroic deeds. While their Siamese twins, the Taliban in Afghanistan are disbanding all forms of art and cultural exchanges, being ‘anti Islamic’ as par their belief, the TMC is Talibanising each and every art form of Bengal.

The Jatra, the ancient folk theatre of Bengal, still immensely popular in rural and semi-urban areas, earlier used to portary themes from our history and ancient hindu mythology. With the advent of more popular and easily accessible means of entertainment, the demand for the Jatra dwindled over the years causing immense financial stress for the Jatra artists. Given the scenario, stepped in the devilish TMC and started funding them, primarily from their kitty of laundered money with the condition that such themes of pride and valour of our nation, need to be dropped and replaced with themes glorifying Madame and her henchmen, as we see here – the Jatra theme being ‘Mamata ki pukar sunke dilli chalo’.

Alongwith that, we have distortion of several of our religio-cultural practices, as we found in recent times – Maa Durga being modelled on Madame, Hakimchacha chanting (rather ranting) the Chandimantra, replacing Maa Durga with Madame and now we have to bear with this – the debauch, philandering, drunken lout, Mod-on Mitra totally ruining our Mahalaya song immortalised by Hemanta Kumar Mukherjee – ‘Jago Durga, Jago Dashapraharandharini’ by remixing it and replacing Maa Durga with MB. The message is clear – Bengal cannot celebrate or worship any celestial or terrestrial being other than Madame and the rest of the TMC bumpkins! If this is not Talibanisation and total annihilation of the very cultural fabric of Bengal, then what is?

And they won’t dare do that with any other ethno-religious community as they happen to be their dedicated vote bank! Can’t blame them much, it is the spineless Bengali hindus, who are unable to throw them out.. Hence this is our plight!