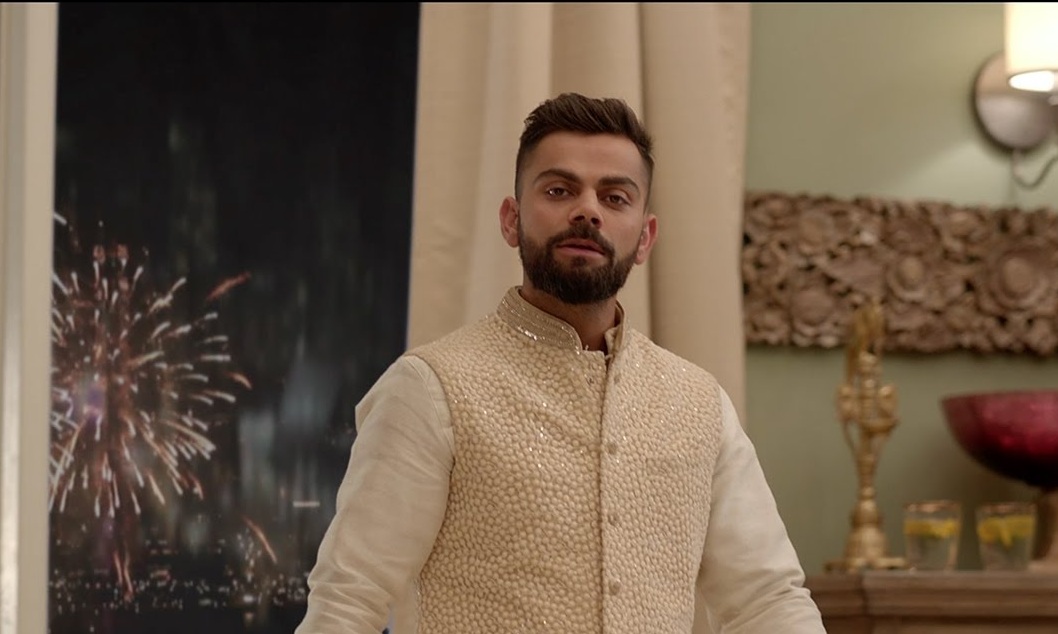 MY festival is not YOUR social media campaign!

I watched with amusement as you announced that you would be sharing your unsolicited advice on how we Hindus should celebrate Diwali.

If you wish to share batting or cricket captaincy tips, you are welcome to do so. If you wish to share fitness recommendations or even how to woo a future wife, I’d be listening. I’m even willing to listen to random suggestions on which soap to use or which outfit to wear for a wedding. But, what is your credibility and credentials on guiding a billion-strong Hindus on how to celebrate Diwali?

For your information, Diwali has been celebrated for millennia. Long before the British Raj introduced cricket to the natives, Diwali was celebrated. There are regional distinctions in the way Diwali is celebrated. As a South Indian, it starts early morning with an oil bath, a puja followed by a heavy breakfast and a round of firecrackers, all before sunrise. In the evening, the house is entirely light up. Throughout the year, we are reprimanded for a light left switched on with a rebuke, asking, “Why are the lights on? Is it Diwali?” On Diwali day, the entire house is lit up with a vengeance and diyas are placed at every possible point. Irrespective of the diktats of the slothful MiLords of the Indian judiciary, another round of firecrackers for as long as possible. I hope your counsel encompasses regional variations, or do you expect us to conform to one way of celebrating Diwali?

If the firecracker disturbs your environmental sensibilities, dispose of your seven-odd Audis, Toyota Fortuner and Renault Duster. The Lamborghini Gallardo that you own gives a mileage of a mere 6.4 kmpl. The Porsche Panamera Turbo, purchased last year by your elder brother, Vikas, has a smaller carbon footprint than that. How to spend your hard-earned money is your prerogative, but the pretence of being concerned about the environment is utter hypocrisy. So spare us the charade and enjoy your wealth without guilt. You are not our icon when it comes to matters environmental.

Two years ago, you promoted the web series produced by your lovely wife. The series managed to raise the hackles of Sikh leaders with Manjinder Singh Sirsa, former Akali Dal MLA and Delhi Sikh Gurudwara Prabandhak Committee president, calling for a ban on the series for maligning Sikhs. In a rare accomplishment, it managed to hurt Gurkhas by using the slur “Nepali randi”. Indra Hang Subba, a Member of Parliament from Sikkim, wrote to the Ministry. A complaint was filed by “All Arunachal Pradesh Gorkha Youth Association (AAPGYA)” with the National Human Rights Commission. As if the self-loathing was not enough, the series was filled with hinduphobic insults and mockery of Hindus that were not essential to the storyline. Spotting needless barbs became a competitive sport. You say light a single diya, while in Ayodhya, your wife’s birthplace and the epicentre of Diwali celebrations, five lakh fifty-one thousand were lit last year. They expect to light three-quarters of a million this year and deploy five hundred drones to capture the spectacle in the presence of our Prime Minister. With this disconnect between what you espouse and what Bharat celebrates, it should be clear to your PR Managers; you are not our icon when it comes to matters spiritual.

The media reports that your earnings for 2019 were Rs 252.72 crore, while your wife earned Rs 28.67 crore. The expenses you’d incur and the investments you’d make would be commensurate with such income. Moreover, if you or your wife were to report a drop in income, it would be touted as an example of India’s tottering economy. With luck, it might even be an election issue for a few. So, we understand the pressures to keep the cash registers ringing. We understand the need to monetize your fame and success. As a father to a newborn, you could tell us to enrol our kids in a Byju’s course. I hear from the grapevines they may be open to the idea. Or you could tell us which shoes to wear. The Nawab of Pataudi hasn’t been seen frolicking on the screen to promote Amul innerwear. You could step into his undergarments. The choices are plenty, but, whatever you choose, please remember MY festivals are not YOUR social media campaigns!