Power Play & the politics of power 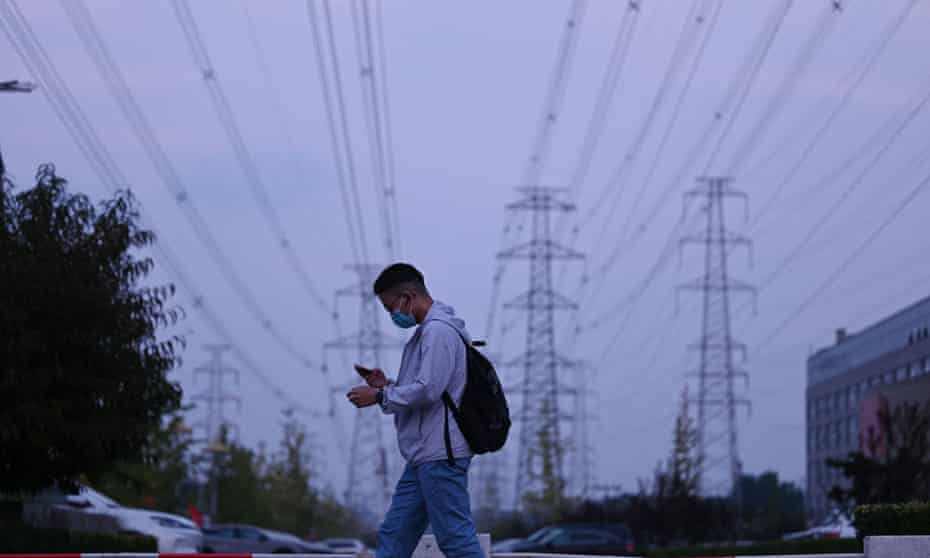 On 9th October 2021, Delhi’s Chief Minister Arvind Kejriwal tweeted a shocker that the national capital was on the verge of a power crisis due to a shortage of coal and that he had written to the Prime Minister. On cue, the following day, Delhi’s Power Minister, Satyendar Jain made a shocking announcement that most of the power plants supplying electricity were left with only two to three days of coal stock. This was followed up the next day by his boss reclaiming the spotlight once again, with his assertion that the situation in Delhi was “critical”, warning of looming blackouts due to the acute shortage of coal in thermal power plants.

Netizens were quick to pick up the duplicity, wherein an earlier announcement had been made that Delhi was “free” of power from coal-fired thermal power plants, but opportunistic politicians prematurely claiming credit is so frequent and passé nowadays, that we can gloss over this misdemeanour, for now.

A flurry of announcements by the appropriate State Governments followed soon enough. The Andhra Pradesh Govt urged citizens to desist from using ACs after 6pm. A news report claimed Punjab and Rajasthan were planning scheduled power cuts. Bihar and Jharkhand were already experiencing power cuts for 6 to 7 hours. Maharashtra, Punjab, Tamil Nadu joined in the chorus. A wave of reports dominated the news-cycle, every journalist and their aunt became a power sector expert with intimate details of coal production, consumption and imports. By 12th October, even Germany-based, expert-on-all-things-Indian, Dhruv Rathee chipped in with his ten-minutes of wisdom, helpfully adding that similar announcements of outages were expected from the State Governments of Karnataka, MP and UP soon enough.

In all the hullaballoo, and a week later, there is only one thing missing: the much-promised, debilitating power outages.

So, is there a crisis or not?
Europe experienced a crisis, partly due to the surge in electricity demand, rising coal costs and an overnight ten-fold increase in gas prices by Putin who knew his European customers had no other choices.
China witnessed the worst. A self-inflicted wound of banning high-grade Australian coal meant the world’s largest producer, consumer and importer, by a huge stretch, went shopping elsewhere. The miffed Chinese ended paying higher prices for the lowest grades of Indonesian Lignite. This had a huge impact on surging coal prices along with rebounding, post-COVID demand.

Blackouts across China were already in the news fifteen days before these events. When prices surged, China’s power sector, which collects a fixed price from consumers, tried to switch to local supplies even as China had been shutting down several mines due to environmental concerns. This exacerbated a bad situation, making it worse. Those that failed to secure local supplies shut down operations rather than incur unsustainable losses.

India is the world’s second largest producer, consumer and importer with domestic mining being dominated by Government-owned Coal India Limited which did sold at fixed domestic prices, not benchmarked to the international rates. Indian importers switching to Indian coal was one of the contributory factors to the drop in stocks, apart from rains impeding mining. Coal India ramped up production and unfortunately for few, the doomsday scenarios never materialised. The Delhi Government, which was giving ominous sound bites, managed to sell surplus power at the spot exchanges.

Like the public scare, orchestrated during the second wave, regarding shortage of ICU beds first and then oxygen, which instantly sprouted a flourishing black-market, how did the scaremongering around power outages help? Hoarding, panic buying and profiteering through black-marketing is not option. The dire warnings could have promoted the sales of UPS, gensets, torches and candles but to imply the politicians had some vested interest in increased sales of these products seems ludicrous.

A deeper dive, into seemingly unconnected incidents may give us a hint.

As Indian media were grappling with these stories, old propaganda videos resurfaced and were made to go viral in China. Already reeling under sustained power cuts and a looming credit crisis, the propaganda videos chose to focus on India’s imminent power crisis and informed the average Chinese on how grateful they should be for having their lives governed by the wise Chinese Communist Party. In one such video, the narrator said “Only China can have electricity all the time. India said “Amazing!”. In modern society, electricity is a necessity for people’s lives. Without it, many things would be at a standstill and could not be done. But you may not know, China is the only country that can have electricity all year round. There are never any major power cuts. In India, where the economy is relatively backward, electricity is a luxury. Not only are there frequent and widespread outages, there are many places without electricity supply. The number of people without access to electricity is around 200 million. The development level of the electricity system in China amazes Indians. They have no way of understanding how the Chinese manage to always have electricity.”

The cringeworthy self-laudatory videos sparked outrage amongst Chinese netizens. “Ridiculing India will not solve the problems of coal shortage and electricity supply in China, nor will it divert people’s attentions” said one user on China’s heavily censored networking platform, Weibo.

A similar happenstance occurred a few weeks earlier, in August 2021. Reeling under the COVID-19 pandemic and extensively criticized for its poor handling and response, Reuters wrote an extensive propaganda piece, explaining why the “Kerala Model” was a resounding success. To add insult to injury, Huawei promoted the article on left-leaning microblogging app, Twitter. A complete story on this by OpIndia can be accessed here: https://www.opindia.com/2021/08/huawei-chinese-govt-sponsors-reuters-article-praising-kerala-covid-19-management-cases-soar/

and for those interested in reading the Reuters article, it can be accessed here https://www.reuters.com/world/the-great-reboot/keralas-covid-19-lessons-india-modis-government-2021-08-26/

Here’s another happy coincidence from September 2020 that we need to take note of. Having drawn flak from the BJP for not attending a single meeting of the Parliamentary Committee on Defence, the Member of Parliament representing Wayanad raised a question during his first appearance at the subsequent Parliamentary Committee on Defence. The youth icon, Mr Rahul Gandhi innocently sought to know why different food was served to jawans and officers at the border. He made an impassioned plea to the Committee members saying “Don’t compromise on diet of jawans who face harsh conditions for longer hours while on duty”. This was promptly followed by a tweet from Hu Xijin, the Editor-in-Chief of the communist mouthpiece Global Times where he posted a video of Chinese soldiers eating fresh, hot meals delivered by drone with the supercilious comment: “With these drones, the PLA’s frontline soldiers can enjoy hot meals once winter reaches the plateau. Some sympathize with the nearby Indian soldiers who can only eat cold canned food and have to endure the severe cold and potential spread of COVID-19.”

The story was so flawed that even India Today was able to do a “fact-check” and debunk it. “The propaganda tool of hexacopter carrying hot meals neither looks innovative nor feasible”, India Today declared. The article can be read here: https://www.indiatoday.in/india/story/of-hot-meals-and-cold-truth-china-s-drone-lies-don-t-stand-up-to-scrutiny-1722121-2020-09-15

Incidentally, Rahul Gandhi was the signatory for an MoU signed between his party and the Chinese Communist Party.

The question this raises is that, are developments, our news cycles, even discussions at Parliamentary Committees being dictated to suit the propaganda needs of the Chinese Communist Party?

While it is difficult for the Government, without a wide-ranging investigation and extensive snooping, to determine if these are merely happy coincidences or there are more sinister motives, it is important for our opposition leaders and the media to remember that, like Caesar’s wife, they must be above suspicion.

I have no hopes of any Government action, given the complexity involved in proving their case in India’s moribund judiciary. The chances of our opposition leaders and media rediscovering their missing conscience is extremely unlikely too. Hence, it is incumbent upon “We, The People”, to decide if we want free power, water, bus and metro; or a free nation.