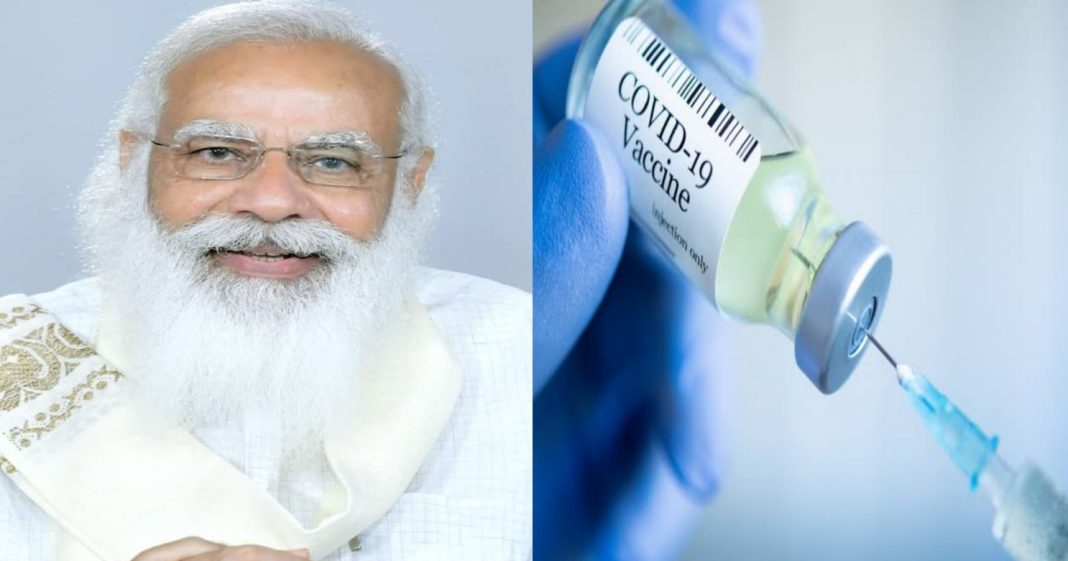 On the evening of 7th June 2021, Prime Minister Narendra Modi made two most important announcements amid the receding second wave of COVID 19 pandemic in the country. One landmark announcement was the free universal vaccination for all eligible Indians aged 18 – 44 years. Against the backdrop of vaccine shortages being reported from various parts of the country and the financial and logistical issues pertaining to vaccine procurement, storage and administration, this announcement comes as a much needed respite to the beneficiaries of the vaccination drive which has seen overwhelming enthusiasm among youngsters to get jabbed. Under this new policy, the Central Government will purchase 75 percent of the vaccines from the companies and will supply to the state governments free of cost and the onus of vaccinating the people shall be on the respective state governments. The entire cost of vaccination will be borne by the Union Government. There is also a provision under this scheme wherein 25 percent of the vaccines will be sold to private hospitals and those who wish to get themselves vaccinated at private facilities can do so by paying a service fee of Rs 150 in addition to the cost of the vaccine. This is a laudable step and is expected to address the supply side constraints with regard to vaccine availability. Also, as the PM rightly pointed out, the state governments, especially those ruled by opposition parties miserably failed to expedite the vaccinations at an accelerated pace and chose to blame the Central Government in a bid to divert attention from their own failures. In the midst of a ranging second wave of infections, they mounted pressure on the Central Government led by PM Modi to allow for decentralized vaccine procurement. The government took a strident view of the matter and allowed the states to go for their own procurements. Several states floated global tenders to attract global companies but these attempts evoked lukewarm responses with vaccine manufacturers unwilling to negotiate with the state governments. When this gimmick failed, some Chief Ministers of opposition ruled states again wrote letters to their counterparts to pressurize the Prime Minister for centralized procurement and decentralized distribution – a well calibrated strategy which the Union Government was following initially, only to be disrupted by the states.

PM Modi also highlighted how the vaccines for Corona Virus were developed in a record time of less than a year and expressed his gratitude to the scientific community for their untiring efforts in reaching at this milestone. He also shared the developments regarding vaccination. Now, ten companies are producing various vaccines in India as compared to just seven in the initial phase. Also, trials on a potential nasal vaccine is underway. Modi also cautioned against rumors and canards spread against the efficacy of the vaccines by Opposition Parties and a section of media who orchestrated a deliberate propaganda against vaccination thereby fuelling vaccine hesitancy. The Prime Minister also highlighted the success of Mission Indradhanush launched by BJP led Central Government under which immunization against various diseases have crossed more than 90 percent since 2014 in contrast to just 60 percent in the previous years. Modi also condoled the deaths of so many people who lost the battle against the Virus and expressed the pain of all those who lost their loved ones in this pandemic. He also lauded the efforts of Railways, Airforce and other agencies who worked on a war footing manner to supply oxygen from one part of the country to another as India faced one of its fiercest shortage of medical oxygen in the once in a century pandemic.

The pandemic has not only taken a toll on our health infrastructure, but it has also assaulted the economy and has brutally battered the worst off sections of the society, mainly the poor, the marginalized, the daily wage earners and others employed in the informal sector. Taking note of their miseries, PM Narendra Modi has announced the extension of Pradhan Mantri Garib Kalyan Anna Yojana(PMGKAY), a social welfare scheme which was launched last year in the aftermath of the first wave of COVID till November 2021, ie till Deepawali. This would ensure free ration for more than 80 crore households and assure them of food security in these turbulent times. Clearly, India being a welfare state cannot abdicate its responsibility towards the most vulnerable sections of its society who need a soothing balm to the wounds inflicted by this biological disaster of unprecedented magnitude.

PINGAKSCHYA PATTANAYAK
Previous articleIndia’s deadly second wave seems to be slowing down with most states under lockdown.
Next articleRadicalisation of the French Society
- Advertisement -