The Kashmir Files: A tale of horror and gross injustice 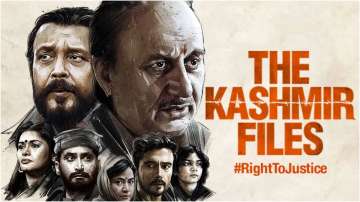 The Kashmir Files has brought into focus one of the darkest chapters of recent Indian history, and, in the process, rattled those who were either complicit in the mayhem that hit the Valley post- 1989 or in its wily cover-up during all these years. The Files details, in a raw and lacerating form, how an entire ancient culture was killed by those who invoked radical Islam to validate their agenda of ethnic cleansing.

Movies, as a medium, suffer from several limitations, particularly while dealing with multi-faceted issues or historical injustices. So does The Files. A three odd hour film can hardly be expected to encapsulate a tragedy with all its intertwined dimensions, its historical and cultural context, nuances and offer tangible solutions.

The Files is rather a pithy narration of how the hapless Pandits were killed, maimed, their women dishonoured and raped, houses torched, and places of worship and businesses pulverised, leading to their exodus even as the entire system – courts, Constitution, law-enforcing agencies and media – watched these gut-wrenching developments with a mysterious indifference. This multi-organ failure of society underlines one important reality – constitutional guarantees are worthless in the absence of a conducive ecosystem.

Why did civil society, which internationalises an unfortunate mob lynching (such as those of Akhlaq or Junaid) go into hibernation over the decimation of an ancient culture and ethnic cleansing of an entire community? Why did the system which secured successful convictions of the 2002 Gujarat riots and 2008 Mumbai terror attacks accused, fail in the Valley? Or why were none of the accused convicted, particularly when many of them unabashedly boasted about their exploits in public forums?

In a media interview, Farooq Ahmed Dar (Bitta Karate), admitted to killing more than 20 Kashmiri Pandits. He was so relaxed and casual about his misdeeds that he nonchalantly added, “Maybe more than 30-40”. It was only last week (30 years after the crime) that he finally faced trial in the Srinagar sessions court on a plea by the family of Satish Tickoo, one of Karate’s countless victims.

Apart from several other crimes, Yasin Malik is accused of an attack on a group of Indian Air Force (IAF) personnel in Rawalpora, Srinagar, on January 25,1990. During the unprovoked random shooting, four IAF personnel were killed. It took the system 30 years to charge Malik and six others for the dastardly crime.

It’s not difficult to see why and how the Indian State failed the Kashmiri Hindus. On February 17, 2006, then Prime Minister (PM) Manmohan Singh invited Yasin Malik to a meeting at his official residence in New Delhi, as part of his outreach programme. Malik, who should have been in prison paying for his crimes, was instead lionised at the PM’s house. He was sold as a “youth icon” by a section of the media. For many, he was the “poster boy” of “Kashmiri aspirations”. The message to law enforcement agencies was loud and clear.

The Indian State collapsed in Kashmir because the Valley ecosystem was, and still is, highly infested with Islamist toxicity. The process started with the takeover of the state by Sheikh Abdullah in 1947, and peaked in 1989-90. During all these eventful years, Left-Liberals provided the intellectual underpinning to separatists’ divisive narrative, successfully kept a lid over their heinous crimes and romanticised their fight for azadi (freedom).

What’s the genesis of the Kashmir crisis? A series of wrong decisions by the central leadership, its vacillation and ostrich-like attitude, all shaped by an erroneous interpretation of the concept of secularism. The first mistake was to call for a ceasefire when the Indian Army had almost succeeded in chasing away the Pakistani infiltrators from the Valley; and taking the matter to the United Nations in 1948. The second was forcing Maharaja Hari Singh to abdicate and hand over the state to Sheikh Abdullah, a rank communalist. Jawaharlal Nehru ultimately realised his mistake, dismissed and arrested the Sheikh on August 7, 1953. But, by that time, irrevocable damage was done.

There has been a lot of disinformation about Jammu & Kashmir. The state had no special status at the time of its merger with the Indian Union. The Instrument of Accession which the Maharaja signed on October 26,1947, was exactly the same (including all punctuations) as was inked by the Union with the rest of the 560-odd princely states.

Article 370 was included in the Constitution on October 17, 1949, (a year after the merger) under pressure from the Sheikh and Article 35A was surreptitiously added through a presidential notification on May 14, 1954. Obviously, The Files fails to deal with these vexed issues because of the constraints of the medium. But it surely bares the terror “toolkit”, including slogans, methodology, and theological moorings responsible for the macabre dance of death and destruction. The Left-Liberal network has sought to secrete these hideouts details all the while.

Can one seriously hold a three-hour movie responsible for “hate politics” and “Islamophobia”, as suggested by Rajdeep Sardesai in his column in these pages on March 25? The movie doesn’t generate hate, it merely mirrors it. It’s the same theology which propelled the Moplah riots in 1920s, forced Partition on India in 1947, liquidated the Hindus and Sikhs of Afghanistan, Pakistan and Bangladesh, and is responsible for what has befallen the Hindus of Kashmir. Shooting the messenger offers no solution.

This article was first published in Hindustan times , 8th April