The Human Rights Council – A laughing stock of the world 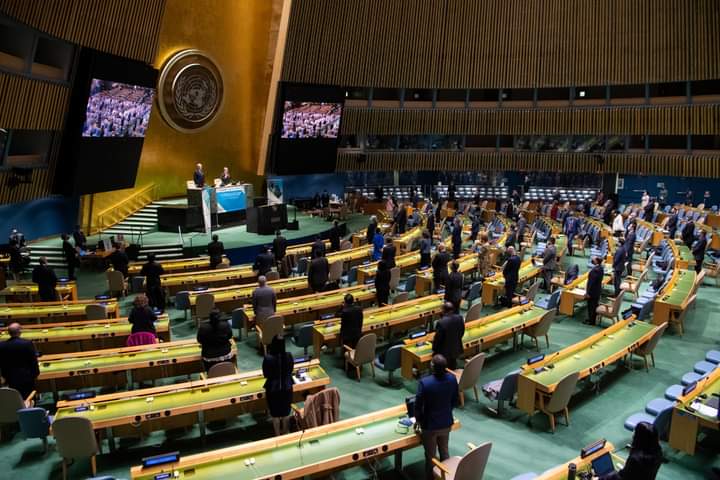 The Human Rights Council is an inter – governmental body within the United Nations system responsible for strengthening the promotion and protection of the human rights around the globe and for addressing situations of human rights violations and make recommendations on them.

It has the ability to discuss all thematic human rights issues and situations that require its attention throughout the year. It meets at the UN office at Geneva. The Council is made up of 47 United Nations Member States, which are elected by the UN General Assembly.

The Human Rights Council replaced the former United Nations Commission on Human Rights (UNHRC). What happened recently at UN is something no one could imagine. China, Pakistan and Cuba got themselves elected to this august council and they were the butt of the jokes floating around.

Eminent newspapers and individuals tweeted on this aspect and their joining this august council angered the prominent Human Right activists across the spectrum.

The compliance and Human Rights redressal in India, is most notable in the world. We have a very well respected Human Rights Commission, with each state having their own state commissions in their own state. India also has National Commission of Women (NCW), a commission on child rights, a commission on SC, a commission on ST and even on Minorities. A very effective IT enabled complaint redressal mechanism is installed at NHRC and complaints are redressed. The same application was gifted to Nepal, Rwanda, Kenya, Jordan and other nations in their local language. The author guided these applications, during his stint in the Government.

India’s record of Human Rights is pretty good and that’s why it got a rightful seat among the high table of human right abiding nations.

All international institutions are getting weaker and weaker and rogue states are getting stronger over the law abiding people of the world. Adharma is in full force over Dharma and none is able to control it except taking advantage of the situation and blackmail good governments. Therefore, the world body itself has become timid and international community has also become weak and tolerant against the rogue nations, like Pakistan, Cuba and China and this being the case, how to deal with the internal conflicts is the question before Modi government.

India was also elected member of this UN Body for two years and our nation is blamed for the Human Rights violations especially in the Kashmir region and treatment of urban naxals. No one takes note of the stone throwing so called ‘misguided youth’ in the Kashmir valley. On the other hand Hindus have been massacred, converted, woman raped, children killed and man converted and Hindu temples are desecrated and razed to ground. Many Hindu citizens of Pakistan fled and came to India and were given warm welcome and given citizenship. A large number of Ahmediyyas migrated to Sri Lanka.

China is a great violator of the Human Rights in the Muslim part of the country, where local Turkic populace has to take government permission to produce babies and they cannot wear skull caps and unknown long lost Nanis come to stay in the muslim families and their ideology gets indoctrinated to create new Muslim who pray less, do not keep beard, eat less, getting vegan, less radicalised and devoid of too much of muslim ideology.

The Chinese government’s authoritarianism was on full display in the year 2020 as it grappled with the deadly coronavirus outbreak first reported in the Wuhan province. Authorities initially covered up the deadly news on the virus, then adopted harsh quarantine measures in the Wuhan and other parts of China. The government rejected international calls for independent, UN fettered investigations into the Chinese authorities handling of the outbreak, and surveilled and harassed families of those who died of the Covid -19 deadly virus. After lot of control, WHO team was allowed to enter Wuhan for investigations.

Beijing’s repression – insisting on the political loyalty to the Chinese Communist Party – deepened across the nation. In Hong Kong, following six months of large – scale protests in the year 2019, the Chinese communist government imposed a draconian “national security law” on June 30th 2020, its most aggressive assault on Hong Kong people’s freedom since the transfer of sovereignty in the year 1997. In Xinjiang, Turkic Muslims continue to be arbitrarily detained on the basis of their identity, while others are subjected to forced labour, mass surveillance and political indoctrination. New facial recognition tools are being developed.

In Inner Mongolia, protests broke out in September, 2020 when education authorities decided to replace Mongolian language with Mandarin Chinese in a number of classes in the region’s schools. Chinese authorities’ silencing of human rights defenders, journalists, and activists, and restrictions on the internet, also make it difficult to obtain accurate information about Chinese government policies and actions.

We are definitely living in a difficult situation right now.

Rajiv Saxena
Rajiv Prakash Saxena is a graduate of UBC, Vancouver, Canada. He is an authority on eCommerce, eProcurement, eSign, DSCs and Internet Security. He has been a Technology Bureaucrat and Thought leader in the Government. He has 8 books and few UN assignments. He wrote IT Policies of Colombia and has implemented projects in Jordan, Rwanda, Nepal and Mauritius. Rajiv writes, speaks, mentors on technology issues in Express Computers, ET, National frontier and TV debates. He worked and guided the following divisions: Computer Aided Design (CAD), UP: MP: Maharashtra and Haryana State Coordinator to setup NICNET in their respective Districts of the State, TradeNIC, wherein a CD containing list of 1,00,000 exporters was cut with a search engine and distributed to all Indian Embassies and High Commissions way back in the year 1997 (It was an initiative between NIC and MEA Trade Division headed by Ms. Sujatha Singh, IFS, India’s Ex Foreign Secretary), Law Commission, Ministry of Law & Justice, Department of Legal Affairs, Department of Justice, Ministry of Urban Development (MoUD), Ministry of Housing & Urban Poverty Alleviation (MoHUPA), National Jail Project, National Human Rights Commission (NHRC), National Commission for Minorities (NCM), National Data Centres (NDC), NIC National Infrastructure, Certifying Authority (CA) to issue Digital Signature Certificates (DSCs), eProcurement, Ministry of Parliamentary Affairs (MPA), Lok Sabha and its Secretariat (LSS) and Rajya Sabha and its Secretariat (RSS) along with their subordinate and attached offices like Directorate of Estate (DoE), Land & Development Office (L&DO), National Building Construction Corporation (NBCC), Central Public Works Department (CPWD), National Capital Regional Planning Board (NCRPB), Housing & Urban Development Corporation (HUDO), National Building Organisation (NBO), Delhi Development Authority (DDA), BMPTC and many others.
Previous articleWinds of Change : World noted 2 major policy changes with respect to Pakistan and China as the ink of Joe’s signature was yet to dry.
Next articleFake TRP case revealed Deep-State Conspiracy of MVA, which joined hands with other news channels and with Pakistan to attack lone Arnab
- Advertisement -