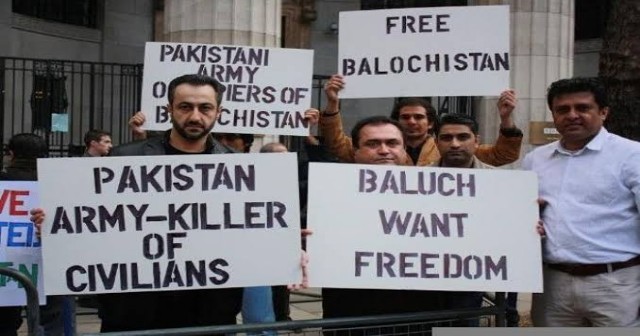 “There were four attackers who came from the parking lot, they threw a grenade at the main entrance of the KSE (stock exchange) and then started firing indiscriminately,” Ali said.

“The attackers were wearing uniform that looked like police uniforms, all four have been killed and the situation is currently under control.”

The Balochistan Liberation Army (BLA) group has claimed responsibility for the attack, according to Maj. Gen. Omar Ahmed Bukhari, the director general of the Pakistan Rangers Sindh, a paramilitary force under command of the country’s military.

Baloch separatists argue they are economically marginalised and poor compared to the rest of Pakistan. Geographically, Balochistan is the largest province of Pakistan (comprising 44% of the country’s total area), but it is the least developed and least inhabited, comprising only 5% of the total population. Sunni Islam is the predominant religion throughout the Balochistan region

BLA has waged a violent armed struggle against Pakistan for what it claims as self-determination for the Baloch people and separation of Balochistan from Pakistan and has been involved in ethnic-cleansing of non-Baloch minorities in Balochistan.

Pakistan has been carrying out atrocities against the People of Balochistan using Pakistan’s Army.