The changing winds towards a Saffron West Bengal, 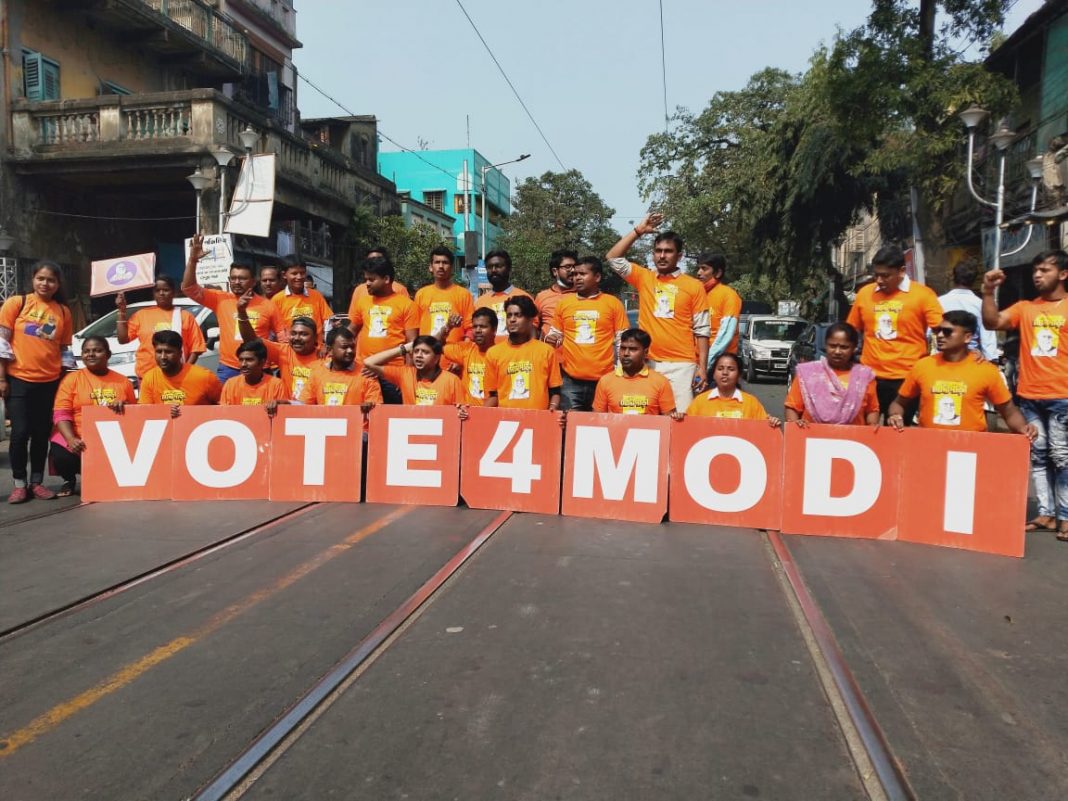 While you travel by such trains you get the taste of local cuisine,local culture and definitely you get to know the sentiments of the locals about the politics.

Newspapers, Jhaal Muri, Gorom Cha and Politics . Even I tried all of them today along with the daily commuters in my D14 coach going to their office.

Debates are very common in Bengal. Since elections are on in a debate of DaDa vs Didi , the voice too goes up very often. No I wasn’t talking, because when you air your views you dont get to understand what people think and these days I am generally keeping quiet or speaking very less.It was fun to observe the learned bengalis in their early 40s – to late 50s discussing politics .

The sentiment is that TMC supporters are fighting the lost battle while two of them were shouting and trying to impose their points people were smiling on them. Most of the other people were either silent or were not happy with the policies of Mamata ji funding clubs, opening wine shops immediately after lockdown, Violence during elections, imam bhatta, stealing of relief material during amphan and lockdown etc were the topics raised by most of them somewhere making the TMC supporters go mute.

Then what one of them said summed it up all ” when Mamata was coming to power we all supported but today we feel CPM was better Poriborton is not good. Let us all elect BJP this time what will go worse than what’s already going on. Worst all we will be saying that even BJP is no better than TMC, but lets Asol Poriborton a chance. Let’s see what they can do.”
Then there was long silence for sometime.

Read the last statement again and it completely defines the mood of the state. West Bengal feels cheated by TMC but is ready to take a chance in the name of Narendra Modi.

Definitely BJP is coming to power. The thing which remains to be seen is what BJP is going to do with the state. So far what I know of BJP ,better days are coming to West Bengal.

Sourav Mishra
Previous articleAztra Vaccine ,Do not let your ears to unsubstantiated claims.
Next articleTwitteromacy or fighting for leftists?
- Advertisement -