Shivsena or Shiasena? The fall of the biggest apostle of ‘’Marathi Asmita’’! 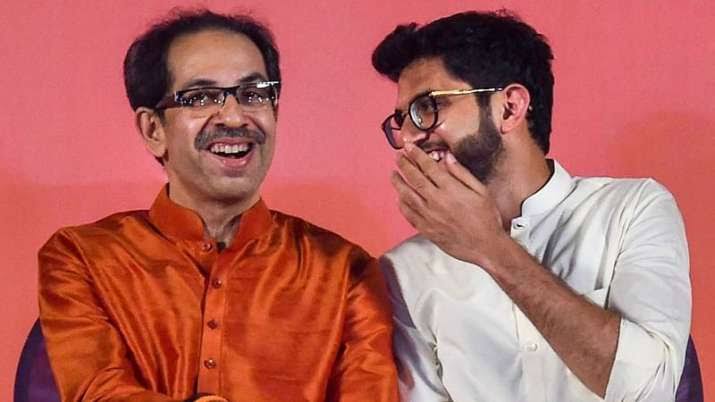 We all know how the Uddhav Thackrey led MVA government has miserably failed in COVID management with the state of Maharashtra recording maximum number of cases and deaths due to COVID in India. Apart from the abject governance failures, Shiv Sena led MVA government has spared no efforts in assaulting Hindu religion and Hindus in the past 1.5 years. From claiming itself to be the ‘’real Hindutva party’’ and self anointed custodian of ‘’Marathi Asmita’’, Shiv Sena has become more anti Hindu and minority appeaser than its allies NCP and Congress, apparently in a bid to outweigh them in the indiscriminate race for secularism – the defining aspect of most of the political parties in India.

The latest case of a humiliating insult to Hindus of Maharashtra relates to the arrest of Warkaris like Maharaj Bandya Tatya Karadkar for taking out ‘Wari’ (religious procession) to pay homage to Vithoba, the resident deity of Pandharpur in Solapur district of Maharashtra. It is to be noted that the Warkaris were adhering to the COVID norms diligently and didn’t violate any guidelines set by the administration. But still they were arrested by the Maharashtra Police. What was their fault? Is worshipping their beloved deity an offence in the eyes of Uddhav Thackrey?

Now let us see how Uddhav Thackrey led MVA government has been selectively targeting Hindus, their faith and traditions in the pretext of COVID pandemic while at the same time allowing unprecedented relaxations to people belonging to other faiths, notably Muslims. On a day when Warkaris were arrested in Pandharpur , various monuments representative of Islamic culture like Bibi ka Maqbara in Aurangabad district of Maharashtra were thrown open to visitors. Now will the Chief Minister or his partymen who are so vocal on various issues explain on what ground did they permit the opening of monuments in Aurangabad? Is their new found love for secularism compelling them to do so?

However, this is not the first instance where Uddhav Thackrey led Shiv Sena government has hurt the sentiments of Hindus. Last year we saw the cold blooded lynchings of Hindu Saadhus in Palghar district and the government was quick to cover up the case despite their being clear evidence of evangelical connection to the gruesome murders. Arrests of journalists critical of Shiv Sena, arresting people for social media posts against the CM or his party leaders, physically assaulting and threatening people for speaking against the government – the list is endless.

The Shiv Sena which is a dynastic party just like Congress with zero internal democracy has left no stone unturned in turning Maharashtra, one of the most prosperous and progressive states of India into a fascist, authoritarian state where Hindus are unsafe and discriminated against. This certainly is a blot on the great land of Chattrapati Shivaji Maharaj and goes against the very essence of Marathi pride which Shiv Sena swears by.

The Shiv Sena led Maharashtra government has placed several restrictions regarding the ensuing Ganesh Chaturthi festival – the biggest and most popular in the state It has asked those organising Ganesh festivities to keep the height of public idols at four feet and the domestic ones at two feet. The organisers, however, are unhappy with government guidelines, saying they were not kept in the loop while the norms were being formed. Also, no gathering, pujas or extravagant decorations are to be encouraged.

While several strictures have been announced for Ganesh Chaturthi which kicks off in the month of September, there has been no restrictions in place for Bakri Eid which will be observed this month itself. Perhaps Shiv Sena supremo thinks COVID virus is also selective like him and would spread itself only during Hindu festivals. Not stopping even here, the so called Hindutva party has announced the construction of an Urdu Bhawan in Byculla area of Mumbai. The Sena has earmarked Rs 1.5 crore by amending the civic budget in the Standing Committee for the Urdu Bhawan.

The Urdu Bhawan will have an auditorium, a research centre and library and would become a centre of excellence in Urdu learning and scholarship, according to Sena corporator Yashwant Jadhav. This move by Shiv Sena appears to be politically motivated as after severing ties with BJP and its lackluster track record on governance, Shiv Sena fears losing out on the traditional urban Hindu voters and is in search of a new social constituency.

The party is eyeing on Muslim voters for the upcoming BMC elections in which Shiv Sena could face a strong anti incumbency and the threat of going solo as Congress, a constituent of MVA has already warned of contesting the BMC polls separately and expose the ‘’misdeeds and corruption’’ of Shiv Sena which controls the Mumbai civic body at present. The Muslim voters are decisive in about 30 of the 227 seats of BMC. Traditionally being Congress and SP voters, Muslims seem gravitating towards Shiv Sena post 2017 BMC elections and now the party seems more accommodative and acceptable to Muslims after it decided to backstab BJP and join hands with its bête noire Congress and NCP for its lust for power.

What a fall for the biggest apostle of ‘’Marathi Asmita’’! In its bid to remain in power, the Shiv Sena is stooping to new lows each day. Its behaving like Aurangzeb Sena by riding a roughshod on the Hindus of Maharashtra. The party has lost its moral legitimacy to associate its ideology and principles with that of Chhatrapati Shivaji Maharaj. What Uddhav Thackrey has been doing in the last 20 months as CM is unpardonable and unforgettable. Its high time that right thinking Marathis must rise to the occasion and resist the draconian machinations of Shiv Sena which is throttling the Hindus of Maharashtra in its mad race for minority appeasement and putting a blemish on the rich cultural history of the state which has always stood for the pride, safety and autonomy of Hindus by valiantly fighting the Mughals who tried to usurp Hindutva and its legacy.