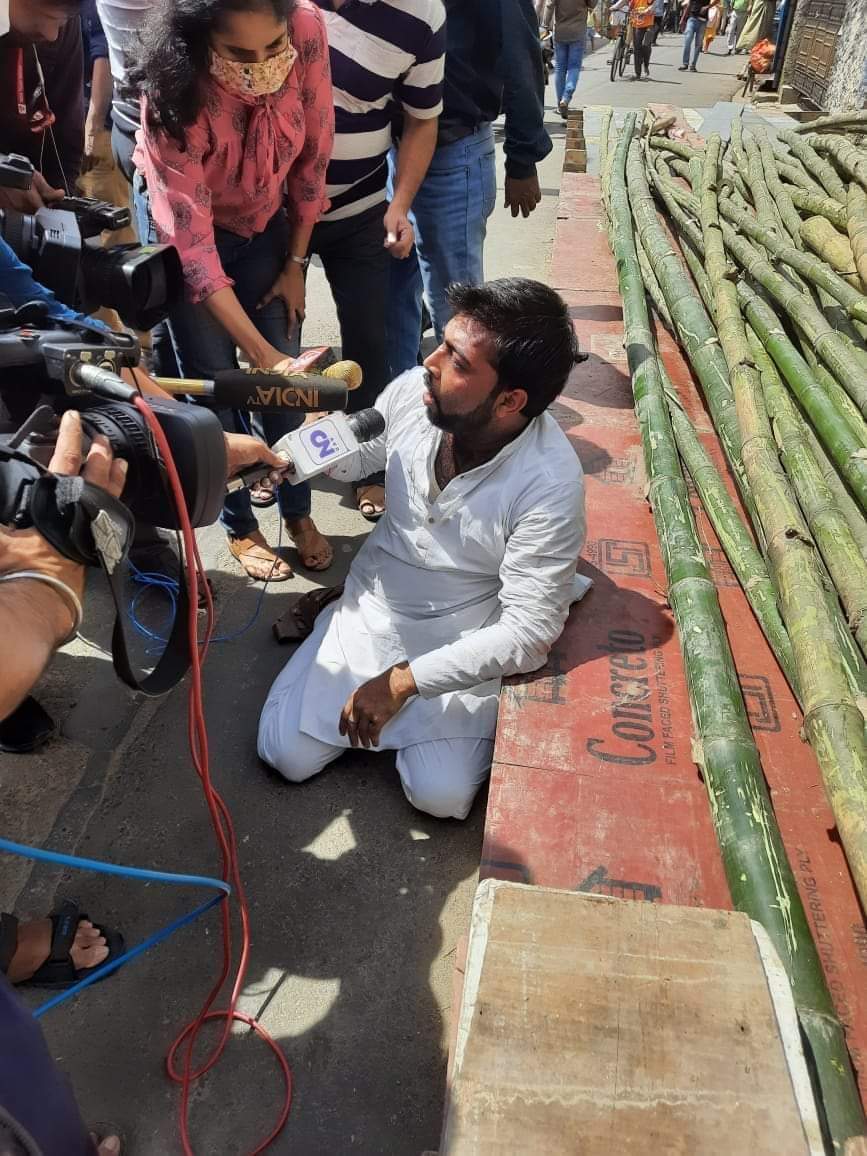 A day before By-election the Workers of CM who lost her own election attacked BJP Vice President Dilip Ghosh and others outside Mamata’s House .

Today is the last day of campaign for By-election where BJP Candidate Priyanka Tibrewal is taking on the Chief Minister Mamata who couldn’t win her own seat. BJP’s Subhendu Adhikari decimated her from Nandigram in the last assembly elections. No matter what tricks read khela she tried to play but BJP Stalwart Subhendu Adhikari made her taste the dust.

Dilip Ghosh BJP Vice President was campaigning in Bhawanipore assembly close to Mamata’s house where he was distributing voting slip . Scared of his popularity TMC workers couldn’t stop themselves and they attacked group led by Dilip Ghosh. TMC workers in their fury to win this election at any cost for their lost CM attacked BJP workers with bricks and bats.

Among the injured are BJYM South President Mukund Jha (is now admitted in PG Hospital) and B P Singh who were accompanying Dilip Ghosh while distributing slips.

When Dilip Ghosh was attacked by the gundavahini of TMC his Z grade security forces had to intervene to protect him. While intervening guns of security forces flashed on to camera and most of the Bengali media houses are busy blaming the security forces that why they flashed guns ? This is an unfortunate level of media coverage.

The world knows that apathy of democracy in West Bengal but these levels of journalism by msm too is a severe threat to democracy.

With this attack TMC has already set the tone for the voting day and no prizes to guess about how elections will be conducted .

A few reliable sources said that the non Bengali Speaking voters are already being threatened for not going out and vote.

Lets pray people get to vote freely and before anyone Democracy wins.