Raj-neeti : Is it Hindutva or a new flip-flop politics ? 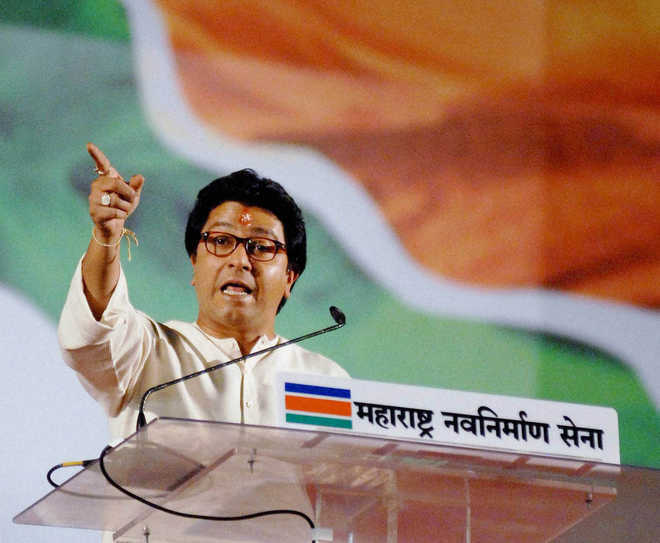 Maharashtra has two variants of Hindutva. First is the Bharat Mata Ki Jai and Jai Shree Ram variant, and second is the Jai Shivaji and Jai Maharashtra variant. The second is a highly localised version to suit the palate of a section of local populace in the state. This second variant is the distillate of the regional sub nationalistic politics started by Bal Thackeray on instructions of Congress to counter Communists. Hence Shiv Sena was called Vasant Sena in its initial years.

This differentiation of local brand of Hindutva from the mainstream national one, was cleverly done to delink Shiv Sena and it’s brand of politics from that of BJP and thereby maintain its own distinct separate identity. This has various social reasons including the Brahmin – Maratha feud that originated during the Peshwa regime.

However in the modern post independence era, this has its own utility in form of the divisive linguistic state politics started by Nehru and furthered by Indira, who tacitly backed Shiv Sena in its formative years. Keeping its own saffron identity distinct and separate from BJP by using Shivaji Maharaj is Sena’s strategy to use BJP and part ways at its own convenience. It is pertinent to know that Shivaji Maharaj is more revered and popularised nationally and internationally by BJP and RSS, compared to whatever Sena has done for Shivaji Maharaj.

What is the reason for this? Why did Raj turn into a saffronist from being a secularist?

Answer lies in the Machiavellian manevours by the Great Maratha satrap – Sharad Pawar. He split SS to create MNS in order to cut SS – BJP votes. Now when SS is a Secular Sena or Sonia Sena, he is aware that many Marathi maanoos voters in SS camp would be extremely uncomfortable with this betrayal of Hindutva by SS but would be totally hesitant to drift towards BJP if any localised version of saffron party is available. Hence MNS turned saffron to ensure that the section of kattar saffron voters would shift to MNS instead of BJP. In return SS would bank on Muslim votes to compensate for loss of kattar hindutva voters. Now you know why SS is going overboard to appease Muslims.

This doesn’t mean SS has lost a significant portion of its traditional voter base. Rather that voter base remains firmly entrenched behind SS and we have seen that in local body polls results. This also proves that a significantly large portion of SS voters have nothing to do with Hindutva but are more attached and committed to the linguistic regional sub nationalism and identity.

This is the difference between BJP and SS (and even MNS). Whenever they talk about Hindutva it’s only a superficial talk to woo a small section of people. Otherwise it’s purely a regional sub nationalistic ideology driven by linguistic chauvinism.