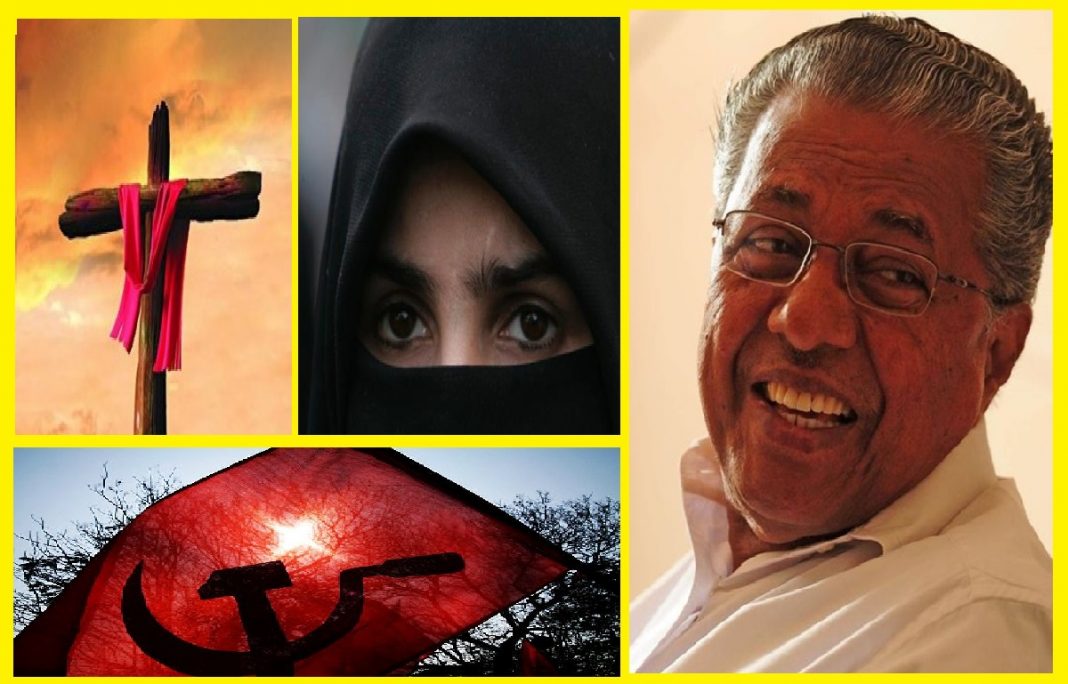 Kerala has been a hotbed of religious conversion of Hindus since long. If we talk about the statistics, then Kerala spearheads the number of religious conversion. The biggest reason behind the ever increasing conversion is Kerala Government’s use of ‘Religious Conversion’ as an official state policy. The State has been witnessing an unprecedented number of relief measures accorded to converted Christian under the present Government.

Kerala Government has Kerala State Development Corporation for Christian Converts from Scheduled Castes and the Recommended Communities Ltd., which was incorporated in 1980 under the Companies Act 1956. Its primary objective was to promote the social, educational, cultural and economic progression of the Christian Converts from Scheduled Castes and other communities.

What is SCCC Category?

The SCCC category, which is the people belonging to Scheduled Casts who left Hinduism to convert to Christianity are recognized by the Kerala government officially. Its a fact that Former Hindu Dalits constitute 95% of the total Christian population in the country. Most of these people left Hinduism as they were fed up with the constant discrimination they were facing in Hinduism, these people were induced by missionaries and then they became Christians. Kerala Government is going one step ahead and acting as a State Missionary.

What this department does?

Kerala State Development Corporation for Christian Converts from Scheduled Castes and the Recommended Communities Ltd is a highly biased body which has following Schemes and Programmes only for Converted People.

Here is an example, please check this extra ordinary gazette from Kerala government notifying job vacancy RESERVED ONLY FOR CONVERTS to CHRISTIAN (SCCC).

The notification was issued by the Kerala Public Service Commission. However what is say shocking is that vacancies have been notified for the Schedule Caste Converts to Christianity only. It further add that “direct recruitment (from candidates belonging to the (SCCC) community only. The applications submitted by candidates belonging to communities other than the SCC community will be rejected, and no justification will be provided to rejected candidates under any circumstances.

Loan Waiver only for Converted Christians

There is a special Loan Waiver facility only for Christian converts. Per Government’s records, several Hundred Crore rupees worth of Loan has been waived off for several Lakh converted Christians till date. In 2010, Kerala Government, under the debt waiver scheme for the Christian Converts, loans up to Rs.25,000 maturing on 31 March 2006 were written off completely.

If this was not enough, the Government waived off the penal interest part as well, providing the persons with an opportunity to avail a one time benefit. Well, did you hear any such scheme for anyone except converted Christians?

Apart from Jobs and Loan waiver, Kerala Government gives several other massive benefits, like house construction funds, Marriage loan, House revamp loan, personal loan and education loan at minimum possible rate of interest. This is indeed a gross violation of the Indian Constitution as this is a clear cut case of discriminating on religious grounds, which violates secular Indian Constitution.

Big Question – Why Kerala Government acting as a missionary?

Here the biggest question is why Kerala Government is promoting conversion so openly. All these schemes are actually endorsing people to convert their religion from Hinduism to Christianity, because it gives them lots of other benefits as well. Missionaries have a single point of agenda, they want to change the demography of state, by infusing huge money.

Reverse Conversion picking up the pace

Missionaries lured SC/ST Hindus, they promise them upliftment in their social status. However this never happens, hence we can see a reverse trend in last couple of years. Converted Dalits accused that they were still denied religious rights in Christianity. They did not find social equality in their new community either. What amusing is that these converted people allege vehemently they saw more discrimination in the Christianity. They were shocked to see that there was no change in their social and economic condition, they thought it is better to go back to Hinduism.

The people who have converted back, say that they get nothing except help in education and 1% reservation in jobs past converting to Christianity. Whereas as a Hindu Dalits, one can easily get government help from education to housing, marriage and treatment.

We are in opinion that such blatant violation of Indian Constitution should not be tolerated any more. Kerala Government should be challenged in Court of Law and should be forced to shun such a discriminatory practice in future.