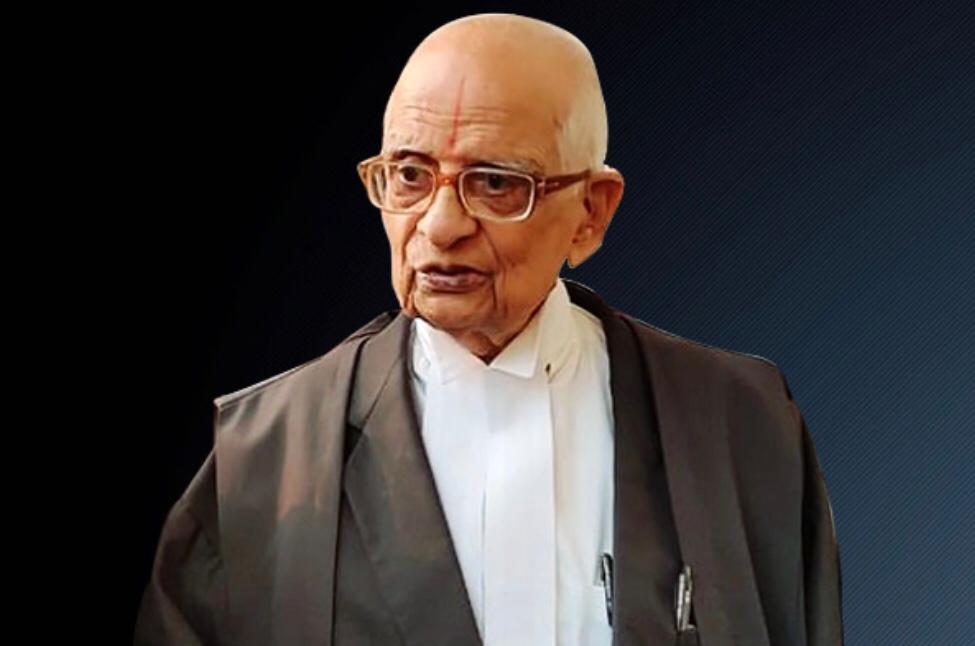 How do you define ‘FAITH?’ When Senior Supreme Court lawyer and former Attorney General of India, K. Parasaran—the lawyer for ‘Ram Lalla Virajman’, the deity in Ayodhya—used to argue in Supreme Court, first he took off his shoes, folded his hands in reverence with closed eyes and Tilak on his forehead and bowed his head on the files to start argument barefoot before judge. He put on his shoes only after he finished his plea. This is called ‘FAITH.’ When knowledge, wisdom and experience are added with faith and devotion, the rare combination turns into indomitable spirit of K. Parasaran, who even defies the frailties of a nonagenarian.

An illustrious career during which K. Parasaran reached the top positions of the Advocate General of Tamil Nadu, the Solicitor General of India and the Attorney General. In recognition of his accomplishments, K. Parasaran was nominated as a member of the Rajya Sabha in 2012. He was honoured with Padma Bhushan in 2003 and Padma Vibhushan in 2011.

Can a deity, like a normal human being, fight a legal battle as the incarnation of God? Under the law, a Hindu deity is considered a “juristic person” with the right to sue and be sued. It was K Parasaran’s legal brainchild to make Ram Lalla a litigant in the case, which cemented the case, as Hindu litigants had a weak case as far as title suit was concerned. A case was filed on behalf of Ram Lalla Virajman by the friend (representative) of the presiding deity in 1989.

What was captivating about K. Prasharan was infectious energy of his mind and his body through the 40 grueling days of final arguments of Ramjanmabhoomi case. During the final 40 days of intense arguments in the court, Parasaran would go well prepared every day for the sessions that began at 10.30 am and closed around 4 or 5 pm to face mercurial and unpredictable Rajeev Dhavan representing the Muslim side. Even when Rajeev Dhavan tore up God Ram’s birthplace map, terming it foolish’ someone from the Hindu side, K. Parasaran remained cool, calm and composed. Parasaran says, “it was his spiritual relationship he felt with Ram that kept him going.

Since 2016, Parasaran’s court cases have been rare. He has picked up one two cases after that – the Sabarimala case and the Ayodhya dispute. During the hearings, he expressed his deep desire when he had said, “My last wish before I die, is to finish this case.”

Faith has been driving force since time immemorial. Faith can build Ram Setu to cross the ocean to reach Lanka when dead end is staring at forces of monkeys. Faith can generate indomitable spirit in a nonagenarian to defy health condition. When a legal expert fights a court case with faith, he serves the purpose of representing God to come out victorious.