Is Veer Savarkar a misunderstood hero mocked for his mercy petitions or a visionary ahead of his times? Are his idea relevant even today or in fact, more relevant today ? 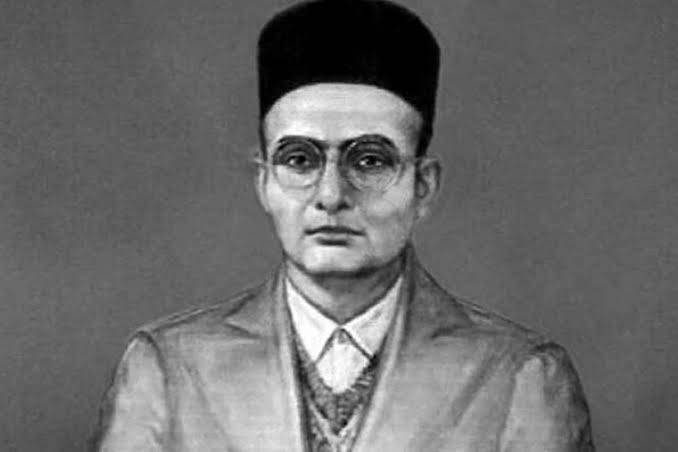 Veer Savarkar was a man who wore many hats – revolutionary poet, writer, social reformer, freedom fighter, but he’s most well known for the highly misunderstood concept of “Hindutva”

That was his first English book – The essentials of Hindutva, in 1923.

Savarkar was a non-ritualistic atheist – so his definition of a Hindu was a cultural & nationalist, not religious.

He defined ‘Hindu’ as anyone who lives on land from the Indus river to the Indian Ocean; who considers India as his “pitrubhumi” (land of his ancestors) & “Karma Bhoomi” (a land to make his destiny ). He even considered people like Annie Besant & Sister Nivedita, who were born outside, as Hindus.

Thus, he gave us the concept of ‘nation first’ (heard that as a party’s motto ? nation first, the party next, self last?)

Thus, he tried to unite Indians & gave us the concept of a true nationalist; a Muslim can also be a great nationalist as long as he keeps the nation above his brotherhood.

Imagine the perils of ignoring that!

Remember how a few years back, there were protests in Mumbai on how Myanmar was treating the minority Muslim Rohingya population? In a shameful incident, some of the protestors turned violent & vandalised the Amar Jawan Memorial & molested even lady cops. Can these people who keep their religion first & insult our martyrs be considered nationalists?

Savarkarji gave us a clear definition!

He didn’t demonise Muslims but believed in being careful & the dangers of demographic shifts.

He realised the short-sightedness of Hindus who ostracised & excommunicated people for minor infringements; accidentally consuming beef or even bread! He did shuddhikaran (Ghar wapasi ) of quite many prisoners & brought them back to the Hindu fold.

He was amongst the first & few to realise that every man lost is generations lost and the entire lineage lost, which can create an enemy who believes in his brotherhood more than the cause of the nation.

Jinnah’s grandfather was a Hindu Gujarati businessman who was ostracised because he did business in what was considered a non-Hindu profession! Imagine the course of our history if he had been taken back into the fold by a visionary?

Today, France has brought anti-extremism law; UK courts have stalled taking back Shamima Begum, the ISIS bride who doesn’t regret what she did but plays the victim card of being stateless!

But all these dangers were apparent to the visionary Savarkar a century back, in the 1920s.

Savarkar knew about the British policy of Divide & Rule – they had reserved constituencies based on religions! He realised the dangers of the caste system that divided the Hindus & made the lower castes, especially the Dalits, ripe for conversion (it’s still happening in tribal zones & lowers castes). So, he wanted society to be united – he supported inter-caste dinners, marriages & even lead a movement to allow “untouchables” to enter temples.

Savarkar believed that the cow was a useful animal but didn’t think of bestowing “divinity on bovinity”! He said that we become what we worship – so when you honour a docile creature like a cow, that shouldn’t become your role model – become a Narasimha, not a cow!

He learnt lessons from history where Hindus have lost battles because cows were brought to the battlefield to blackmail them emotionally. (Reminds us of today’s terrorists using women & children as covers, don’t they?)

But he was not anti-cow & had no issues about cow protection – he was a true liberal.

During the British rule, there were a lot of Muslims in the armed forces! They used non-local people to subjugate people! Many Pathans were used in other regions so that their local sentiment won’t affect their work of suppressing people.

While Gandhiji had “jail bharo” andolans sending thousands of able-bodied men to jails, Savarkar said that more nationalists should join the army, get arms & training from the British & then turn up against them. Even Subhash Chandra Bose & Rashbehari Babu, the founding fathers of Azad Hind Sena, said how Savarkarji helped get recruits.

Now let’s come to the most famous stick used to beat Savarkar with – his “mercy petitions.”

Savarkarji was viewed as very, very dangerous ( after all, he created the first secret society of Indian revolutionaries in Europe) & was given two consecutive life terms totalling 50 years in Andaman Cellular Jail.

Savarkar was practical; he didn’t believe in rotting in British jails – he even prevented others from going on hunger strikes & wrote petitions for all fellow prisoners! He wrote petitions for his rights! He never apologised or regretted his actions. In fact, his opponents conveniently forget that he had even written petitions asking the British to release all other prisoners & not him if it’s coming in the way of releasing the others! Like Shivaji Maharaj escaped Agra, Savarkarji always tried to escape this life behind bars so that he could serve his motherland instead of just rotting away in jails.

Savarkar was the first to recognise that the 1857 incident was not just a “sepoy mutiny” but a “war of independence.”

His book had a great impact on Subhash Chandra Bose & even Bhagat Singh, who the leftists love to claim as their own! In fact, Bhagat Singh insisted that all those who joined him must read this book.

Savarkar realised the dangers of radicalisation, caste system, conversion & the importance of militarising ourselves – he was a visionary who saw in the 1920s what the world realises today – even the liberal Macron is now a “converted man.”

Savarkarji’s books have inspired revolutionaries & scholars ( RSS founder Hegdewarji was deeply inspired by his book on Hindutva & soon founded the RSS on similar lines). BJP founder (Jan Sangh in its earlier avatar) Shyama Prasad Mukherjee was his protege in the Hindu Mahasabha.

Today, the path followed by Modi Sarkar seems to be as per the vision of Savarkar (of course, some will say a lot more needs to be done), but the concept of progress of all, appeasement of none, CAA, Aadhar, action on NGOs which are actually conversion mafias shows that Modi Sarkar is on the right track to fulfilling his vision of an India that celebrates its unity in diversity; where people aren’t discriminated based on caste or creed, where Indians don’t use non-violence as a shield for cowardice & nation is above all.

So I would say that Savarkar, who believed in the concept of Bharat Mata, was a great son of India, whose legacy & thoughts are feted today, a century after he first presented them – because, like many visionaries, he was ahead of his times!

My humble tributes to this great son of India, this gem of a nationalist who has suffered unthinkable torture in the service of our motherland, whose thoughts & ideas remain relevant, more so in today’s times