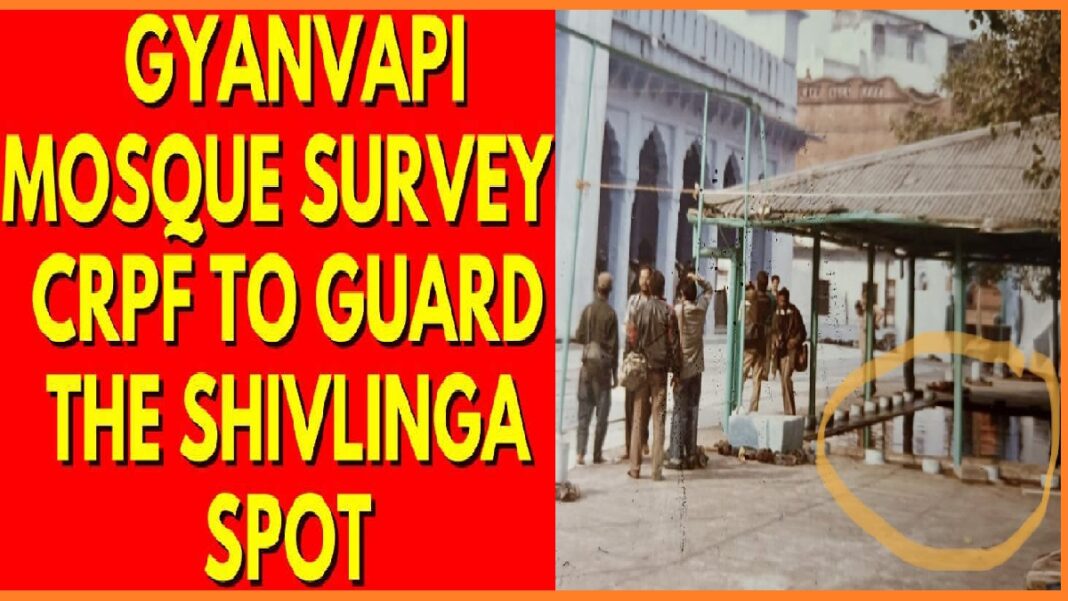 In an unprecedented turn of events, the court-appointed committee has found a Shivling at the Gyanvapi complex. A Hindu petitioner in the Gyanvapi Mosque case, Sohan Lal Arya has claimed that they have found “conclusive evidence” of a shiv temple inside the complex.

The 3-day-long survey of the Gyanvapi complex has been successfully concluded. Lawyer for the Hindu side has made a sensational claim that they have found a Shivling buried inside the well. The lawyer immediately approached the Varanasi court to ensure the protection of the Shivling and the adjacent structures.

The Varanasi court has ordered to save and seal the premises where the Shivling was claimed to have been found by the Hindu side. The court has directed the Varanasi district administration to seal the spot in the Gyanvapi Masjid complex where a Shivling was reportedly found.

The district magistrate said the court commissioner had said that the report will be presented in the court on May 17, and till then no one should disclose what has been found inside the mosque complex.

“However, if anyone is disclosing it on his own, then its authenticity cannot be proved. Only the court is the custodian of this information. If someone had disclosed the information, then the court commission has nothing to do with it,” he said

In its order, the court said that the DM, police commissioner, and the Central Reserve Police Force (CRPF) commandant Varanasi will be responsible for the security of the sealed area.

The civil court had appointed a court commissioner to conduct the survey and videography of the site and the same was challenged before Allahabad High Court, which dismissed the appeal on April 21.

First visuals of the location where Shivling was found

In the visuals, Namaz is observed on the left and on the right, and a pond under a shed can be seen, which is used for Wuzu – an Islamic procedure for cleansing parts of the body, a type of ritual purification before offering namaz. It is said that this Shivling was found buried inside the pond during the video survey of the complex.

The Muslim faction is not pleased with the survey findings

As expected, the opposite party is not happy with the outcomes of this survey. They tried their best to stop the survey of the Gyanvapi Complex but utterly failed. Now they are claiming that the conclusive evidence is not a Shivling, it’s a Fountain.

A visibly anguished Owaisi called it a textbook repeat of December 1949 in Babri Masjid. He maintained that this order itself changes the religious nature of the masjid and this is a gross violation of 1991’s Act. This was my apprehension and it has come true. Gyanvapi Masjid was & will remain a masjid till judgement day inshallah.

Gyanvapi Mosque, adjacent to the Kashi Vishwanath Temple in Varanasi, is currently facing a legal battle. A court in Varanasi has directed the Archaeological Survey of India (ASI) to probe the structure of the Gyanvapi Masjid.

The mosque is located close to the iconic Kashi Vishwanath temple and the local court is hearing a plea by a group of women seeking permission for daily prayers before the idols on its outer walls.

Hindus are elated and celebrate the development

Meanwhile, the Hindus are considering it a massive development and they are elated and celebrating this day with so much fervor. People were emotional and expressed their sentiments associated with Bhagwan Shiv.

People are also raising demands to immediately repeal the Places of Worship act 1991 so that other such religious structures could be freed after hundreds of years of tyranny.