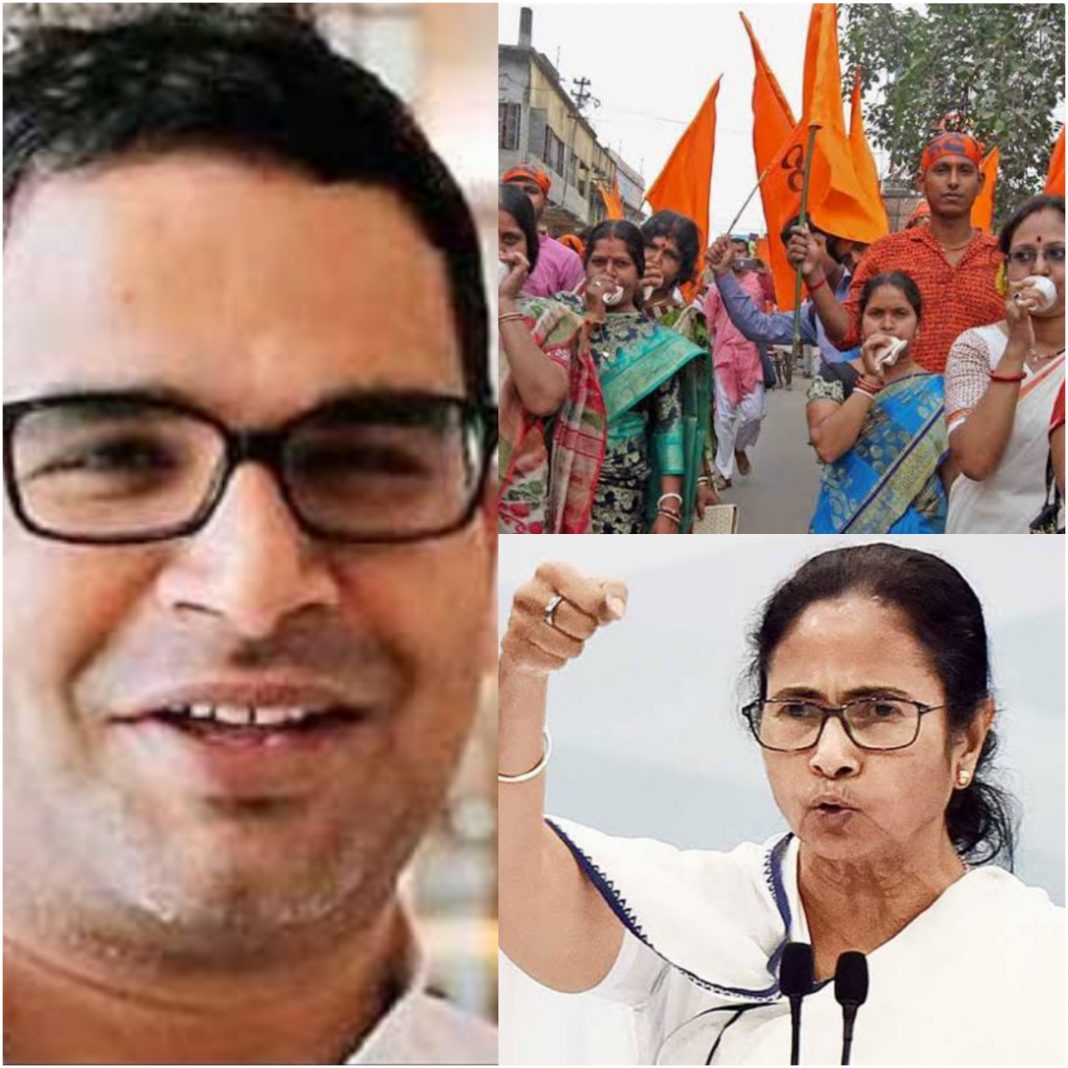 Recently the pride of ‘Bengali identity’ has been propagated by a large group of Hindu Bengali of West Bengal. A big section of Muslim Bengali of the state is also supporting the said propaganda, but for a different reason. This excitement has a direct link with the win of Trinamool Congress party in the recent Assembly election of the state.

So the question is who have ‘Bengali identity’? The term ‘Bengali’ has only a linguistic connotation. The people whose mother tongue is Bengali language can be called Bengali people. But this is not at all straight, as vocabularies of Bengali language in West Bengal and Bangladesh have many differences.

To feel proud of ‘Bengali identity’ by bringing the Hindus and Muslims of West Bengal (and Bangladesh) together is not only false, but also ludicrous. Culturally, socially, historically, ritually, politically, spiritually, in food habits and dress; – both Hindu Bengali and Muslim Bengali are totally different. Living side by side for centuries could not create a combined third culture by mixing the both.

Muslims Bengali of the then Bengal had settled this issue ‘Bengali identity’ once for all by putting their Muslim identity ahead in 1940-47. They took away two-third of Bengal to Islamic East Pakistan in 1947. Talking highly of their language movement of 1952 in West Bengal today is melodramatic only. Had Muslims of Bengal were Bengali first, why they created Islamic East Pakistan in 1947 or why they did not amalgamate with Indian West Bengal in 1971?

Muslims of undivided Bengal were ‘Muslims’ between 1940 and 1947. In 1952, they, in East Pakistan, became ‘Muslim Bengali’. In 1970-71 they became ‘Bengali Muslim’ and finally in mid 1980s they became ‘Bangladeshi Muslim Bengali’. They used their Muslim side and Bengali side conveniently, but remained always rooted to Muslim identity.

Hindu Bengali may embrace Muslim Bengali as brother, but to the later he will always remain a ‘Kafir’, ‘Mushrik’ or ‘Malaun’. This is no propaganda. This is one of the core teachings of Islam and no Muslim can publicly deny this. Unlike Hinduism, Islam controls every aspect of Muslims’ lives. The allegiance of Muslims, all over the world, rests with Umamah. West Bengal is no exception. So, it is folly on the part of Hindu Bengali to feel oneness with Muslim Bengali by using the excuse of ‘Bengali identity’.

During 1940-47, forefathers of all Muslim Bengali of present day West Bengal were demanding Islamic Pakistan. But after partition, most of them did not migrate to East Pakistan. And over the years and decades they and their descendants became Congress, Communist and Trinamool supporters respectively to serve their community’s interest. The Hindu Bengali who are now propagating ‘Bengali identity’ in West Bengal will sweep away these facts as ‘matters of past’. But they don’t care to know that those who forget the past are condemned to repeat it.

The term of “Bengali identity” has been destroyed further by Muslim Bengali of East Pakistan / Bangladesh through continuous persecution of Hindus there since 1947. If some from Hindu Bengali community of West Bengal think that Muslim Bengali community of West Bengal is different, then it is their utmost stupidity. In Islam brotherhood is not universal. It is restricted among Muslims only. Islam carries a distinct and violent hatred towards non-believers both covertly and overtly.

The Hindu Bengali gang of West Bengal which propagates “Bengali identity” is so idle that it does not take the minimum pain of reading the 26 verses of Quran which Waseem Rizvi wanted The Supreme Court to delete from Quran. Irrespective of outcome of Rizvi’s case one can read the contents of those 26 verses to understand Muslims psyche
[https://www.opindia.com/2021/05/list-of-26-quranic-verses-that-waseem-rizvi-wants-to-remove/].

I am sure that if a few Hindu Bengali readers follow the link and read a few of those 26 verses of Quran, they will support those by referring to the violent contents of Ramayana and Mahabharata. But they will never try to understand that Islamic scriptures are ‘prescriptive’ and Hindu scriptures are ‘descriptive’. This Hindu Bengali gang is so stupid that they find “Bengali identity” in allowing ‘Azan’ (Islamic call to prayer) from Durga Puja pendal in Kolkata, but can’t dare to play ‘Gayatri Mantra’ from any mosque during Eid.

Returning back to the topic, BJP has all along been castigated as a communal party for polarizing votes on the basis of religion. But Trinamool Congress in West Bengal has drawn about 90% of all Muslim votes in its favour in the recently concluded Assembly election 2021 by playing communal card. To cover-up that blatant communalism, some of its Hindu supporters are shouting on ‘Bengali identity’ now as an ex post-facto stupid exercise. So at the end, there is nothing like ‘Bengali identity’. It is either Hindu Bengali or Muslim Bengali identity in West Bengal.