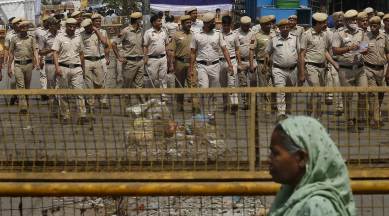 Hate and bigotry feed on each other. They germinate and flourish on a toxic diet of divisive and schismatic ideologies and polarising creeds that discriminate against human beings on the basis of colour, region, gender, faith — and divide them between believers and non-believers — ranging the chosen ones against the idolatrous.

‘Calling out hate’ by S Y Quraishi (IE, April 15) has little to do with the anatomy of hate or its ongoing malignancy. It is more of an ad hominem attack on the ruling dispensation. A complex phenomenon has been over-simplified to suit a convenient political narrative. The arguments are drearily familiar, facts dodgy and conclusions delusional.

For aeons, India has had syncretic traditions inspired by the Vedic aphorism, “Ekam sad vipra bahudha vadanti” (there is only one truth and learned persons call it by many names). Because of this underpinning, Indian society has never insisted on uniformity in any facet of life. Indian philosophy is a smorgasbord of varied ideas and traditions — incongruous at times, but always a part of a harmonious milieu.

This equanimity of Indian society was, however, disrupted by invading creeds claiming only their God, and His messenger were true, and the rest were false and worthy of destruction, along with their followers and places of worship.

The first such incursion came in 712, when Muhammad bin Qasim vanquished Sindh, and as Chach Nama, a contemporary Arab chronicle states, introduced the practice of treating local Hindus as zimmis, forcing them to pay jizya (a poll tax), as a penalty to live by their beliefs. “Hate” and “bigotry” thus made their debut in India, which was hitherto free from this virus. Pakistan’s official website credits this invasion as when the country was born as an Islamic nation in the Subcontinent.

In the 11th century, Mahmud of Ghazni, while receiving the caliphate honours on his accession to the throne, took a vow to wage jihad every year against Indian idolaters. During his 32-year reign, he did keep his solemn promise over a dozen times. The rest is history.

But why go into the distant past? Unfortunately, the trail of hate unleashed over a thousand years ago continues to haunt us even today. The last 100-odd years witnessed the Moplah riots, Partition, and the decimation of Hindus/Sikhs/Buddhists in Afghanistan, Pakistan, Bangladesh and the Kashmir Valley. The recent pre-planned attacks on Ram Navami processions in over half a dozen states, and the onslaught on the Hanuman Janamutsav rally have reminded us that the ogre of hate is alive and stinging.

It’s uncanny: While communal mayhem was going on in India, Muslim mobs were fighting pitched battles against the police in dozens of towns in Spain, Sweden and the city of Jerusalem. In Sweden, Muslims were agitated over blasphemy involving the holy Quran. Protests in Spain are against the imprisonment of a rapper convicted of insulting the monarchy and praising terrorist violence. While the issues involving these sordid episodes may differ, the pattern is common.

Were the Hindu-Muslim relations peaceful in the past and have soured post-2014? The fact is, ties between the two communities were seldom cordial. There were intermittent skirmishes, wars and occasional short-lived opportunistic alliances. Is the current dispensation responsible for Muslim alienation? Remember, even Gandhiji failed to wean Muslims from Muhammad Ali Jinnah’s schismatic movement.

In the aftermath of the Moplah violence and communal riots at several places in India, Gandhiji observed in Young India (May 24, 1924): “My own experience but confirms the opinion that the Musalman as a rule is a bully, and the Hindu as a rule is a coward”. Nothing much has since changed in the Subcontinent.

Can laws or police fight hate? No. If they could, Kashmiri Hindus wouldn’t have gone through the hell they did in the 1990s, and would have been happily back in their homes by now. India is a secular democracy, not because of its Constitution. It’s the other way round. When Pakistan declared itself an Islamic Republic in 1947, it would have been natural for India to identify itself as a Hindu state. It didn’t, and couldn’t have — because of its Hindu ethos of pluralism. A Hindu-dominated India, is, and will always be, catholic, plural, myriad and a vibrant democracy.

George Orwell said, “The relative freedom which we enjoy depends on public opinion. The law is no protection. Governments make laws, but whether they are carried out, and how the police behave, depends on the general temper in the country”.

Can one fight hate selectively? The burning of Graham Staines and his children is reprehensible. So was the lynching of Akhlaq and Junaid. But why the cowering silence on the dastardly gunning down of Swami Lakshmanananda Saraswati and four of his disciples (August 2008) in Orissa for which seven Christians and a Maoist have been convicted? Over a dozen Muslim workers of the BJP have been killed in Jammu & Kashmir and other parts of India in the recent past. These victims of hate are, of course, ignored. Their deaths don’t suit the narrative.

Charged reactions, punctuated with half-truths, deliberate omissions and tailored narratives, offer no real solution. Pusillanimity to face facts will only exacerbate the situation and give egregious results. Ignorance is not always bliss.

In this context, it’s relevant to recall what Lester Pearson (14th PM of Canada) said: “Misunderstanding arising from ignorance breeds fear, and fear remains the greatest enemy of peace.”

Balbir Punj
Balbir Punj is a journalist & former Rajyasabha Member
Previous articleGhazwa-e-Hind – An Islamic Conspiracy, its Blueprint for India, and How Hindus can STOP it
Next articlePakistan’s Blasphemy Laws: “Snare for Hindus, Jews, Christians, Shias, And Other Pakistani Minorities “
- Advertisement -