Do educated Muslims ever wonder why Muslims fight with every religion around the world? 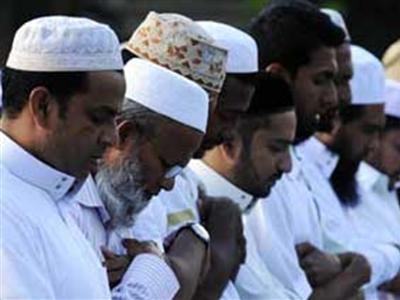 Muslims don’t fight with every religion around the world because, with a religion or ideology one needs to fight intellectually. Muslims don’t do this. They simply declare all other religions as wrong without further investigation, and then they fight with swords or guns to make people submit and follow the ‘right’ religion. Both Muslims and Christians did this in the past and Muslims still do it.

Why do they do this?

Because their doctrine says so and they believe it.

Now here is the above question relevant. Do educated Muslims ever wonder if it is true what they are told to believe? Do those Muslims, who are happy that they don’t live in a country where Sharia is in force, wonder if they are Muslims after all or should leave the religion?

Well, not all educated people are the same. But those who ask sincere questions, will probably start wondering if it is true what they have been taught in religious class.

The same happens with Christians who ask questions. Most of them have left Christianity or have become “festival Christians”, sticking only to their cultural bonds.

Is it true that the Creator of this vast universe sends all those who don’t accept Islam eternally into hellfire (Quran 98.6)?

Here are some questions which educated Muslims should ask:

Is it true that the Creator of the universe revealed the truth to only one person, Mohammed, some 1400 years ago (Q 47/2)?

There are many more questions provided one starts reflecting, for example if there is rebirth or if we have only one life?

Since such questioning will probably cause turmoil, even many highly educated persons prefer not to reflect about their belief.

For example, I once asked a post-doctoral research scholar, who wore Hijab, if she believes, that even outstanding Hindus, like Swami Vivekananda, will be thrown into hellfire for all eternity? I also told her, that the religion, in which I grew up, holds the same view like Islam, but I don’t believe it any longer.