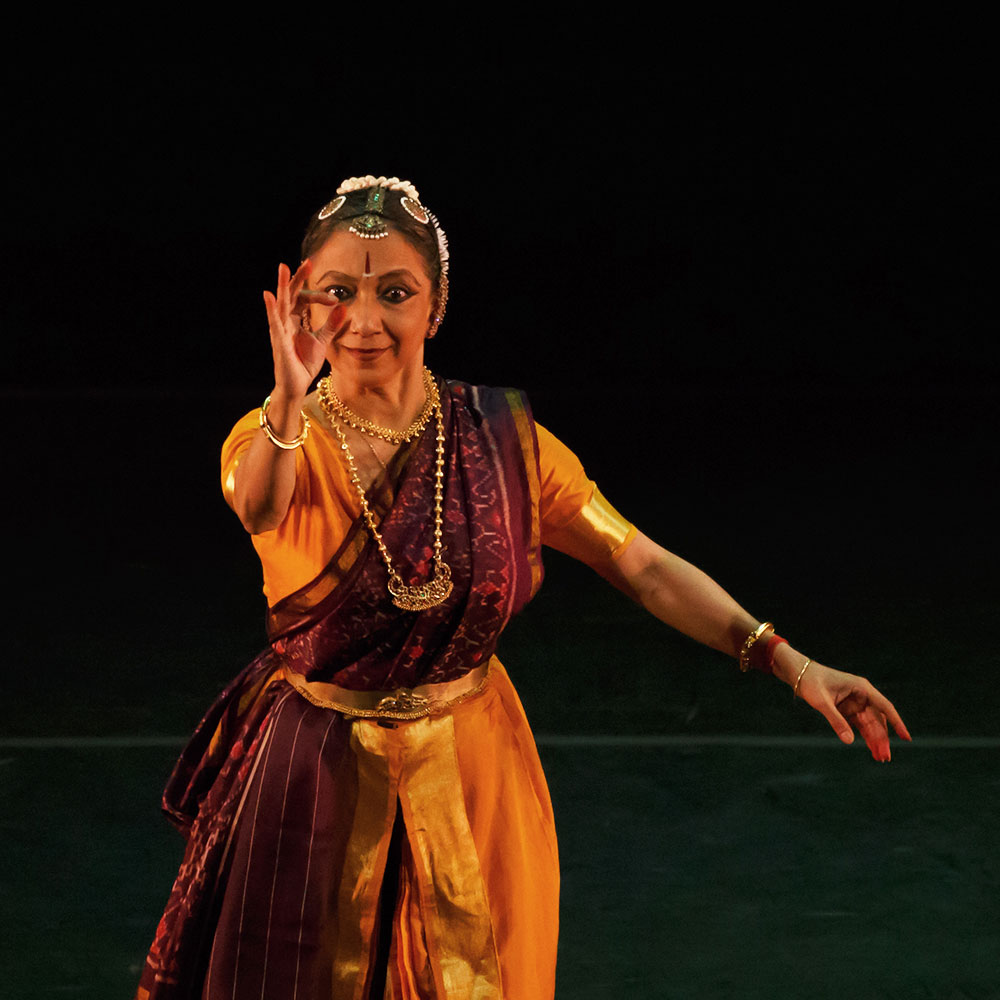 I met Leela Samson at a dance performance at Siri Fort in New Delhi in 1993. The show was organised for an international audience and the commentaries by the dancers on their respective dances had to be interpreted into French and Spanish. I was to do the French part.

I was very enthused that I was working with two reputed dancers of India – Leela Samson (Bharat Natyam) and Madhvi Mudgal (Odissi).

The show started with Odissi. Madhvi started her performance with invocation to Lord Ganesha whose statue was kept on one side on the stage. She danced down to the Ganesha idol, bowed before him with folded hands, and then came to the centre of the stage to start the main dance.

It was now the turn of Leela Samson. But to my utter surprise, Samson skipped the Ganesha ritual and straighaway went to the centre of the stage and got going with her dance performance. No invocation to Lord Ganesha. Some questions cropped up in my mind. However, the dance was well received by the global audience present in the auditorium.

Post-performance, the dancers, their musicians, the organisers, and everyone who was involved in it, met in the green room for tea. Both Leela and Madhvi thanked me and the Spanish interpreter for doing “a good job.” These words had a positive impact on me and I mustered the courage to ask Leela if I could ask a question. Leela smiled and said, ‘why not?’

I said, “Ms Samson! According to Indian tradtion, the Gods and Goddesses being dancers themselves created a number of dance styles from Odissi to Bharat Natyam. Sangeet which originally meant drama, music and dance, was closely associated to religion and philosophy. The devotional approach to music is a significant feature of Indian culture. In short, Indian music and dance cannot be divorced from the whole structure of Indian culture and philosophy…

…Then, unlike Madhvi, why did you skip the invocation to Ganesha, the Vighnaharta (the remover of all obstacles) before you started your performance?”

Leela was taken aback with the question. She never expected that such a question would come from an interpreter whose job is just to interpret. Probably, nobody dared ask her this question ever before in her entire dance career. The signs of uncomfort were clearly visible on her face.

She said, “Well I know that it’s a common practice to invoke Ganesha before starting a performance. But it’s optional. It’not codified anywhere that one HAS to do it.”

“Well,” I retorted, “NOTHING is codified in Hinduism. The Sanatan Dharma does not believe in codification. That’s its beauty. However, in such matters, one always goes by the tradition and the tradition is that the Bharat Natyam or Odissi dancers invoke Ganesha and Saraswati before they commence their recitals. Bharat Natyam, afterall, started in temples as a means to reach God.”

By this time, Samson’s uncomfort had turned into little anger. She said, “You obviously do not know MUCH about Indian dance. Hence this question. Bharat Natyam has evolved a lot since the days of Devdasis. It came out of temples long ago.”

I politely said, “Ms Samson! Praise of God is fundamental to Bharat Natyam. Bhajans too were originally sung only in temples and their concert appearance is a recent phenomenon, traceable to the early 20th century. Can bhajans of Meera Bai, Surdas, and Tulsidas be divorced from praise to God? Can Kirtans, which is also a form of music, be divorced from praise of God? Can Thumri be divorced from the Radha-Krishna love theme? Can Baul dance of Bengal be divorced from religion? Can Indian ragas be played at any time other than the specific time they are supposed to be played at, such as in the morning, in the evening, during spring or autumn? The truth is that no art form can lose its fundamental character.”

Leela Samson did not have answer to my questions. Most probably she was cursing the organisers for hiring, of all the people, me as the interpreter. So she simply wished away my questions by saying that “it’s not that simple young man, this will take a long discussion.”

I looked at Madhvi Mudgal with curious eyes. I wanted her to approve or disapprove what Leela had just said. But Madhvi obviously didn’t want to get into any debate with her fellow dancer, so she just smiled and swiftly moved out of the green room.

Probably, the time was not right for a debate.

So, I bid both Leela and Madhvi good bye and conveyed how fortunate I was feeling to have worked with luminaries like them. Leela was not amused. She passed an artificial smile and went away.

The point is that the anti-Hindu traits of Leela Samson had surfaced way back in 1993 in that post-performance get together at Siri Fort.

Now in 2011, when Leela Samson, was appointed as the chairperson of the Censor Board of Film Certification (CBFC), I knew the appointment bore the stamp of Sonia Gandhi’s anti-Hindu agenda. Especially so because Samson, a Catholic, had already raised controversy in 2008 when after being appointed as the Director of Kalakshetra, the prestigious cultural institution in Chennai, she got the Ganesha idols removed from the campus.

So, when Samson passed the movie PK without any cuts, and later refused to reconsider deleting certain scenes when Hindus across India objected to the way Hindu Gods and Hindu religious practices were ridiculed in the movie, I was not surprised at all.

Just weeks later, Samson was taken to task when she shamelessly refused to pass the film ‘Messenger of God’ by Dera Sachcha Sauda. Her double standards stood exposed.

Leela Samson resigned. Good for Bharat that was India.

But I would like to raise another point here. Why did the secular media that loses no opportunity to attack Modi govt when anyone with even a remote RSS link is appointed as the head of a govt institution, did not question the Manmohan Singh govt as to why Leela Samson, who had no particular connection with the world of cinema, and who after her appointment, candidly admitted that she seldom watches films, was appointed as the chairperson of Censor Board for Film Certification?

Rakesh Srivastava
Previous articleChennai based NGO conducts Free Eye Screening camp
Next articleIs this a nefarious plan to bring back separatist sentiments in Punjab & grow unrest in the country?
- Advertisement -