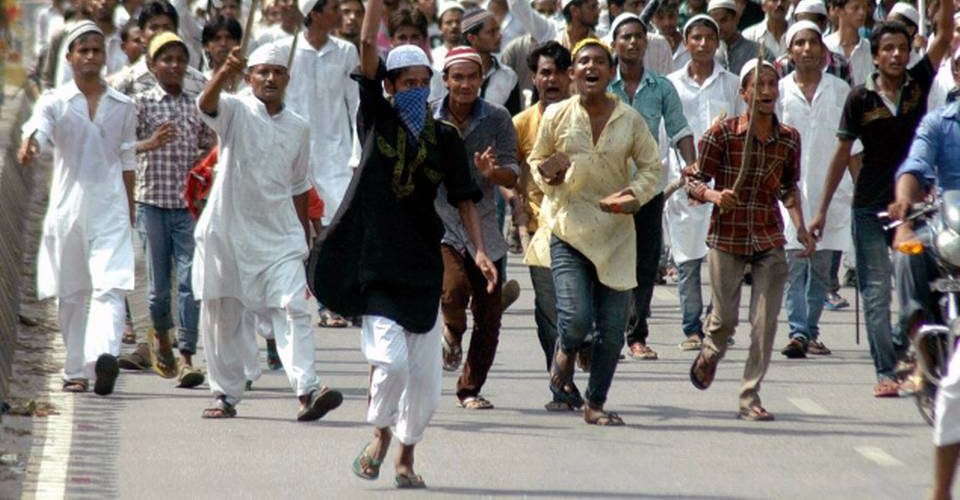 RAJM is an arabic world for stone pelting or stonning the devil.This is a ritual followed in islam.
RAJM co-occurs with Eid al-Adha, the Muslim festival commemorating Abraham’s willingness to sacrifice his son and God’s mercy in sparing him. On the 10th day of the month of Dhū al-Ḥijjah, the start of the festival, hajj pilgrims each throw seven small stones at Jamrat al-ʿAqabah—one of three stone walls (jamrahs) located in the valley of Minā—which is identified by tradition as the site where the patriarch Abraham stoned Satan for attempting to dissuade him from carrying out God’s commandment.

Who & what is devil in Islam

Shaitan ( Devil) in Islam means the force of evils that disbelief in allah & makes an individual away from islamic thoughts & thus the individual is incited to do sin.The root cause of problems is that the term Shaitann is manipulated by mullas as it was never well defined in islam.Not only in Islam but in any abrahmic religion the devil or shaitan or Satan is never well defined which gives a free hand to the guardians of the religion to exploit humanity in the name of protecting their race.Hence we can conclude that Abrahamic religion like christianity & Islam is not about humanity but Its a political method to control Humans in name of Religion.

Islam as a religion was forced on Bharat. Islamic invaders were attracted to Bharat due to richness & also because Bharat had a very suitable climate to exist.This attracted invaders who wanted to loot the wealth & make Bharat a islamic land.
From 7th century to 18th century Bharat vaasi (Hindus ) faced the ugly side of islamists.Not only they were looted but women were raped , children were made slave ,temples & old heritage destructed. Ayodhyas Ram Temple is one big example of how Hindus faith was butchered by Islamist rulers.The destruction of this Most significant Temple was the foundation base of Mughal invaders in Bharat.
While the distorians dis-gracefully hide the real facts , they have painted Babur – Aurangzeb as messiahs of Peace.
After the fall of 1857 revolt against Britishers ,Bharat went into hands of Christian rulers..
While general Hindus believe that 1857 revolt was Done by united Hindu Muslim force to protect India from British rule, the fact remains that Muslims were fighting because they saw the islamic rule in Bharat was in danger.

Distorians in India have feeded the common masses with a narrative that Muslims had equally participated for the independence of country, but is it factual ?
I would questions to our Hindus
1)During the 1920s when everyone was participating in Non-cooperation movement then why Muslims in undived India were busy in fighting for their Calipate which indicates for them religion comes first.
2) Aproxx 88% Muslims in Undivided India voted for a separate muslim nation & supported the division of Bharat ,again shows their true agenda of Owning & creating a Muslim land.
After getting Pakistan & thereafter Bangladesh, this community started a trouble in Jammu Kashmir by Wiping out The real son of soils Kashmiri Hindus by butchering a huge population & doing the worse Genocide known to Mankind in 1990s.The era from 1947 to 2014 was a time when Islamists were been nourished by messiahs of secularism in India , while Hindus had to suffer injustice which most of them never realised as they were living in the sweet poison coated Lollypop of secularism, which they enjoyed even on the graveyard of the fellow Hindus.On one hand islamists made states like J&K the hub of their jihaadi act & other hand the rest of India was facing regular terror attacks by Abdul, Wanis & Afzals who were potrayed as Freedom fighters & Son of Masterji by Sold journalist of our country & Secular political parties like Congress etc branded Saffron as the colour of Terror.A helpless common Hindu was waiting for a messiah to save him & the country.

The Modi era & jolt to islamists agenda in Bharat.

If you ask me , I will say Modi is a messiah of Hindus , not only Hindu but every Indian who feels proud of his country. Now this is emotional part ,lets talk about facts. What has really changed on the ground? Bharat which was considered as a soft state for terror activity suddenly became oppressive towards Islamic jihadis & terrorists.Now you ask me what is difference between a jihaadi & terrorist ?

A terrorist is a gun while jihadi is the bullet , A jihaadi is all those person who directly or indirectly justifies the act of terror or participates in funding it.Terrorists are just the barrel of that gun.So after 2014 Modi govt took tough stand in dealing with terrorists & Jihadis

The first jolt came on 29th sept 2016 when the main sponsor of Terror ,Pakistan was taken to surprise when India did a surgical strike on POK & killing terrorists.This was done for avenging the death of Our soldiers who were martyed in a terror attack in Uri on 18/9/16.

The 2nd jolt came when again Indian Airforce conducted an Airstrike on Pakistan in Feb 2019.

The 3rd jolt was done on 5th august 2019 when HM Amit Shah brought the bill to amend act 370 & 35A which was a blot on Hindus in J&K. This really gave a huge blow to islamists who wanted to conquer The Pearl state of India & make it Islamic sharia.

Another jolt was the triple talaq bill which was seen as a direct attack on Islamic matters by many Muslims.

One big jolt on islamists was the day when Bhoomipujan of Shri Ram Temple in Ayodhya was done.Only a foolish hindu will assume that Muslims had no objection on this.

After the CAA bill was passed in december 2019 ,the real face of Muslims in India was revealed.Shaheen baugh , stone pelting events ,Jnu violence became a matter of common occuring ,regular killings of Hindus, then came the Delhi riots 2020,which exposes the ugly face of muslim jihaadis.

The rise of Leaders like UP CM Yogi Adityanath & Assam CM Himanta Biswa Sarma didnt go down well in the mind of Jihaadis. Now they have restored to this stone pelting violence on every Hindu festivals.

Actually this stone pelting is sign of frustation in the mind of Indian Muslims who always feel that they have ruled Bharat & their religion is superior compared to Hindus who were their slaves .

The Rise of Modi ,Rss & right wing leaders is considered as a direct challenge to the existence of Islamic superiority & their agenda to conquer Bharat.Hence this act of stone pelting, etc has become a common act.It would be wise if Hindus realise this reality asap.