Bengal gets 4 ministers for the first-timepost-Independence. 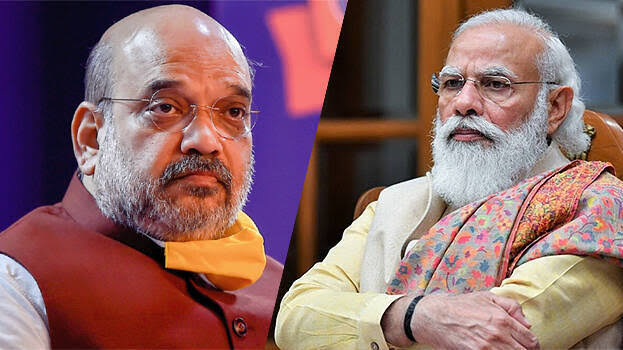 Modi has always been mysterious but different with his moves be it the Demonetisation, Surgical Strikes or 370 and eventually this time too he exercised his old practice with respect the expansion of his brigade. The Youngest Cabinet ever post-Independence was itself a lookout after heavyweights and trusted soldiers of the BJP like Ravi Shankar Prasad, Dr. Harshvardhan and Ramesh Nishank took leave as ministers. A lot of new names consisting of professionals joined the brigade.

It has Ex-Bureaucrats, Technocrats, Doctors and Social Workers to add. Subsequently, West Bengal, the birthplace and Karmbhoomi of Shyama Prasad Mukherjee received its rightful respect this time with bagging 4 Minister of States which includes heavy portfolios like Home Affairs and Education Dr. Subhash Sarkar, a well-known soft-spoken face in the circles of Bengal BJP has been given the charge of Education department as MoS. Known as a close aid of The RSS and associated with the Ramkrishna Mission for the last few decades he is known in the Junglemahal and Bankura areas as ‘Rs.2 Doctor ‘. Recently he has been handed over charge as Co-observer of Jharkhand too.

The Strategic Move has Shri Nisith Pramanik as MoS, Home Affairs and Youth Affairs. A well-crafted decision hitting out both the Youth Sentiment as he is just 35 and the major Rajbangshi factor which Shah made one of the Election agenda in the North Bengal. If Pramanik has been kept for the Rajbangshi sentiment, The Matuas got their due respect too. The Matuas have been one of the deciding factors in not only in Bengal but the entire eastern India including Assam and Tripura and this is the reason why Modi and Shah kept on visiting thakurbari frequently.

The Matua Sanghadhipati or President Shri Shantanu Thakur, heading 50 million Matuas has been again craftily inducted as the MoS, Shipping and Waterways in the expansion of cabinet. The popularity and respect garnered by Thakur could essentially be a deciding factor in 2024.

The fourth MP from Bengal introduced in the ministry is Shri John Barla from Alipurduar with the portfolio of MoS, Minority Affairs .Barla, relatively soft spoken has been one of the most vocal voices of the Tea workers in the dooars tarai area and Assam .Belonging to a very humble background and his induction will be very relevant for not only his department but the Union will be immensely benefitted from his experience at the tea gardens ,with respect labour’s oriented and developmental reforms for the workers of tea garden of both Assam and West Bengal .Also to note the minority trump card can also be a big factor before 2024 Mahayudh .

However, the overall allotment to Bengal is quite satisfying with 4 ministers into the ministry for the first time since Independence and we all hope the representation would be quite vocal to raise up matters concerning real development, not ‘ Unnayan ‘ of Bengal.