Ayodhya in times of Mahabharata 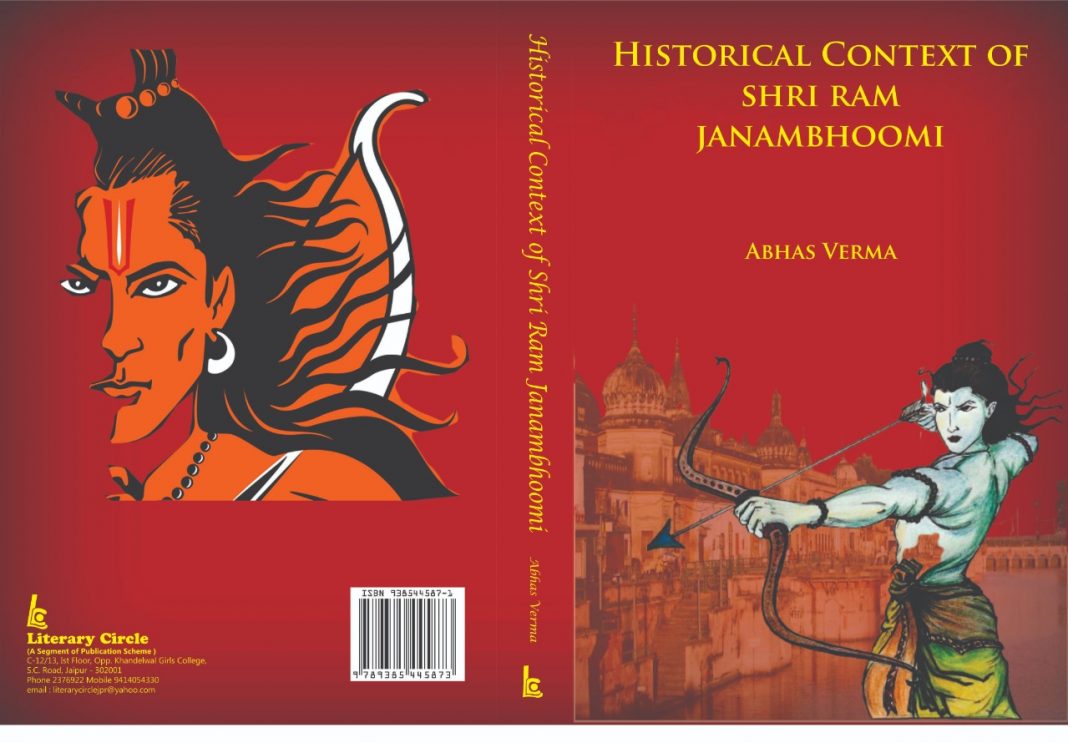 Abhas Verma
Abhas Verma is an IT professional in a MNC in Bangalore by profession and a writer by choice , he is the author of following books : 1.) Third Battle of Panipat ; 2.) Maratha Warriors of Panipat ; 3.) Historical Context of Shri Ram Janambhoomi . He is very popular on Quora and has has more than 1 million views. Here is a link to his blogs : https://thirdbattleofpanipatmaratha.blogspot.com/

In the Mahabharata, Ayodhya is mentioned as the capital of the Ikshvaku kings at many places. However, in the list of places of pilgrimage the description of the Gopratara Ghat, which was a part of Ayodhya, is found in the following slokas –

The Gopratara is now called Guptar Ghat which is at Faizabad near Cantonment area. The photograph of the Rama temple at Gopratara Ghat taken sometime during the last quarter of the 19th century and published in the book ‘Padri Elliot of Faizabad: A Memorial’ in 1906.

The general misconception that after the departure of Lord Rama to the Vaikuntha and establishment of the capitals of at Kusavati (near the Vindhya mountain) by Kush and at Saravati (Sravasti) by Luv, Ayodhya became desolate and it remained so until its discovery by Vikramaditya is far from truth. The fact is that when Kush was ruling from newly established capital Kusavati; the Nagaradevi of Ayodhya one night went to see Kush and narrated her woes and requested him to restore the capital at Ayodhya. Next morning, Kusa left for Ayodhya ( ) and rebuilt Ayodhya with his guild of artists in such a way that it looked as grand as it was in Rama’s time. Kalidasa has described it eloquently in Raghuvamsa in the 16th canto in these words: तां शिल्पिसंघाः प्रभुणा नियुक्तास्तथागतां संभृतसाधनत्वात्। पुं नवीचक्रुरपां विसर्गान्मेघा निदाघग्लपितामिवोर्वीम्।।38।। . By the order of the king Kush guilds of artisans, with their advanced instruments, renovated Ayodhya, as if clouds, by the order of Indra, made the hot earth green by rain-fall.वसन्स तस्यां वसतौ रघूणां पुराणशोभामधिरोपितायाम्। न मैथिलेयः स्पृहयांबभूव भर्त्रे दिवो नाप्यलकेश्वराय || 42 ||

Ayodhya looked as beautiful as it was earlier. There the son of Maithili, i.e. Kush attained such happiness that he had no desire left for becoming the master of the paradise and the Alakapuri. Descendants of Kush ruled from Ayodhya; whereas those of Luv from Sravasti. King Brihadbala, who was killed by Abhimanyu in the Mahabharata war, was in the line of Luv.

Abhas Verma
Abhas Verma is an IT professional in a MNC in Bangalore by profession and a writer by choice , he is the author of following books : 1.) Third Battle of Panipat ; 2.) Maratha Warriors of Panipat ; 3.) Historical Context of Shri Ram Janambhoomi . He is very popular on Quora and has has more than 1 million views. Here is a link to his blogs : https://thirdbattleofpanipatmaratha.blogspot.com/
Previous articleIndian Americans organize Candlelight Vigils across USA condemning Jihadi Terrorism
Next articleIt’s brazen: A Conference on Dismantling Global Hindutva
- Advertisement -