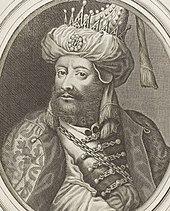 We already have learned from eminent Historians like Romila Thapar,  Irfan Habib and Audrey Truschke that Aurangzeb and other Mughal rulers protected more temples than those they destroyed. Though the Historians didn’t tell us, “From whom did the Mughals protect the Hindu temples ?” we can assume it must have been from Martian attacks.

We also must understand the Paris knife attacker saved more people than he actually killed. He could have killed a lot more people but the kind man didn’t. The 26/11 Mumbai attackers saved the entire population of Mumbai while they killed only a few hundred people. These are just a few recent examples to illustrate how the Mughals protected more temples than they destroyed.

We already know how Aurangzeb began celebrating Makar Sankaranti to commemorate his “bittersweet” relationship with Chhatrapati Shivaji Maharaj. It was originally “Makkaar Sahan Kraanti” or “Revolutionary Tolerance of the Cunning Man”. Every year, we’re reminded about a “Muslim” shepherd Buta Malik discovering the Amarnath Shrine. Yes, that Amarnath Shrine which has been mentioned in Indian literature predating Islam.

There are so many beautiful, heart warming and gut wrenching stories of communal harmony, all developed thanks to the great Mughals. Here is an attempt to throw light on some of the unknown and unsung stories of benevolence and kindness of Mughals towards Hindus. This article will concentrate on Aurangzeb, the “Benevolent Dictator” held so close to their hearts by Romila Thapar and Audrey Truschke.

Aurangzeb was so kind to Hindus that his Zenana had more Hindu women than Muslims. He has been accused of enforcing “Jezia” religious tax on Hindus. But the reality is something else. Aurangzeb was a kind and austere Islamic Scholar like Abu Bakr Al-Baghdadi. He didn’t approve of opulence and wasteful expenditure. Hence he taught value of money to the Hindus by making them pay for practicing their religion. Essentially, it was a secular act. All the money was spent towards the welfare of Hindus who chose to practice the right religion like Aurangzeb. It was a wonderful gesture of communal harmony that is still practiced in India. They don’t call it “Jezia” now. They are divided into two subsections called “Tax” and “Minority funds” like “Haj Subsidy”.

Aurangzeb was a pioneer in research in Surgical medicine. He encouraged improvised Surgical procedures on head, neck and eyes. Several Sikh and Hindu Kings and religious leaders were part of these revolutionary research projects. Guru Teg Bahadur and Chhatrapati Sambaji Maharaje were two such people who volunteered to participate in these Surgical experiments.

A lesser appreciated act of Aurangzeb was his steadfast adherence to frugality. Most of the Mosques built by him were erected with stones, pillars and slabs from the temples he had “protected” from Martian invaders. He never wasted a single stone from the temples he protected.

Gandhi is called the “Father of the Nation”. Enlightened Historians like Ram Guha think Akbar the great is the real “Father of India”. But unfortunately nobody gives due credit to the true hero Aurangzeb. He is the de facto “Father of Modern India”. He perfected the art of “positive discrimination” towards minorities. Gandhi, Nehru and all the modern day leaders learned the art of positive discrimination from Aurangzeb. India’s secularism is founded on this principle of Aurangzeb. It was spelled in beautiful words by former PM Dr. Manmohan Singh, “Minorities, especially the Muslims have the first rights over the resources of the nation.”

The word secularism itself was coined by Aurangzeb. He termed the process of better treatment of minorities as Sheikh-ul-ar. The British changed it into Secular. The need for brevity is forcing the author to truncate this effort to unveil the complete greatness of Aurangzeb. We may require volumes to enumerate all the contributions of Aurangzeb to the cause of modern India. Hence Aurangzeb must be recognized as the “Father of Modern India”, the India as envisioned by Pandit Nehru.

Post Script: Those prejudiced minds who hate Aurangzeb might see this article as a satirical piece indulging in sarcastic deprecation of the great Alamgir. The author is not responsible for such misinterpretations. The author firmly believes in Romila Thapar, Irfan Habib and Audrey Truschke school of Distory.

GovindRaj
Previous articleWhy Trump lost Elections?
Next articleWho Else Knew About Balakot Besides Arnab? MANY
- Advertisement -