ANTI NATIONAL DESIGNS IN CAMPUSES : INTELLECTUAL TERRORISM IN THE NAME OF ACADEMIC FREEDOM 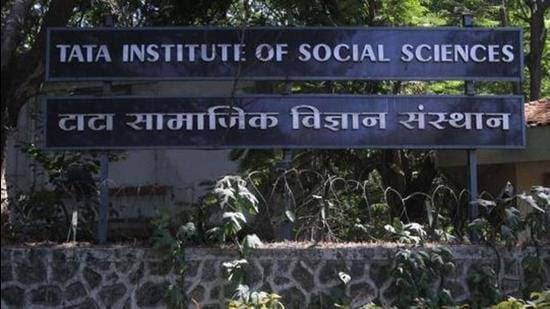 Recently, screenshots of a dissertation work of a TISS Hyderabad student went viral on social media which created huge outrage among the netizens. The dissertation titled, ‘Engendering Conflict: Understanding the Impact of Militarization, Conflict and Pandemic-induced Lockdown on Domestic Violence in India Occupied Kashmir’ was submitted by one student named Ananya Kundu and was supervised by her Professor Dr Nilanjana Ray. Both, student as well as her professor belong to the School of Gender Studies at TISS, Hyderabad campus. The dissertation contains some extremely objectionable and incendiary comments about Jammu and Kashmir. The student has referred to Kashmir as ‘’India occupied Kashmir’’ which undermines the very sovereignty and integrity of Indian state and defies the authority of the state. Is the author of the paper speaking the language of Pakistan?

The paper states, “Indigenous Kashmiri researchers have shied away from working on domestic violence since recognition of domestic violence as a serious gender-based concern in the valley will contribute to the larger Indian state rhetoric of vilifying Kashmiri men which will then validate the Indian state’s imperialist intentions on the pretext of “protecting” and “rescuing” Kashmiri women.” Clearly, this excerpt from the dissertation work manifests the ulterior motive of the student to portray the Indian state as ‘’imperialist’’ and perpetrator of violence on Kashmiri people and especially on the Kashmiri women.

It further puts forth a bizarre argument blaming the Indian state’s actions in Jammu & Kashmir for perpetuating ‘’militarization’’ of the valley and instigating gender – violence in the Union Territory. Now, it is preposterous and devoid of logic that a postgraduate student writing her dissertation is blaming Indian government for domestic violence prevailing in J&K. This is nothing but toxic feminism being camouflaged as academic freedom. Domestic Violence is not endemic to Kashmir and such cases are reported from across the country. The state has adequate legal and social aid mechanism to address the serious issue of domestic violence and provide relief to the victim(s). It smacks of a sinister conspiracy as to why a social malaise was given a specific political orientation and was politicized to the extent of vilifying and denuding the Indian government.

The paper also terms Pakistani invasion into J&K after independence as ‘’freedom movement’’ by ‘’Kashmiris’’ who did not wish to remain a part of India. As soon as the screenshots of this alleged dissertation work created a storm on the digital space, people took to Twitter to vent their anger and shock on this issue and some even tagged Union Education Minister asking him to take strict action on this. Under fire for failing to stop such blatant anti India activities right under their nose, the authorities of TISS Hyderabad were found wanting of an explanation.

This incident is just one of the many such incidents reported from universities across India in recent years. Provocative anti national sloganeering, organizing protest marches to set free urban naxalites locked up in jails, celebrating the martyrdom of CRPF personnel after naxal attacks in Chattisgarh, constantly conspiring against Indian state in some pretext or the other have become new normal for this organized gang of professors and students unleashing intellectual terrorism of the worst kind poisoning the minds of impressionable young students by sowing the seeds of disaffection against Indian state within them. The famous movie’ Buddha in a Traffic Jam’ aptly depicts this scenario. Students – the future of our country are being misled and misguided by these vested interests to achieve their own political ends. In the name of academic freedom and culture of fearless debate and discourses, what we see is diabolic plans being hatched against this nation and against the government of the day just because of their inherent political biases and agenda. The Left dominated campuses provide the ideal toolkits to advance these evil plans with utmost impunity. Our constitution has itself drawn the lines quite unambiguously. No freedom is absolute, let alone academic freedom.

Even our fundamental rights have reasonable restrictions. Absolute and unbridled exercise of right to freedom imperils the very notion of constitutional morality and defeats the idea of a democratic society. If your idea hurts the conscience of majority of the countrymen, militates against the command of the sovereign then such an idea violates the edifice of a free democratic country and it is imperative to crush such a debilitating imagination.

Now the question arises, How long? How long are we going to tolerate these obnoxious elements hell bent on running a smear campaign against this country? What action should be taken against such Professors who encourage their students to work on such projects which threatens our national integrity and sovereignty? When shall we rescue our higher educational institutions from the hostage of these intellectual terrorists? A distraught and dismayed citizens desperately awaits answers to these questions.