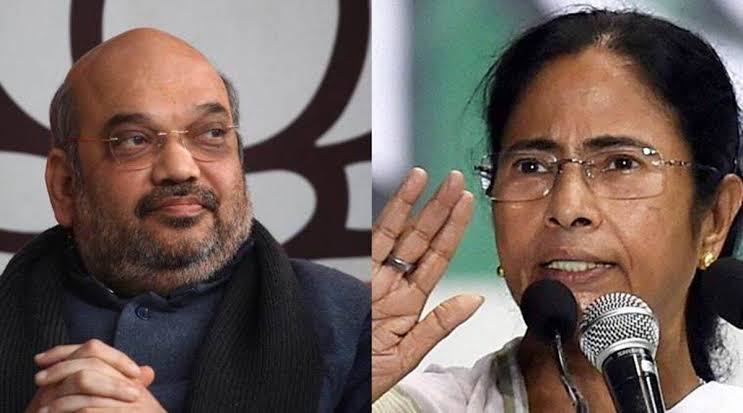 Shovandeb Chttopadhyay was made the scape goat and nominated as the TMC candidate from Bhawanipore Vidhansabha. Bjp has nominated Rudranil Ghosh a Bengali film actor from this constituency.

The fight was neck to neck but then Amit Shah entered the constituency and completely swayed away Bhawanipore constituency far very far away from the grip of Trinamool Congress.

Amit Shah made a door to door camapign in Bhawanipore and showed to the world the feeble condition of living of people under the direct administration of CM Mamata. The narrow lanes hardly had any facilities. The world got to know if this is the situation of her own constituency what would have happened to entire state. Amit Shah definitely know how to make sure BJP wins.

On his visit to the narrow lanes of slums in Bhawanipire Amit Shah was welcomed with sankh dhwani,roses and the Broad smiles. Every family he touched became his voter.

If many locals are to be believed half of the Harish Mukherjee Road is now Abhishek Banerjee ‘s and the voters who made Mamta what Mamata is today are still forced to live in such untidy slums. This is not going well with the people of Bhawanipore and definitely this time again Amit Shah has made it happen for BJP.

On 2nd May lotus will bloom in the den of Mamata Banerjee.

Sourav Mishra
Previous articleVoter Cards Snatched. Voters Threatened in Kasba.
Where is the Democracy in Bengal ?
Next articleTo break the Hindu Unity, now Bollywood and OTT Platforms have started attacking Brahmins by showing them as EVIL
- Advertisement -