Will the President Mahmoud Abbas lose power to Hamas! 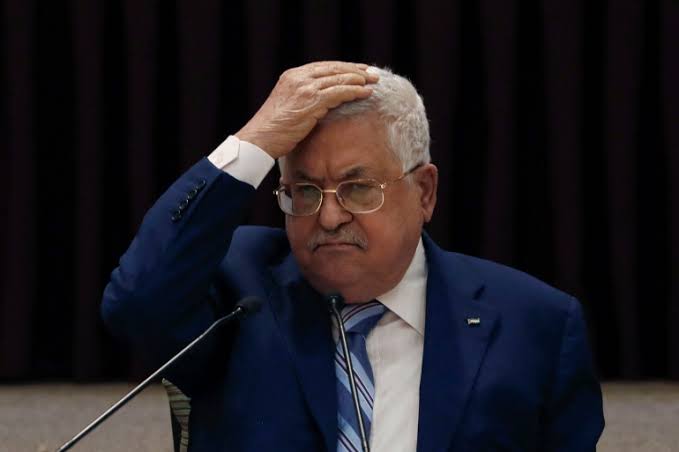 Turkish President Recep Tayyip Erdogan reportedly told the Palestine Authority President Mahmoud Abbas during a meeting on Saturday that he would not be silent about “Israel’s atrocities” in Palestine. Great words coming from the biggest butcher of Turkey was laughable. Turkey has special interest in the Middle East region, as it is rumoured that even though OPEC members officially reduce production from their wells, but many oil producing nations do not cut production but continue to drill oil and Turkey is accused of trading illegal crude oil in the international market.

According to the Turkish state-run Anadolu Agency, Erdogan stressed to Abbas during the meeting that Turkey “did not” and “will not remain silent about Israel’s atrocities in Palestine.” He also said that peace and stability will not be possible as long as the “Israeli occupation” continues, according to Anadolu. This is the usual loud noises which are told to the visiting Muslim dignitaries of this region which nobody listens.

A statement from Abbas claimed that Erdogan was “briefed on the latest political developments regarding the Palestinian issue” and “the effects of the Israeli aggression on the Gaza Strip,” including the “displacement of citizens.” The statement also said that the two examined “issues of mutual interest.”

Abbas travelled to Istanbul on Friday for a three-day trip to speak with Erdogan. According to Palestinian officials, Abbas wanted to “ask Erdogan to use his influence with Hamas to resolve the dispute between the Palestine Authority and the Islamist movement over the reconstruction of the Gaza Strip.” Palestine Authority is losing the control and its grip in the Gaza region but elections have been postponed again citing unfavouring winds.

Large-scale protests against Abbas took place in Hebron last month during the funeral of Nizar Banat, a critic of the Palestinian Authority (PA), who died after being arrested in the West Bank. Banat’s family accused the PA of assassinating Banat, and protesters during the funeral shouted, “Go away, go away, Abbas,” and “The people want to overthrow the regime!”

During an interview following Banat’s death, Palestinian Minister of Justice Mohammed al-Shalaldeh claimed the incident was not a case of the government silencing a critic and said the PA was closely following the case, which is being investigated “objectively, impartially and confidentially.”

The funeral of a prominent critic of the Palestinian Authority (PA), who died after his arrest in the West Bank on Thursday, has turned into a large-scale protest against President Mahmoud Abbas. Thousands of people attended the funeral of Nizar Banat in Hebron on Friday, many of whom gathered for a protest after the body of the opposition blogger and politician was laid to rest.

They reportedly marched through the streets chanting slogans, including: “Go away, go away, Abbas” and “The people want to overthrow the regime!” The latter chant gained popularity during the so-called Arab Spring in 2011, which saw longtime leaders deposed in Libya, Egypt, Tunis and several other countries in the region.

Some in the crowd carried Palestinian flags and the green banners of armed group Hamas, which runs Gaza and rivals the PA in the West Bank. Several hundred Palestinians also gathered after Friday prayers at the Al-Aqsa Mosque in Jerusalem, chanting anti-Abbas slogans and accusing the PA of being “Israeli spies.” There was a smaller protest in the West Bank city of Ramallah, too.

Banat was well known for his videos on social media, in which he accused the Palestinian Authority of corruption and unnecessary close ties with Israel. He had called upon the international community to cut financial aid to the State of Palestine over its suppression of free speech, violations of human rights and authoritarian rule. The 44-year-old was planning to run in this year’s Palestinian election, which Abbas postponed in April amid divisions in his own party and a dispute over voting in East Jerusalem.

Palestinian security officials detained Banat at his home in southern Hebron on Thursday, with his relatives later saying the activist was viciously beaten before he was taken away. His death was reported a few hours later. An autopsy indicated he suffered an “unnatural death.” People started protesting Banat’s death earlier on Friday, with a crowd clashing with PA security forces in Ramallah. Batons and tear gas were reportedly deployed by officers, clad in riot gear.

Will there be another Arab spring? No. Not in the immediate future till year end!