Why it is important for all Indians to read Bankimbabu’s work. 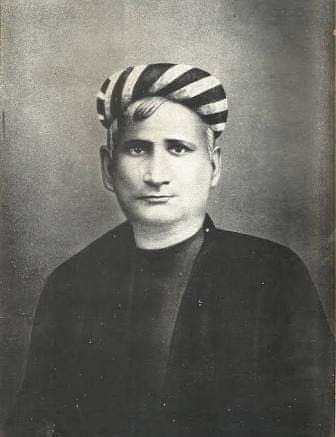 The name, Bankim Chandra Chattopadhyay has, over the years become synonymous with Nationalism, particularly in Bengal because he was the one who lent a voice to the myriad nationalists, through his immortal composition, ‘Vande Mataram’, our National Song.
Bankim Chandra Chattopadhyay was born in 1838 in Kanthalpara village in the Bengali town of Naihati, North 24 Parganas, to Jadav Chandra Chatterjee, a Civil Servant and Durgadevi. He had developed a flare for writing from his youth. It is said that the pen is mightier than the sword and Bankimbabu was a living manifestation of the proverb, inspiring the Indian freedom fighters spread across our nation with his aggressive, arousing and powerful compositions – something which a million swords or other arms may not have been able to do.

While fulfilling his father’s dream of becoming a civil servant, Bankimbabu had no qualms in taking on his British imperialist bosses with his die hard loyalty towards his mother nation, whom he loved to address as much. His novel, ‘Anandamath’ (‘Abbey of Bliss’), published in 1882, can easily be considered as the guidebook of Nationalism. Set in the backdrop of the Sanyasi Rebellion of 1776, the novel chronicles the determined rebellion and a fight back by hindu seers against the British colonial rulers. The most noteworthy lines of Ananda Math go thus :
‘Life is so trivial. Anyone can lay it down’
The protagonist, Mahendra asked – ‘What more can I give’?
Pat came the reply – ‘Bhakti‘
‘Anandamath’ thus taught the Indians the most important lesson in Nationalism or love towards their mother nation, Maa Bharati – that of ‘Bhakti’ or undying love and devotion for the nation which would drive them towards achieving the best for her cause, towards striving to take her to the topmost tier of development and well being. Giving up one’s life is simple but to live it fully in dedication towards the cause of the nation is more important because it is through this dedication that our nation gains.

It is this ‘Bhakti’ which was the primary driving force for our valiant nationalists who gave a major jolt to the British Empire ruling India as to cause it’s ‘Sun to Set’ here. It was the stimulus for all – be it Swami Vivekananda, Netaji Subhas Chandra Bose, Rash Behari Bose, Veer Vinayak Savarkar, Lokmanya Bal Gangadhar Tilak, Bagha Jatin, Rishi Aurobindo, Veer Khudiram Bose, Masterda Surja Sen, Binoy, Badal, Dinesh, Matangini Hazra, Pritilata Wadedar, Bina Das, Deshbandhu Chittaranjan Das, Sir Ashutosh Mukherjee, Dr. Shyama Prasad Mukherjee, Pt. Madan Mohan Malviya, Pt. Din Dayal Upadhyay and so many other Desh Bhakts. It was this ‘bhakti’ which motivated Dr. K. B. Hegdewar to found the RSS and Guruji M. S. Golwalkar to nurture it and help create a brand of youth who would serve the cause of the nation by serving it’s citizens during adversities and also train them to be better human beings. It is the same ‘Bhakti’ which has been the major stimulant for our hon’ble PM Modiji and his nationalist government to steer our nation to a never seen before path of development achieved through self help or ‘Atmanirbharata’. It is this ‘Bhakti’ which drives you and me towards the goal of performing our best so that our nation thrives.
Anandamath’s claim to national fame was more for the song ‘Vande Mataram’, which was an integral part of it, being the mantra or the driving force of the revolutionaries to go for the jugular of their European tormentors. The novel first appeared in serial form in ‘Bangadarshan’, the literary magazine that Bankimbabu founded in 1872.

Bankim Chandra Chattopadhyay was the first to envisage and illustrate our nation as a mother and equated her with Maa Durga. His illustration of Bharat Mata in 1870, that of a lady with four hands, clad in saffron, holding a book, sheaves of paddy, a piece of white cloth, and a rudraksha garland (mala) in those four hands, was adapted by Abanindranath Thakur, renowned painter and nephew of Gurudeb Rabindranath Thakur, in his 1901 painting of Bharat Mata. Bankimbabu went a step ahead and invoked Maa Durga as Bharat Mata in his song, Vande Mataram (Oh Mother! I bow to you). The verse ‘ Jago Durga Dashapraharanadharini’ of the song ‘Vande Mataram’ is a clear indicator of the same. The music for the song ‘Vande Mataram’ was composed by Gurudeb Rabindranath Thakur. The song gained prominence during the Swadeshi movement triggered by the first partition of Bengal in 1905 by Lord Curzon.

Bankim Chandra Chattopadhyay was revered as an author for his versatility in the selection of themes for his novels and of his command over the Bengali language while writing the verse. The first Bengali novel, ‘Durgeshnandini’, a historical romance, was written by him in 1865. If one were to talk of women empowerment, progress and liberalism, two of his famed novels, “Devi Chaudhurani” and “Kapal Kundala” are the ones to look out for. The former narrates the sojourn of an ordinary 19th century village belle, who turned into a bandit queen to take care of the distressed populace of her native land and protect them from the British colonial rulers and their planted stooge zamindar or feudal lord, who, incidentally was her father in law. ‘Kapal Kundala’, a romantic tragedy, tells the tale of another strong willed and gutsy forest dweller girl, who goes to all lengths to protect her husband, a wealthy landlord, from the clutches of a scheming sage, who was her foster father. He wrote fourteen novels cutting across different periods of time and themes. His other prominent works include ‘Bishbrikkhya’ (The poison tree), ‘Rajani’, ‘Indira’, ‘Krishnakanter Will’, ‘Chandrasekhar’, ‘Rajsimha’, ‘Mrinalini’ and an English novel ‘Rajmohan’s wife’. It is for this versatility in composing prose that he was called Sahitya Samrat.
Bankim Chandra Chattopadhyay was an ardent nationalist. His commentary on the Bhagvad Gita, published eight years after his death, is well acknowledged. He was a staunch follower and disciple of Thakur Ramakrishna Paramhansadev. Once, while he was visiting Thakur, the latter asked him what caused him to bend, as a reference to his name, Bankim, which meant bent. To this, Bankimbabu jokingly replied – ‘The boot of the British imperialists’. The boot caused him to bend away from his British employers but he was not to be broken. His novel, ‘Anushilan Tathya’ inspired Pramatha Nath Mitra to found the ‘Anushilan Samity’ in the early 20th century, which was a secret society of Indian Nationalist freedom fighters against the British, in the guise of a fitness club. The biggest endorsement for Bankimbabu’s nationalism was done by none other than Rishi Aurobindo, who wrote in his memory –‘The earlier Bankim was only a poet and stylist, the later Bankim was a seer and nation-builder’.
It is Bengal’s misfortune that literary creativity of the state has hit an abysmal low, thanks to the liaison with Cultural Marxism. It is imperative that all Indians including those living in Bengal read more of Bankimbabu’s works to be inspired to create a brand of literature quite close to his works, if not as good as his. With these words we pay tribute to him on his 128th punyatithi (Death Anniversary ).

Ranita Indic
Previous articleJagannath Temple : Why is the SJAT & Odisha govt ignoring this crucial report of ASI.
Next articleA R Rahman responds to Amit Shah with Tamil pride. Let’s talk about how his mother had insulted Tamil culture.
- Advertisement -