While there is a Civil war going on between the Pakistani Army and Police, Pakistanis are busy sending death threats to an Indian Lawyer for his tweets 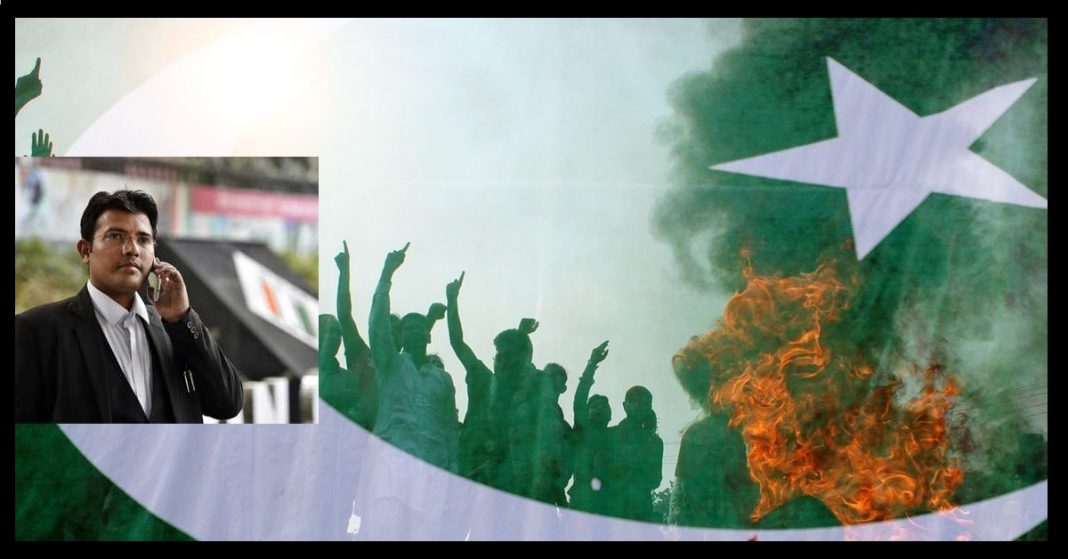 Pakistan is in turmoil, once again. The kind of Civil war has erupted in Pakistan past a high-profile kidnapping of a police chief in Pakistan by official paramilitary troops, has signaled deepening of the political unrest in a country bracing for further opposition protests aimed at ousting Prime Minister Imran Khan.

It has been observed that the Police Force of Sindh has started a revolt against the Pakistani Army. Pakistani Army has arrested retired Captain Mohammad Safdar, who is the son-in-law of Ex Pakistani PM Nawaz Sharif. These developments have gained the attention of the entire world, including India of course.

The famous Indian Lawyer and Social media influencer, Prashant Patel has shared some credible updates about the tensions between the Pakistani Army and Police, which of course didn’t go down well with few, and they have started threatening Prashant Patel. Prashant Patel has tweeted it himself, that people across the border are sending him life-threatening messages and calls.

If this was not enough, Pakistani Authorities are making official complaints to Twitter to suspend his account immediately.

Prashant Patel has tweeted, that ‘Porkistani gang is so rattled that giving me life threat on WhatsApp through voice messages and their Govt authority is complaining about my account with Twitter.

Here is is quite visible that Pakistani’s are rattled by the ongoing tension between their armed forces, and rather than focusing on their internal matters, they are spending their precious time in attacking a person, who is just sharing some facts. This shows the idiotic mindset of Pakistanis.

Here, we support Prashant Patel wholeheartedly, and we also like to reiterate that Pakistani’s cant suppress the voice of people of Sindh, who are fighting to have a separate nation Sindhudesh for their people. This fight of freedom of Sindhudesh has reached in final lap, and disintegration of Pakistan is an inevitable now.